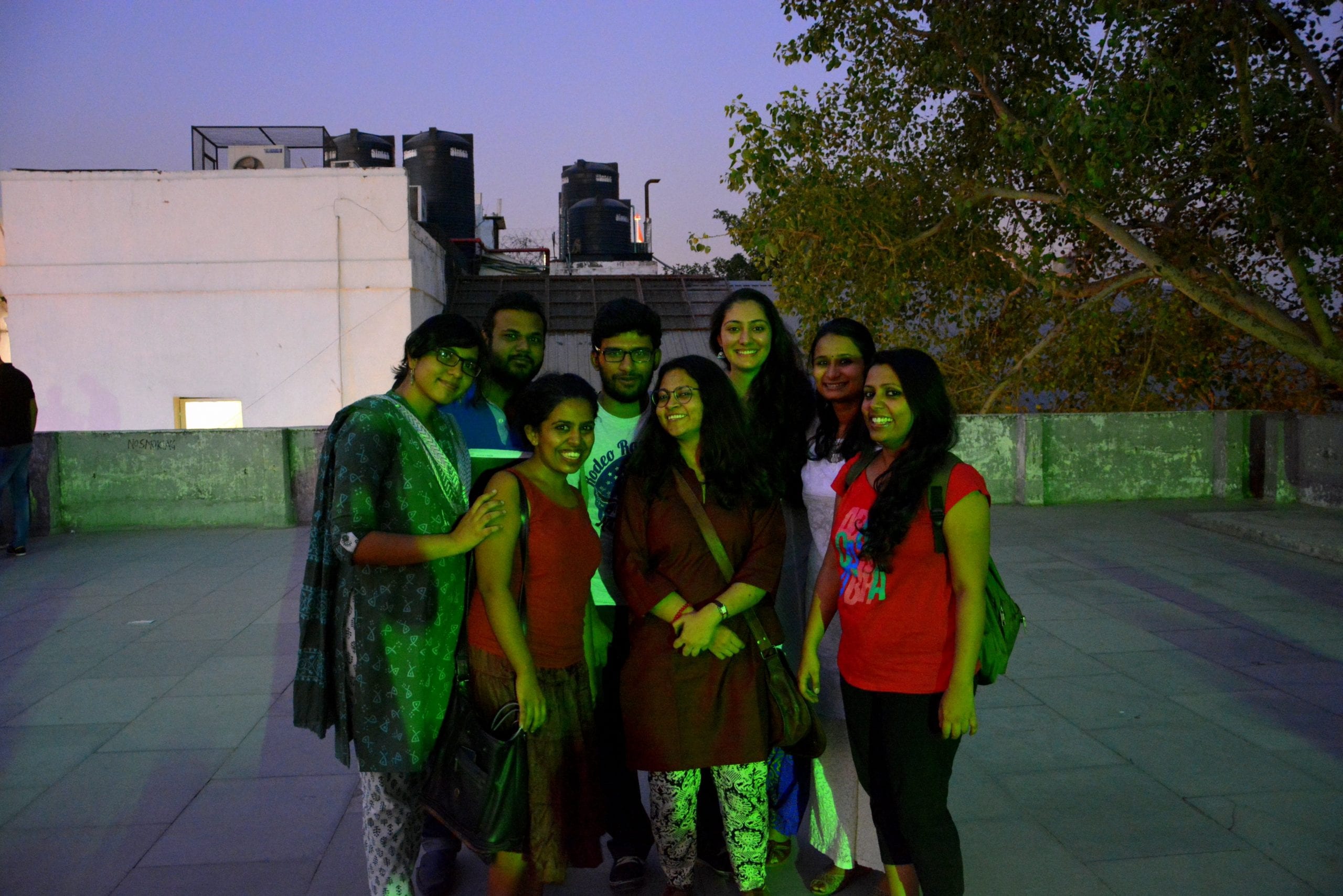 One is always worried before a meet up; when one is supposed to meet one’s fellow comrades. Young Feminist Meet Up in Delhi was one of those days, when one was bit nervous about meeting new faces. Do all feminists look angry? Do they only talk about violence? Are there men who consider themselves feminists? Why would one call themselves feminists and thousand over questions that went through my mind while I patiently waited for the time to arrive.

There were they, the young people who had come together to discuss feminism, and it started on an extremely interesting note by one person declaring she was new to this feminist world and she really wanted to know  more, and her understanding limited feminism to anti- men world. For someone else, it was a fight, fight against the power, fight against patriarchy, fight against systems, and she found refuge in feminism. Someone brought in the concept of equality and thought of gender roles and the insistence of equality without placing it within contexts. It was interesting to realize everyone had their own narratives and their own entry points into feminism. 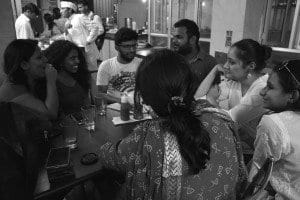 While there were moments of tensions, atmosphere in Indian Coffee House in CP, Delhi did help in bonding. The sheer struggle to get waiters on our table and ensuring we retain our glasses was one of the things that kept us stuck to each other for hours! Some did mention that it was refreshing to see men as part of this discussion. Men also mentioned how it was equally difficult for them to live under different expectations and roles.

Young feminists did find it difficult to organize and come together. 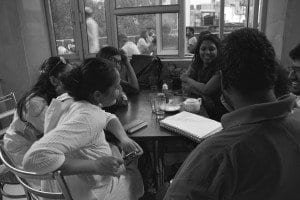 Some shared the lack of spaces to discuss issues and some felt it was all too academic and missed out issues. Someone beautiful summarized it as ” Getting out of our Pinjras” and being on the roads, and yet trying to understand if we really were out there.

It was indeed nice to catch up with fellow souls, who were all living their own lives in a small little feminist world and was nice to catch up with some of the ideas and conversations. For a lot of us, just the idea of having a space to chit-chat, rant and discuss our failures was a good enough step towards a wonderful world of utopia.

We indeed promised to meet up once a month, and agreed on keeping the format informal and open for everyone. It was interesting again to realize that we were aware of our privileges and most of us agreed to make this space more inclusive, not just in words but by actually trying to find out more people out there from different communities. 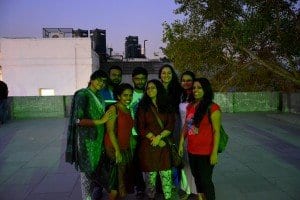 While we walked back to our pinjras, we did have a smile on our face and bit of  a faith, that maybe it is possible to live in a world where there would be justice. Well, someone did mention they wanted to be dreamers.