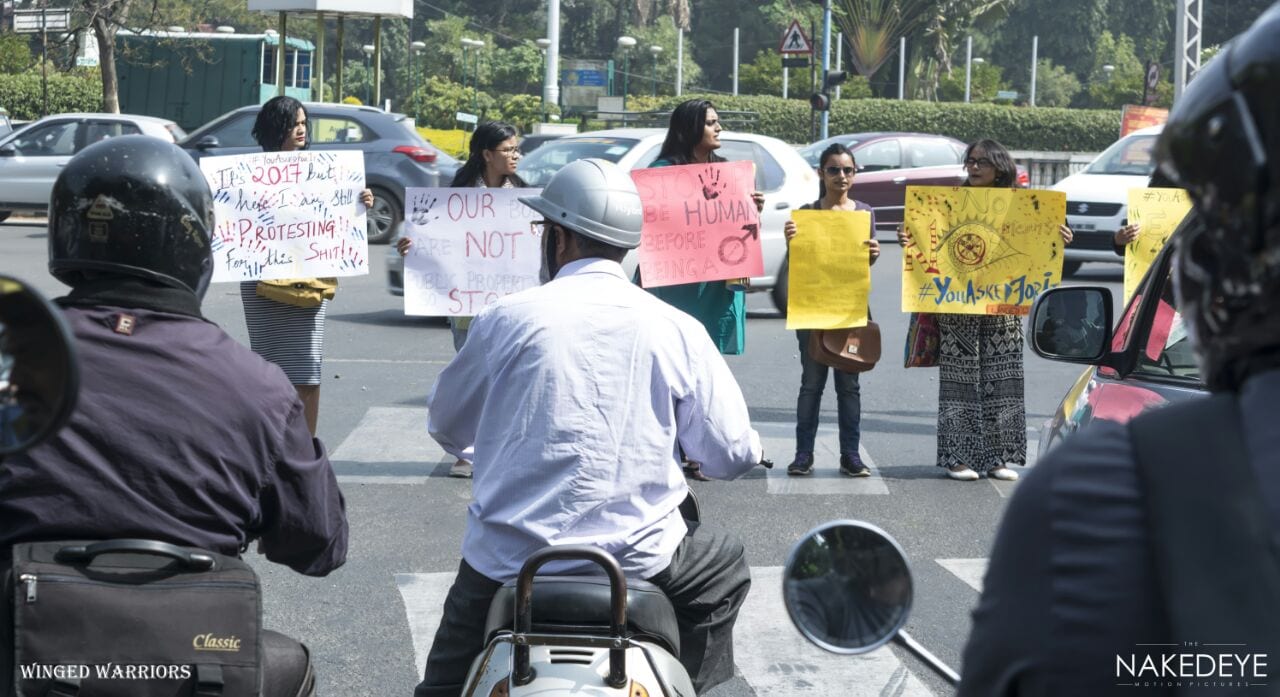 “You asked for it being out so late.”

“You asked for it wearing short clothes.”

Saying enough is enough to all the victim blaming of survivors of sexual assault, Winged Warrior, a recovery forum for narcissistic abuse and codependency held a protest march in Cubbon Park on January 8, 2016 to spell consent and respect for all. Taking the lead from the naysayers about victims of sexual abuse, the march was named #YouAskedForIt.

“People always keep slut shaming saying ‘You asked for it,’ shaming survivors and victims of any sexual assault. It is time to shame the sexual predators and offenders. And that’s why the name #YouAskedForIt for our initiative,” says Arundhati Chaudhari, Managing Director of Winged Warriors.

Though the permission for protest march from Victoria statue at Cubbon Park to the M.G.Road metro station was denied by Cubbon Park police station, the group continued with its protest. Instead of a walk, they stood by the Cubbon Park M.G Road signal, displaying their message boards. “We stood at the signal when signals were red moving from one side to another with each signal change. Traffic slowed down while we were there. I don’t know what sort of an impact it had. It felt like some people saw it,” says Chaudhary speaking about their protest.

The group then moved into Cubbon Park to settle down for a discussion on sexual harassment and other forms of sexual assault that needed more awareness. The conversation revolved around different places – work, home, public spaces and different forms of harassment in each of those spaces, identifying a prospective molester, what can be done about it and self-defence.

“Mostly women, shared stories of sexual harassment. It was an honest expression. It takes a lot of courage to say it out loud in public. To see it was heartbreaking and also enlightening. People are talking about it and it is no longer a matter of shame,” says Vasu Dixit, Musician & Artivist who took part in the march and also performed at the end of it. 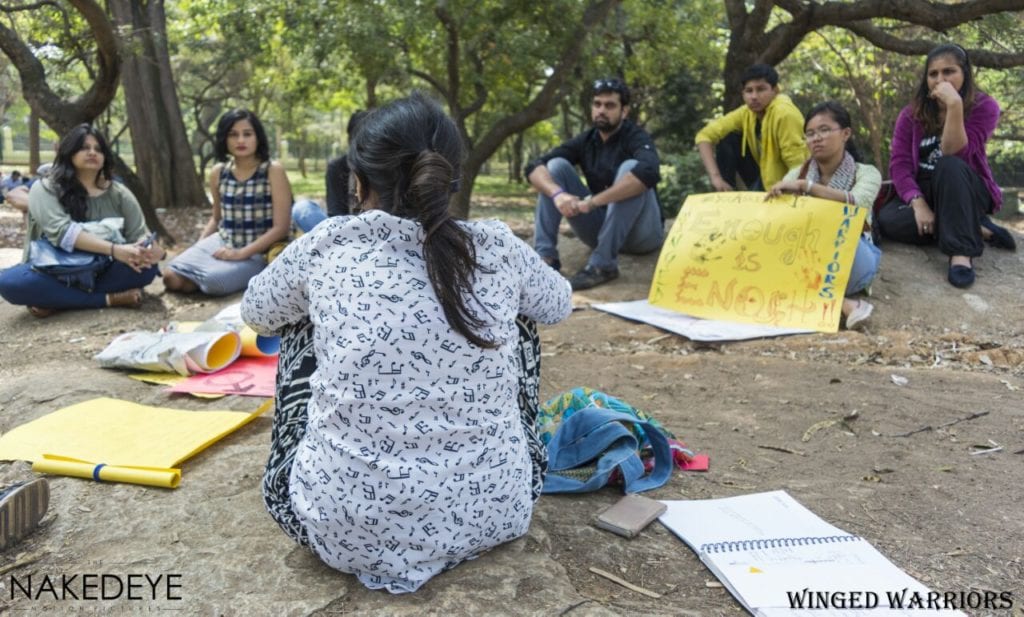 Don’t these protests or conversations die out eventually? What is the effect of such a gathering? According to Dixit, women find a community where their voices will be heard. “In their own houses, they don’t share it to protect the name of the family or out of fear. In such spaces, they can say it out loud. There is a sense of belonging. Men are also taught to have empathy and not shame the women saying that they have been molested but to say you have been molested but I’m with you.”

What is the longevity of such a protest? Is the message and spirit of such groups sustainable? Answering to this question, Chaudhari says, “We later on realized that we need to do more of these charts and display them in public spaces more often. Sensitization program should happen at a regular basis and can’t be compartmentalised.” With that in mind, Winged Warriors intends to have its next session on self-defence, followed by other sessions for survivors of different forms of sexual assaults, one step at a time. Forums, discussions and communities help individually change attitude and help people come together as a society.

#YouAskedForIt may have begun with just a group of fifteen but ended with a group of over fifty people, with on-goers stopping by to take a look especially during the music performance towards the end. That said, considering that all that was shared was personal, confidentiality of the conversation was a priority, notes Chaudhari. Changing the society might take time, but these conversations are the starting point to influence change in people, one person at a time.