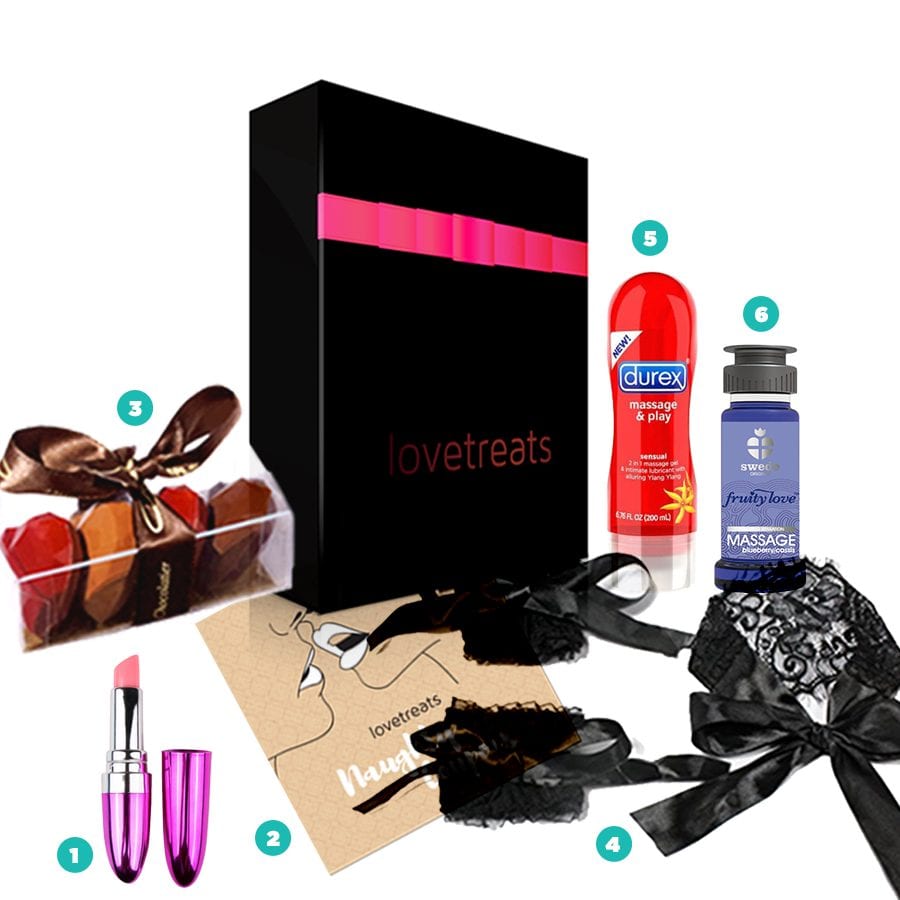 If you have more doubts:

What is life without being a little naughty? May be even some adult toys? What are Indian men and women looking for, on adult toy stores? It got us thinking. So we decided to catch up with Ute Pauline Weimar, Co-Founder of Lovetreats, an online adult toy store to find out what their customers want from an adult toy store.

Along with what’s in and what’s not, you could also get an inspiration or two! So read on! 😉

Who goes on Lovetreats and where from?

Mostly people in the age group of 25-35 years come on our website. Our biggest audience is in Bangalore because that is where we are based and that is where we also do workshops and events. However, we also get lot of orders from other metro cities and Tier II cities. I think about 40% of our orders come from Tier III & IV cities. These are really small towns which are not very known. So sometimes big courier services like FedEx do not delive to those pin codes. Then we resend it with India Post. So Tier I & II cities together make up for about 60% of our orders. But the big difference is that, we have lot of female customers from the metro and bigger cities, and from it is mostly male customers from the rural areas.

You call your website women-inclusive. What do you mean by that?

What we mean by that is the entire design of our website including the images and pictures that we use, is supposed to speak to women. It also speaks to men but we are very careful not to use any images that objectify women or that make women feel uncomfortable. We really try to speak to everyone. Traditionally, most adult websites speak mainly to men. They have lot of nude images of women with an objectifying way of talking about women as well. At Lovetreats, we really try to avoid that. And we do see that it works. We do have a large female audience.

We also usually use the word love toys for toys that are softer, for couples because we want to point out that all these products that we sell aren’t only about sex and erotica. They are also about intimacy and experiencing pleasure together with your partner.

In the metro cities, our female buyers are more than male. In the rural areas, we have more male buyers than female. That’s how it gets balanced out as fifty-fifty.

That’s interesting! So what do women look for on your website?

For our female customers, it is mostly about pleasure. They want to buy toys for their own pleasure, mostly to use them by themselves or to use with a partner. But they usually buy toys that focus on the female pleasure. Women are also looking to discover pleasure on their own. One of our bestsellers in the women’s category is vibrator. Vibrators are our bestsellers for over a year. That is a stable trend. It is our highest selling item. Sure you can use them with a partner but I think most women just experiment on their own to use it by themselves. Men on the other hand buy items that are meant to be used with a partner like lubes or massage oil.

Men look for products for couples? What would you say are men’s biggest concerns about sex?

If that’s the case then what are the products that men look for on your website?

When a male customer comes to us initially with these questions of penis enlargement, we ask them what is it that you actually want to achieve. They tell us that they want to increase my partner’s pleasure during sex. Then we recommend them lube, massage oil or vibrating penis rings which enhance pleasure for your partner during sex. 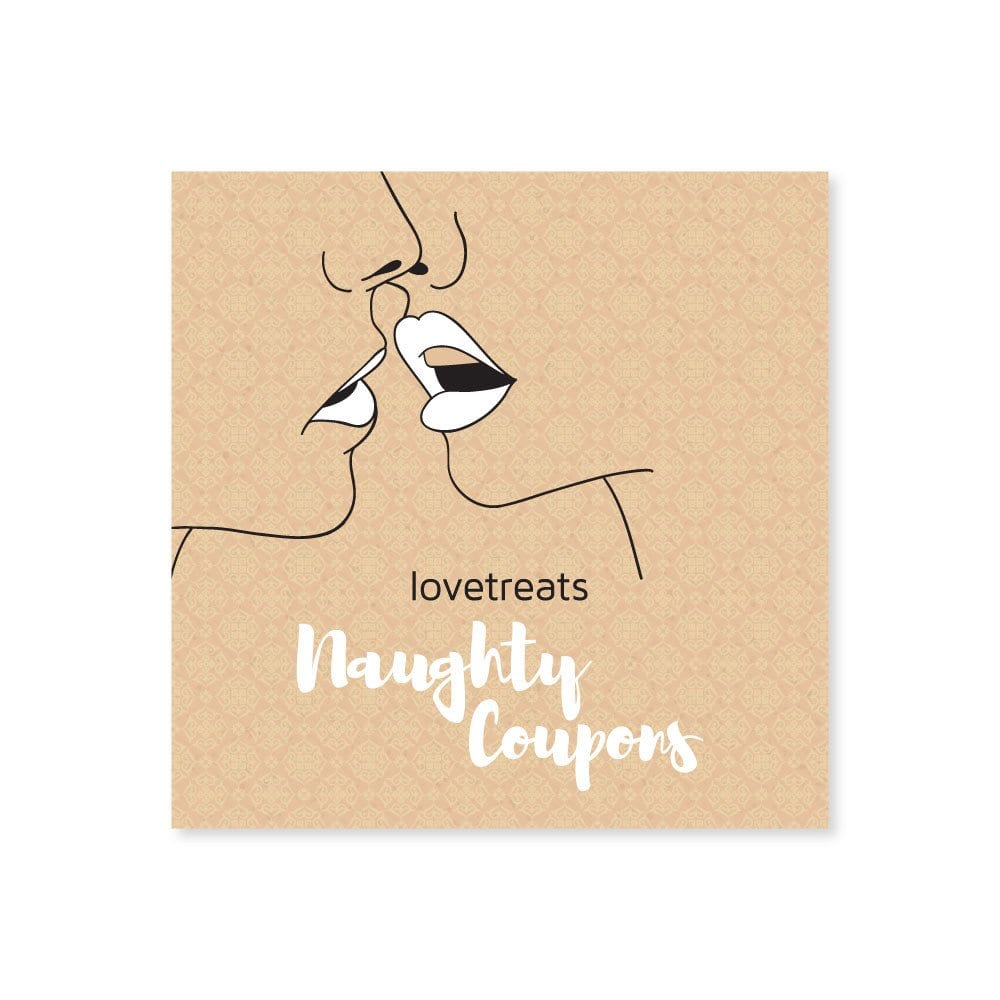 You seem to have an online course on your website. Sounds interesting! Who signs up for it?

The response is really good for the course. We have more signups from men than women, about double the number of women. Lots of people actually also sign up for both. I don’t know what that is about (Ute says with a laugh)

When we started out we had four options – male to male, female to female, female to male and male to female. But we had almost no signups for the other ones. So we’ve narrowed it down. Now we only have courses for men and for women. While it is not exclusive, it is designed for heterosexual couples.  again. But in our blog, we are inclusive. In our blog, we also have lot of articles catering to the LGBTQ community so that’s how we try to make up for it.

Nice to know that you guys are inclusive! Do you have anything special for same sex couples?

What do people buy the most? People from metros and from smaller towns are all looking for the same thing?

Generally, we see that the customers from the metros, who are mainly women, go for toys especially the expensive ones. They will easily spend Rs. 10,000-12,000 on a vibrator. Those purchases are mostly from the metro cities. Tier III & IV have much smaller spends of about a maximum of Rs. 2000 – 3000. They also sometimes buy very small packet sizes of Rs. 200 or 300 because people order condoms. People from bigger cities don’t order condoms, may be because they are easily available. They can go to the pharmacy or drug store and still have an anonymous shopping experience because the pharmacist wouldn’t know everybody in the neighbourhood. However in smaller cities, neither do you have that kind of variety nor is it that discrete because there might be only one pharmacy and everybody knows everybody. This is just a speculation. We have noticed that people from smaller cities buy more condoms from our website.

Apart from condom, what are the other forms of contraceptives that you sell on your website?

We did have female condoms for sometime but we were not able to sell them so we took them off the website because they have an expiry date and the stock was going bad. We figured that there isn’t enough awareness about these forms of contraception. So we are starting a partnership soon with another blog which talks about contraceptives and sexual health. We’ll first raise awareness about other forms of contraception like female condoms and then start carrying them again. We don’t sell options like birth control pills because they are pharmaceutical products and we don’t have the licenses to sell them. We are thinking about starting that too but we want to get a doctor on board to provide the medical knowledge and also answer those questions around contraception.

How do you take sex toys to the people? How easy or difficult is it?

One of the major challenges we face is that we can’t use any mainstream advertising channels. Most other online ecommerce companies, they can advertise on Facebook or use Google Ads. All of that is not open to us because of the nature of the industry. Facebook, Google Ads and all other major channels block ads for adult products. So one of our major challenges is reaching our target audience. So we had to come up with more creative ways to do that. We do videos on YouTube, events, courses, and partnerships with other blogs. We have our own blog. We have our online course so we had to be more creative because we can’t use the traditional advertising channels.