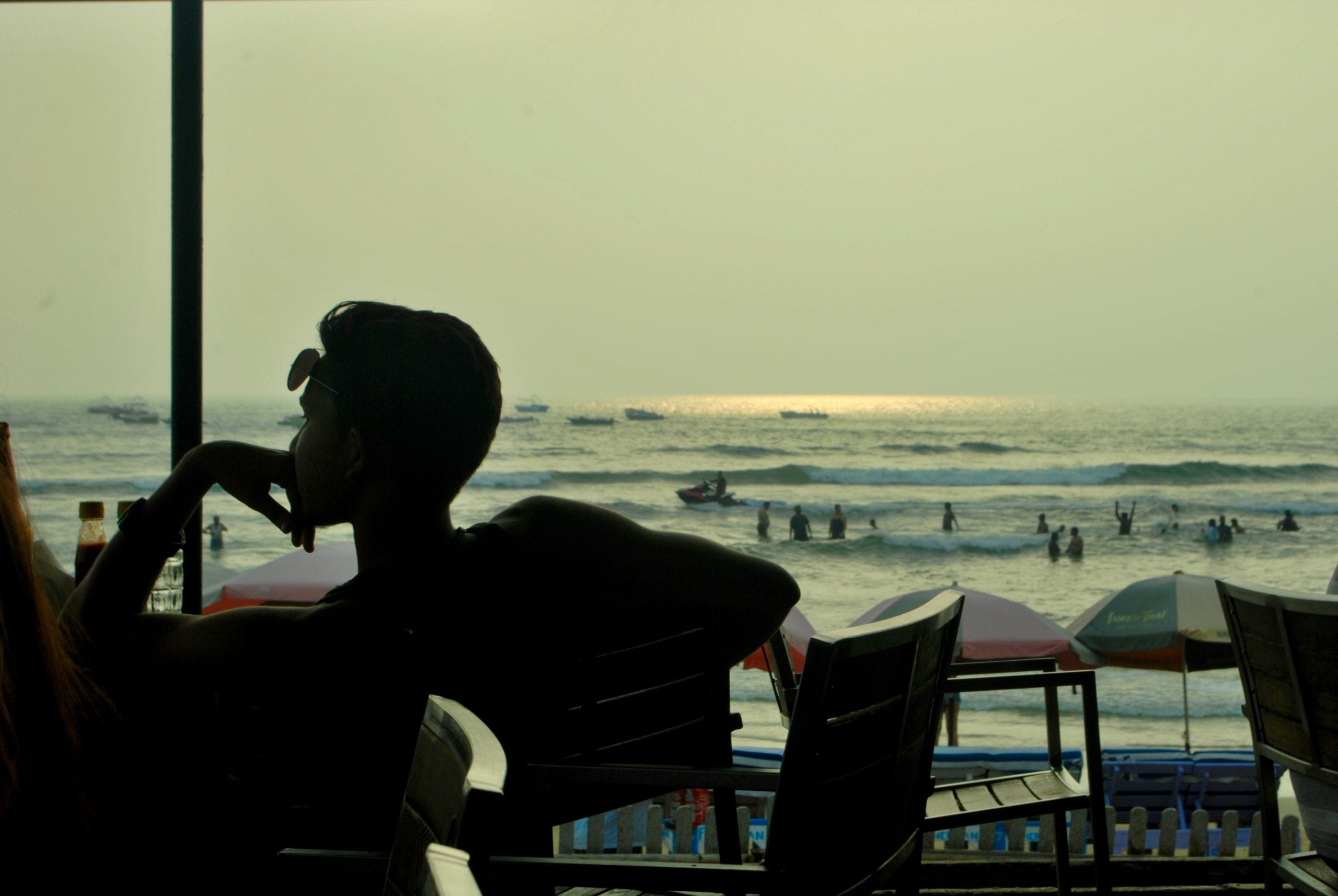 I always thought of Goa as a rather limited travel destination, a place dedicated to beaches and parties. My memories of Goa as a child were all about sand and awkward limbs; as an adolescent travelling with friends for the first time, I remembered that it was a bad idea to wear bikinis on the beaches crowded with Indian men. I was curious about what I would find in Goa this time, travelling as a 20 year old. I would be travelling with my family, whom I don’t travel with as much as I used to, of course, and that would radically alter my experience of public space and safety. Despite that, would I be able to see what Goa does with its public spaces? And would I be able to find a different Goa from the one I saw in the advertisements?

Travelling with family again after one starts living away from home and making a life of one’s own is a strange experience. All of the things I would be worrying about if I were alone or with friends just get radically removed from the picture, and I’m struck with a series of observations: I am watching this scene from two sets of eyes, one alone and worried, and one with my family, relaxed and unafraid. There is something about the adult presence that still makes me feel comfortable and protected, even if it has no backing in reality. Something about me is still decidedly childlike, is naive, is hopeful. Because of all of these things, I often wasn’t focusing on the aspects of a city I usually would be: my family could rent a small car so we could travel all over Goa while sipping beers and laughing, and no Indian man on a beach could dare look at me astray if my father appeared in the background. 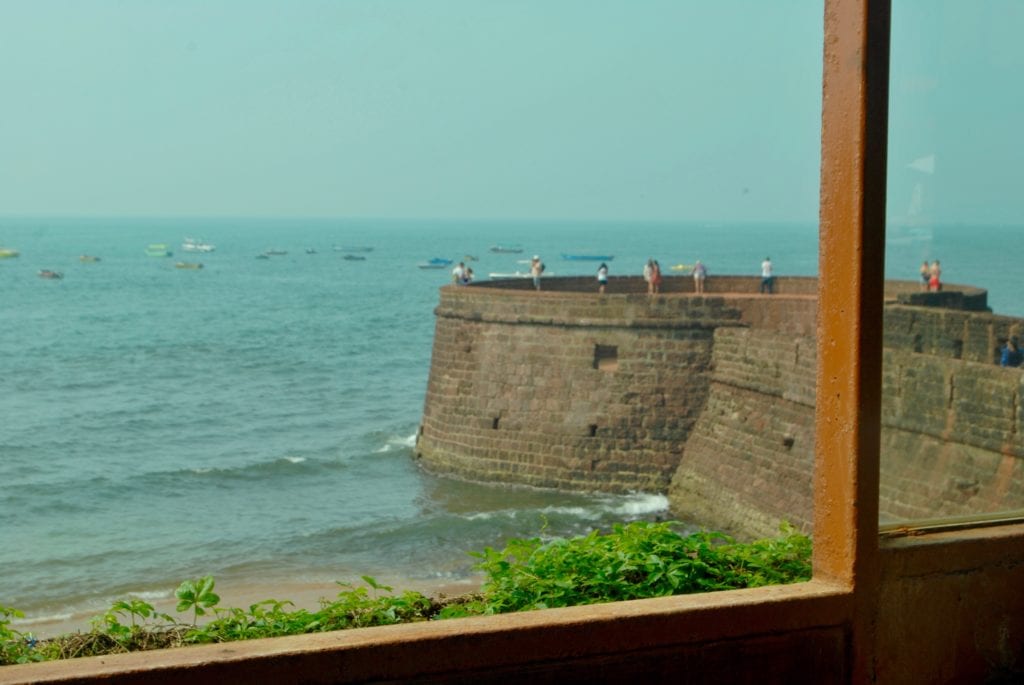 We dedicated ourselves to a list of recommendations my mother had collected from friends, and religiously ticked restaurants off it. Because of the same car though, I saw a very different side of Goa this time. Either I had forgotten, or I had never before seen all the stretches of lush green that Goa contains, all the quaint villages and winding roads. My mother joked that once she was older she would buy herself a small cottage in the village of Arpora, and we examined all the ramshackle villas with keen eyes. Deep inside Mapusa, we meandered through surreal streets and eventually found The Other India Bookstore, that my father had been going on and on about, hidden deep on the first floor of the Mapusa Clinic, behind a single-room store for fixing broken sewing machines. In this tiny place, my father assured me, we would find books that we wouldn’t find anywhere else. And we did! Books on organic farming, on neo-capitalist hegemony, on indigenous medicine, on alternate schooling and architecture, on feminism, on politics; mostly written by obscure authors and kept up on the shelf like precious gems. I was exhilarated. In my last hour in Goa, not only had I discovered another Goa, but I had also discovered a whole Other India!

Later, I remembered what my mom had said when we reached one of the beaches: Goa works at its own time. In Goa, nobody cares what you’re wearing or not wearing or almost wearing. Goa has its own concerns! Everywhere we looked, people were covered in sand and dressed in ways that would have been stared at or looked down upon anywhere else; but because this was Goa, everything was acceptable. How lovely, I thought to myself. This is why everybody always wants to come back to Goa: the kind of inclusivity that a beach-city full of foreigners offers in the rigid structures of India is intoxicating. Although I’m glad this visit didn’t yield a singular vision of Goa to me: I found multiplicities and good literature, which is always a bonus. 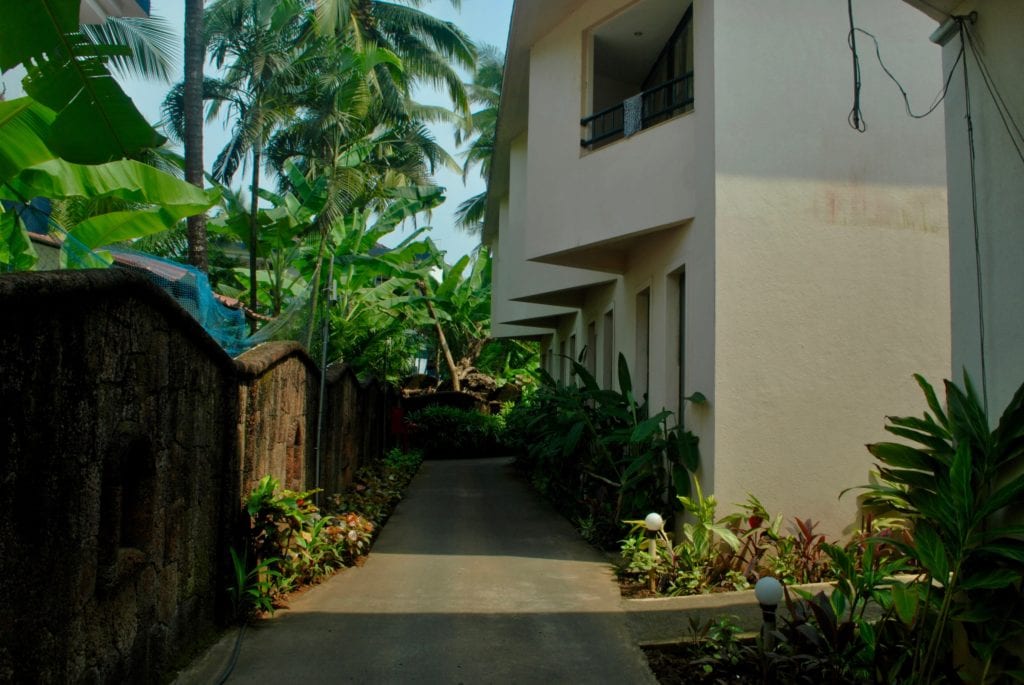