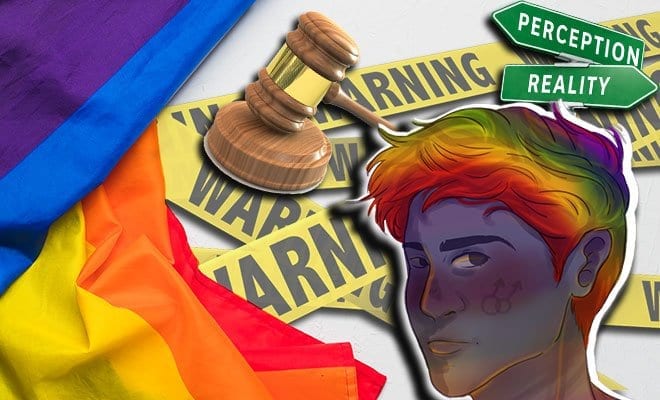 On 5th August, the Transgender Persons (Protection of Rights) bill, 2019 was passed in the Lok Sabha after it was introduced on 19th July, 2019 by Thawar Chand Gehlot, the Minister of Social Justice and Empowerment. The bill stands in dark to the landmark NALSA judgement of 2014 and to the rectifications proposed by trans groups when it was tabled in 2016. It wasn’t until the bill was passed on Monday that its contents were made public.

Despite detailed suggestions by trans, intersex, and gender non-conforming groups, the more discriminatory version of the bill was passed. The issues with the bill range from the denial of freedom of residence, identification, name, and several ‘welfare’ impacts in the areas of education, employment, and health that hang loose without an addressal of the lack of an organisational mechanism to bind mentioned clauses.

Health impacts of the bill

The bill promises measures like providing “medical care facility including sex reassignment surgery (SRS) and hormonal therapy”, counselling before and after the surgery and therapy, greater access of trans person to medical facilities, a comprehensive insurance scheme for SRS, hormonal, laser therapies or any health issues of trans people.

The problem with these clauses is that in India we still do not have a proper system for the  medical requirements of the trans community ― promising SRS, hormonal therapy, laser therapy is of less significance without setting up a medical system that will pay heed to the needs of trans people. Although the bill mandates that transgender persons’ access to healthcare institutions and centres will be facilitated, unless that access is accompanied by reception and treatment from a sensitive hospital staff, a mere entry into the hospital facilities would prove insufficient. There is no mention of training doctors, nurses, and other medical officers into sensitizing them for addressing specific health issues of trans persons.

Not only an organizational mechanism for training medical staff is required for trans persons physical health but also proper training needs to be there for mental health professionals counselling trans people. The persistent discrimination faced by trans persons has severe impact on their mental health which has to be understood by the counselors.

The bill states if the immediate family of a trans person is unable to take care of them, they should be put in rehabilitation centres. This clause denies the right to choose one’s family and place of residence to trans people. In narrowly defining the “family” as “a group of people related by blood or marriage or by adoption made in accordance with law, the bill doesn’t take into account the families trans people choose for themselves, that often become their safe spaces from the violence and discrimination they might face in their birth homes.

A transgender person is defined as one whose gender does not match with the gender assigned at birth, and it includes transmen, transwomen, person with intersex variations, genderqueer and person having such socio-cultural identities as kinner, hijra. Organisations working on trans issues and trans activists have repeatedly pointed out how the conflation of trans and intersex persons is incorrect. The lack of attention paid to trans voices in deciding policies for them is starkly shown in the first page of the bill itself.

Another problematic aspect is the nominations of National Council for Transgender Persons. Out of the 30 nominated members, the bill has 5 trans persons to board the council. Sampoorna India mentions how the most problematic aspect of NCTs is how all members will be chosen by the government. From the NGOs to the trans persons, every nomination will be in the hands of the government which has proven to be corrupt and disregarding of dissent.

With regards to punishment for violence against trans persons, the bill states,

“Offences shall be punishable with imprisonment for a term which shall not be less than six months but which may extend to two years and with fine.”

Sexual harassment of cis-gendered women receives longer punishment than what is prescribed here for trans persons. This hurts the bodily integrity of trans people and is blatantly discriminatory of their rights and bodies.

The bill falls acutely short in guaranteeing the very protection to transgender persons it seeks to in its name. By referring to trans people as the “third gender” it reinforces the problematic categorisation based on hierarchies. Its irony lies in going opposite to the very voices it intends to protect. By not listening to the countless voices, the many years of activism that have gone into the journey of making trans voices get heard in the nation’s judiciary, the passing of this bill becomes a reminder of another hole in the wall of Indian democracy.

Shubhangani Jain: She has just finished her Master’s in Gender Studies and is now looking for places to trade her knowledge with. She doodles and writes about gender, culture, politics, education, and loves to eat panipuri all the time.