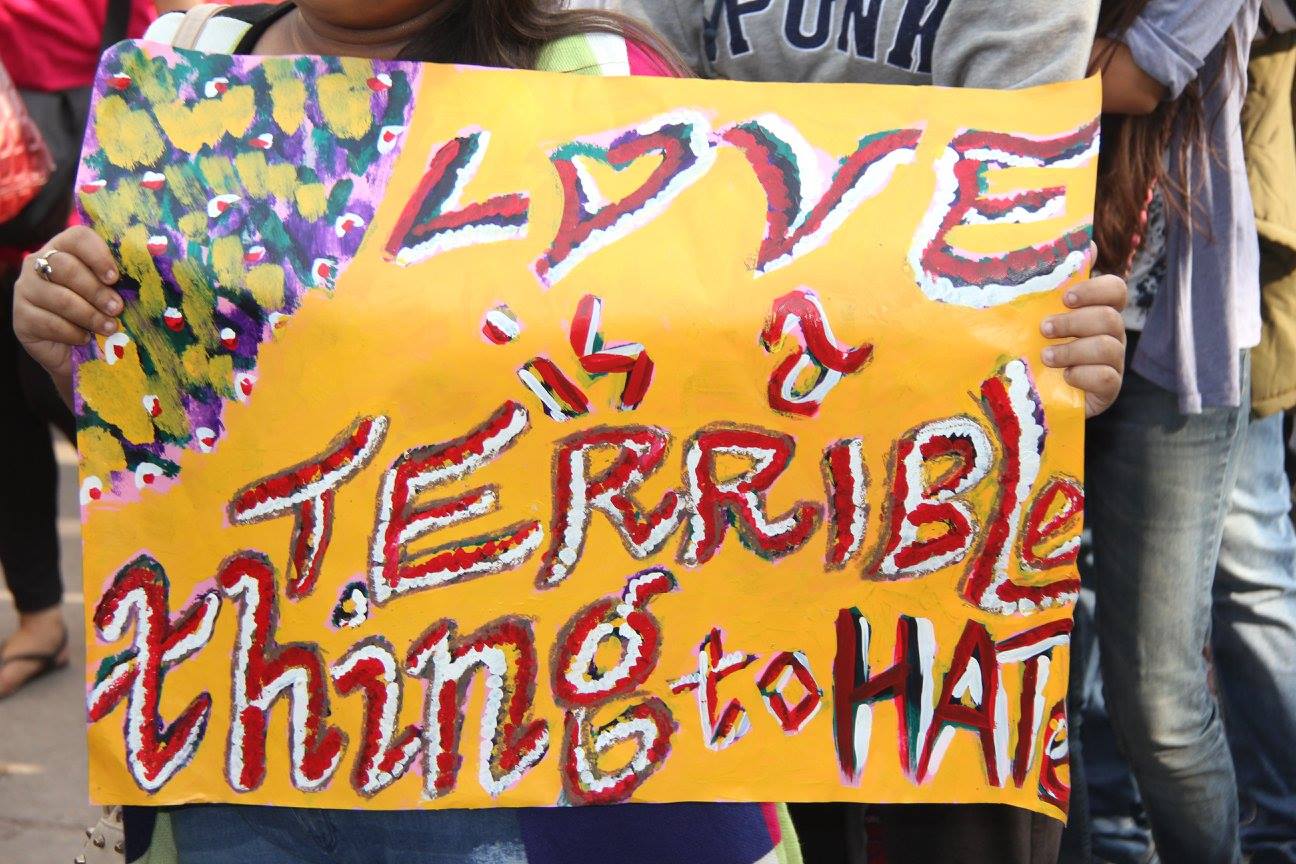 My memories of Chennai dates back from my adolescent age. It is a city of people who welcome variants and stand together for anything that they believe in. Some would say they are just Kanjivaram cladded mamis with studs bigger than their ears but to me, they are introspective people who would always want to learn something new!

Recently, my mum and I visited the 3rd Chennai Rainbow film Festival, one of the very diverse initiatives by Chennai dost which is a community-based group for lesbians, gays and bisexuals in south India. This film festival showcased the films of LGBTQIA filmmakers and others from various parts of the country. It was a 5 day international film festival that took place from the 4th to 8th of January, which had almost over 45 short films and videos extending from fifteen countries; Bulgaria, Spain, Ireland, France, Sweden, Turkey – to name a few. Though it was spread across for five days, it never felt too long neither did it get too boring since the people and their ideas seemed to me each day. The event happened at various places inside the city for the five days, of which the day 1 showcased a fashion show for the LGBT community while the remaining days focused on movie screenings and music performances by/ for the community.

Being an annual event, this festival usually has a thematic overview to the films featured during the festival.  With this year’s theme being ‘hues of love’, the festival featured films which touched upon the genre of love and the duality that exists in the queer community. All films had a queer narrative portrayed in an optimistic manner. Though some lacked professionalism, the films never set aside its pragmatism. Also the approach of screening a film and inviting the filmmaker to speak was very warm and welcoming.

Lighting up the rainbow spirit, there was a music performance by Mr. Adam Grieg and Ms. Alisha who sang a song on how to celebrate oneself. My personal favourite was a short film from Netherland titled Nasser. Nasser a.k.a Naseerah understands that she is queer and the rest of the film is about how she makes her mother understand about her sexuality. There was also a short film from Maharashtra titled Pudhaakar which spoke about a gay couple who got married with their parents’ support. It took me by surprise when I realised that it is the life story of the filmmaker himself. The film spoke for itself and was given a five long minute ovation. The filmmaker’s mother who had accompanied him, was asked to speak.

She came up to the podium and first hugged her son and said, “For me, him being a gay is like a god sent gift”.

She didn’t know what more to say and hugged him again.

While I was secretly wiping away my tears, a voice next to me shouted, “Wish we have more mothers like you, May God bless you!”

The spotlight followed the voice and I saw my mum teary eyed standing and waving at the filmmaker’s mother. Seeing her that excited, I couldn’t contain myself.

I secretly asked my mother, “So do you support the LGBT community as well?”

She replied with a smile, “I support love”.

Like I said, they are not just Kanjivaram cladded mamis with studs bigger than their ears but they are introspective people who always want to learn something new.

Rashmi Raja is a 25 year-old cinephile, an obsessive compulsive human and an oracious animal lover. Pursuing my PhD in Queer studies at the Anna University Chennai, I teach Carnatic Music for kids and learn to love my life from them.