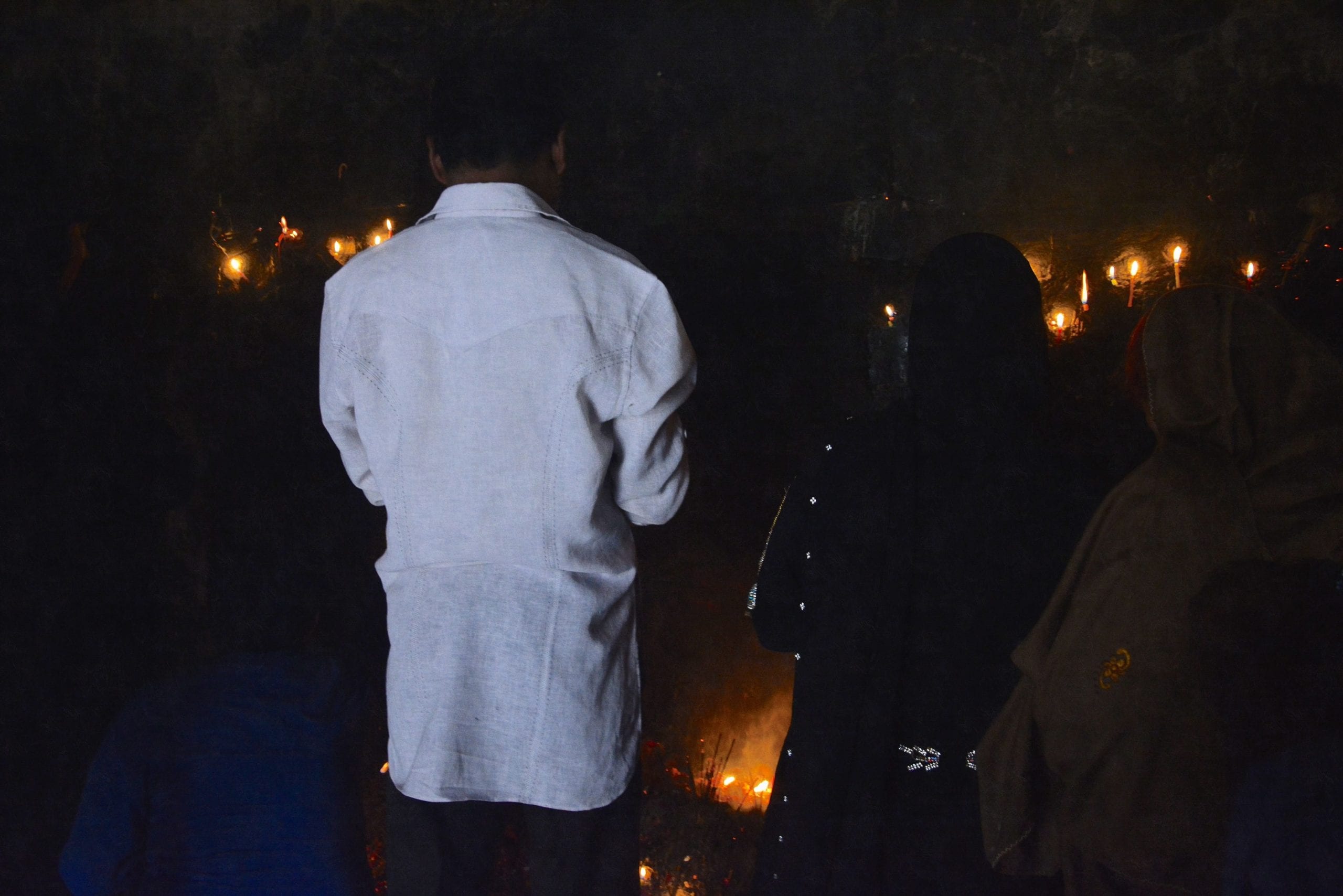 People from different sections of society were there to offer their prayers,demanding their wishes, asking djinns to protect them, to make sure their wishes were carried by these messengers to the person responsible for running this universe. These djinns defied the extensions of logic, and were believed to be in different forms in various shapes and forms. People offered agarbattis (incense-sticks) and sweets; one thing that the djinns love supposedly, along with wishes written in letters. The dimly lit, smoke filled caves were suppose to be the place where the djinns reside, the darker the space the closer one get to be of the djinn.

The space had its own charm with wide number of men, women and children running around, immersed in their acts. The letters addressed to djinns were fluttering in the wind, some had photos, some had muraads (wishes) scribbled in arabic. There were people who were praying, some were sitting in the lawns, some enjoyed the sunset and some admired the ruins.

The coexistence of the two cities generate a multigenerational tale, collates the binaries of the modern and the traditional through the creation of this formless being, that of the djinn. It leaves us feeling intrigued about the very concept of the djinns and how ones faith can make an imagination live for centuries.

Check out some of the snippets from our Photo Walk, and our connection to this space!

© The copyrights rights of the images belong to Pallavi.