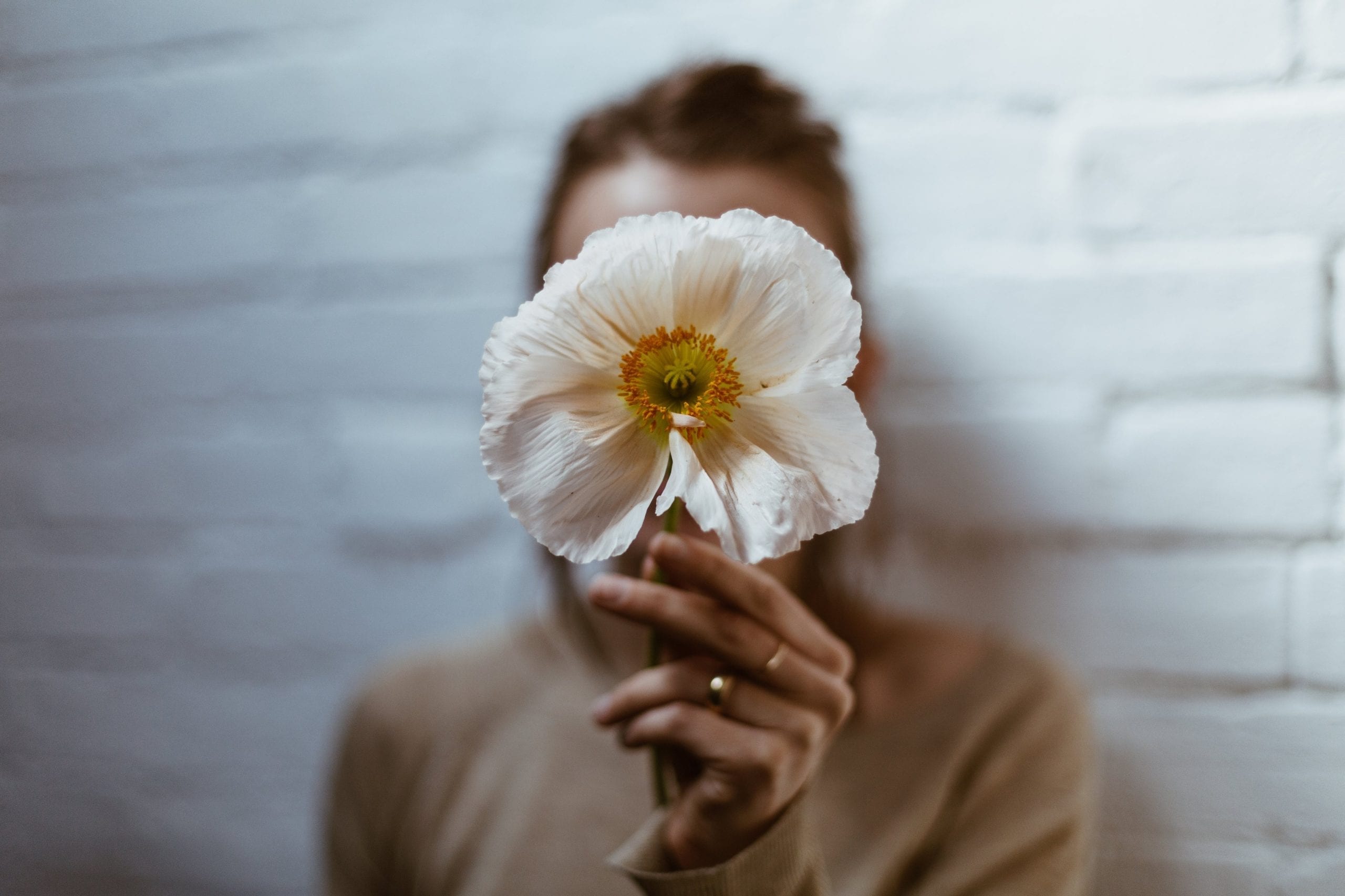 According to a Lancet Study, the first study designed to measure the national incidence of abortion in India, more than 15 million abortions happened in India in 2015. Out of this, only 3.4 million abortions were conducted in legally approved health facilities, and 0.8 million abortions occurred through methods falling into the ‘unsafe’ category. According to Planning Commission estimates, abortions cause 10 avoidable deaths every day in India. Part of the reason? 80% of Indian women are unaware of abortion being a legal procedure in the country.

India’s Medical Termination of Pregnancy (MTP) Act, 1971 provides for the termination of pregnancies (under certain conditions) up to 20 weeks’ gestation. The procedure when conducted by a registered medical practitioner is said to be safer than childbirth. However, despite being progressive in terms of recognizing the agency of persons with pregnancy in having their consent as the be-all of abortion, the act does not allow for abortions on demand. Plaguing it is also a provider-dependent policy, the difficulty in obtaining the two doctor opine in case of the second trimester, the limited contraception clause, among other problems.

In 2014, amendments were proposed to the MTP Act which included the extending of gestation period from 20 to 24 weeks for rape survivors, removing the gestation period in case of fetal abnormalities, extending the contraception to all women instead of just married women, etc. The truth on the ground remains that unsafe abortions account as the third largest cause for maternal deaths in India, despite legalization.

For Single Woman Access to Safe Abortions is Riddled with Stigma

Access to safe abortion for single women comes with its own set of stigma. The abortion stigma taking from the rigid definitions of an ‘Indian woman’ ― one who is not sexually active before marriage, shames single women for choosing to abort pregnancies. Because the MTP act was created to control the population and reduce septic abortions, it does not look at abortions as a human rights issue. The abortion stigma takes the voice of shame preventing women to exercise their human rights.

Bhavya D. Nandini from My Body, My Choice India ― a campaign to end the stigma around abortion and support a woman’s right to choose for her body, health, and life, spoke to me about the many avenues the abortion stigma can originate from. Friends, family, healthcare providers, and the media can all contribute to the stigma which is graver for single women while accessing sexual and reproductive health (SRH) service as it is associated with pre-marital sex, something our society is still grappling with. The resulting mental stress is enormous for a single woman seeking an abortion ― the anxiety of getting a safe abortion coupled with the fear of her family discovering her sexual activity. “The bias and stigma compel women and young girls to seek abortions from illegal providers, which, at times, maybe provided under unsafe conditions”, says Bhavya.

Indu Harikumar, an artist and storyteller, in partnership with My Body, My Choice India, is running a crowdsourced campaign #MyAbortionStory on Instagram for “people to share their experiences with abortion in their own words” in order to normalize conversations around abortion. The first story, for example, is about a woman whose unwanted pregnancy was relieved by abortion and who also shed light on the stigma (and the loneliness resulting from that) associated with getting an abortion that prevented her from being able to intimate her inner turmoil easily. Other stories talk about a woman choosing abortion because of marital rape; the societal shame that becomes an unsolicited parcel of the abortion stigma; and also of abortion being a regular and safe medical procedure which, through conversations, must be pulled away from the darkness of shame.

Another problem hindering single women’s access to safe abortion, rooted in the abortion stigma, is the moralized framework adopted by gynecologists in providing SRH services to single women. While some outrightly reject performing abortions on single women, going as far as suggesting them to continue their pregnancy, others ask for the consent of the woman’s spouse, family when that according to the MTP act, as Bhavya too iterates, is not at all required.

There are still some who are unaware of the legalities of abortions in India. The misinformation also results due to conflation of laws regarding child sexual abuse, abortion, and sex selection. When girls below 18 years of age approach medical practitioners, they have to report it to the police under the POCSO Act which might prevent the practitioner from giving abortion services to the girl.

When gynaecs moralize women’s sexual and reproductive health, the safe, non-judgemental space that should exist between the two, breaks, leading to widening of the gap between women’s reach and safe abortions.

A recent judgment by the Madras High Court said that a rape victim need not approach either the medical board or judiciary to get an abortion before 20 weeks of pregnancy. The judgment resulted from the petition of a woman who was raped and got pregnant but was denied an abortion until further police investigation. Earlier this year, the Rajasthan court allowed a minor girl who was raped to abort her pregnancy of 22 weeks. Another progressive judgment, that also brought home the need for amending the present MTP Act, was the Bombay High Court allowing abortion to a woman in her 27th week of pregnancy when the fetus was diagnosed with cardiac anomalies in May, this year.

While there have been pro-life judgments before this, like when last year a 20-year-old woman wanting to abort her unwanted pregnancy was denied by the Supreme court that cited abortion as being similar to murder, recent judgments around abortion emphasize the need for prioritizing the sexual and reproductive health of women. Realizing amendments to the MTP Act plus also recognizing the specific contexts from which every case of abortion emerges from, the legal bodies have a big role to play in echoing abortion as a human rights issue.

What can be done to uproot the stigma and make safe abortions accessible?

“Sensitizing providers is key to ensuring single women have access to judgment and stigma-free services”, says Bhavya. In addition to this, she calls for the need of raising awareness among women about their rights and provisions of the MTP act ― lack of awareness remains one of the fundamental reasons for women not being able to access safe abortions in the country.

Hidden Pockets, a referral program working out of 20 cities is connecting young clients with service providers in their cities. It provides young people with legal, medical and psychological counseling around abortion.

Organizations like Asia Safe Abortion Partnership (ASAP), Love Matters India, TARSHI, among others have been actively working towards ending the abortion stigma and unpacking the law to raise awareness about abortions. In an effort to encourage access towards safe abortions, ASAP conducts campaigns like the International Campaign for Women’s Right to Safe Abortion which serves as a platform for mobilizing organizations and activists to strategize and strengthen advocacy around women’s sexual and reproductive rights.

September 28th is marked as the Global Day of Action for Access to Safe and Legal Abortion. Decided in commemoration of the abolition of slavery in Brazil, it is now remembered as the day of “free womb” demanding safe and legal abortion for all women. Every year SRHR organizations and activists mobilize on this day to reiterate the need for safe and legal abortions, to end abortion stigma, and to raise awareness.

A mix of advocacy targeting service providers, women, and society as a whole is required for breaking down the deep-seated stigma around abortion which will pave way for more women being comfortable in approaching health providers for abortions. When supplemented by making proposed amendments to the MTP Act an actuality, I also imagine a space where intimate, informative conversations around sexual and reproductive health of women in the country do not remain in the hush.

Shubhangani Jain: She has just finished her Master’s in Gender Studies and is now looking for places to trade her knowledge with. She doodles and writes about gender, culture, politics, education, and loves to eat panipuri all the time.

Young Women: Are Abortion Laws With Us?