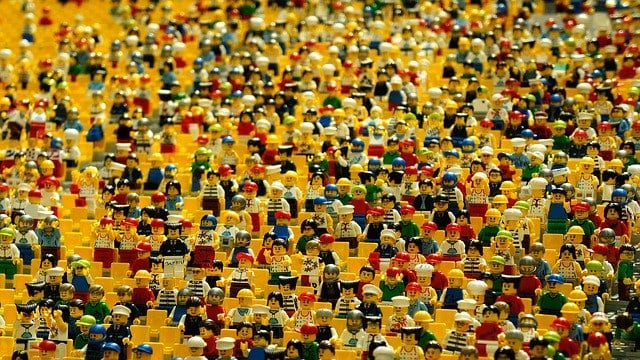 On 7 February 2020, a bill on the Two-Child-Policy was introduced as a private member bill in the Rajya Sabha by the Member of Parliament Anil Desai. This is a Constitution (Amendment) Bill and seeks to bring amendments to article 47. The short title of the bill is ‘Duty of the State to promote small family norm’. The main objective of the amendment is to enforce punitive measures for those families who have more than two children. The new article is suggested to be inserted at the end of article 47 and is as follows:

“The State shall promote small family norms by offering incentives in taxes, employment, education etc to its people who keep their family limited to two children and shall withdraw every concession from and deprive such incentives to those not adhering to small family norm, to keep the growing population under control.”

The bill elaborates further in the statement of objects and reasons about the need to control population explosion and where India currently stands in the global ranking in relation to the rate of population growth, population density. The details stated further in the bill with respect to Two-Child –Policy is as follows:

‘Today, there is also a need to encourage the people to keep small family by offering tax concessions, priority in social benefit schemes and school admissions etc. And at the same time discourage them from producing more children by withdrawing tax concessions, imposing heavy taxes and by making other punitive provisions for violations.”

This is not the first time such a bill has been introduced in the Parliament.

Earlier it was the Population Regulation Bill 2019 that stirred up controversy with its draconian approach to enforce the Two-Child-Policy.  It had strong punitive measures such as people being disqualified to contest in elections to either Houses of Parliament or state legislative assembly or even bodies of the local self-government. The bill also proposed that every serving government employee ought to give an undertaking that they shall not have more than two children. The penalties for anyone who contravenes the policy will be a reduction in subsidies on loans, lower interest rates on savings schemes in banks and investments, higher interest rates for availing loans from banks and financial institutions, reduction in benefits of Public Distribution System.  Also, incentives are placed for employees of Central Government and Public Sector Enterprises under the Central Government if they or their spouses undergo sterilization.

Matters even reached the President Ram Nath Kovind way before it should have taken the defined course of bills and the Parliament. In an unprecedented move, 125 members of the Parliament (1) signed a petition for the Two-Child-Policy and had it submitted to the President, even though the President has no role in suggesting, introducing or implementing public policy in India (2). In response to the petition, the Population Foundation of India put out a statement (3) from the Advocating Reproductive Choices (ARC) – a coalition of 165 civil society organizations and individuals- and denounced the Two-Child-Policy as going against the national interest, violating basic tenets of fundamental human rights and the Indian Constitution.

A matter to be noted is the heated up interest in the Two-Child-Policy from various quarters outside the Parliament. In a span of two years, five-plus PILs (4) have been filed in the Supreme Court seeking a directive to the Centre to enforce population control through a punitive Two-Child-Policy. The Court, however, dismissed all the PILs.

Unlike all the past moves to push the Two-Child-Policy, this recent 2020 bill garnered no media attention whatsoever. One can say the introduction of this bill went off the media radar. If this bill becomes an Act it will be the unprecedented law in India that will mete out punishments for having more than two children. It can bring serious setbacks to the sexual & reproductive health and rights of women, especially those from marginalized and poor communities.

India being a signatory to the Programme of Actions of the International Conference on Population and Development (ICPD) 1994, cannot enforce a law that prevents a couple or an individual to decide freely and responsibly the number and spacing of their children. Post ICPD 1994, India’s National Population Policy had incorporated the PoA and stated its commitment towards “voluntary and informed choice and consent of citizens while availing reproductive healthcare services and continuation of the target – free approach in administering family planning services.”  However, with the turn of events happening towards the Two-Child-Policy, it seems that India will flout the PoA of ICPD (1994) if the bill becomes a law.

2^ “125 MPs Petition President, Who Has No Role in Public Policy, to Implement Two-Child Norm.” The Wire, 21 Aug 2018, https://thewire.in/government/parliamentarians-president-petition-two-child-norm

4^ “Fresh plea in SC on population control.” The Times of India, 21 Feb 2018, https://timesofindia.indiatimes.com/india/fresh-plea-in-sc-on-population-control/articleshow/63018969.cms

Age of Marriage vis-à-vis Age of Motherhood in India