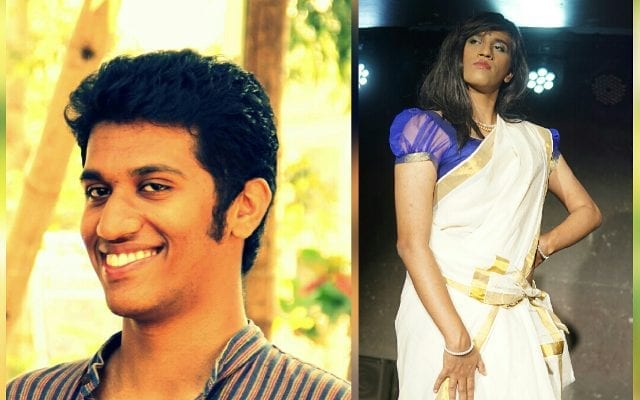 I wasn’t ready to go back to the closet,

Just because a celebrity (Maya) was afraid to utter those three words,

Of course, it’s his choice,

Nothing can back me down. I had to continue to put on the good fight as always. It’s time to give the LGBTQ community its due visibility throughout the year and make people realize that we are a majority. We are running out of time. Reason why I want our voices to be heard sooner and faster.

The moment I saw the talk show hosted by a certain Bollywood filmmaker, I knew it was targeted at churning out gossip mills of Bollywood. It didn’t excite me to know who loved and hated who in the film industry. I was looking forward to a talk on the lines of Ellen and Oprah. I don’t know when talk shows like theirs would get the spotlight in India.

I was fed up after the said celebrity refused to acknowledge his sexuality because of his ignorance towards a draconian law though we all know it is an open secret. Yes, it is his choice at the end of the day. But, look at the other side, there are millions of gay boys who look up to him for inspiration. The moment he chose this stance, I am pretty sure there might be boys who are afraid of coming out of the closet because this celebrity isn’t ready to utter those three words. That’s the very reason why I chose to start a talk show called ‘Chaiya with Maya’. This talk show will focus on bringing about visibility to the Indian LGBTQ community. We have saturated our ways to bring visibility to the community by the once a year pride marches, protests etc.

My intention will not be just to bring the spotlight towards LGBTQ community. But also towards people who are allies to the community. I feel the whole Indian society is ignorant about the community and educating them is the only best way. ‘Chaya with Maya’ is a platform to give voice to people who aren’t able to share their stories. I intend to tell stories and have fun with the guests that I invite to the show. This is the way to show the society that people from LGBTQ community are humans and they have feelings too.

It will also give a way to talk about various other issues that is concerning the society. It could range from how education system needs to have gender sensitization programmes to how to be sensitive towards other people’s sexuality. I will be starting the talk show in the month of March and hope to make more episodes to educate the Indian society. It’s through education and empathy that people learn to be better human beings. I also felt that this is a chance for Maya to grow and stand for the ideals that she is standing for. She can mention on her stance about issues concerning individualism, gender equality and feminism. I plan to put it out on YouTube with it being the latest destination for web series. The change has to start somewhere in order to create a ripple to those ignorant waters.

About the author:
Alex Mathew is a performer, famously known as Maya, the drag queen. He focuses on bringing about issues related to individualism, feminism and gender equality under the spotlight. Apart from that, he loves to entertain people in his spare time.