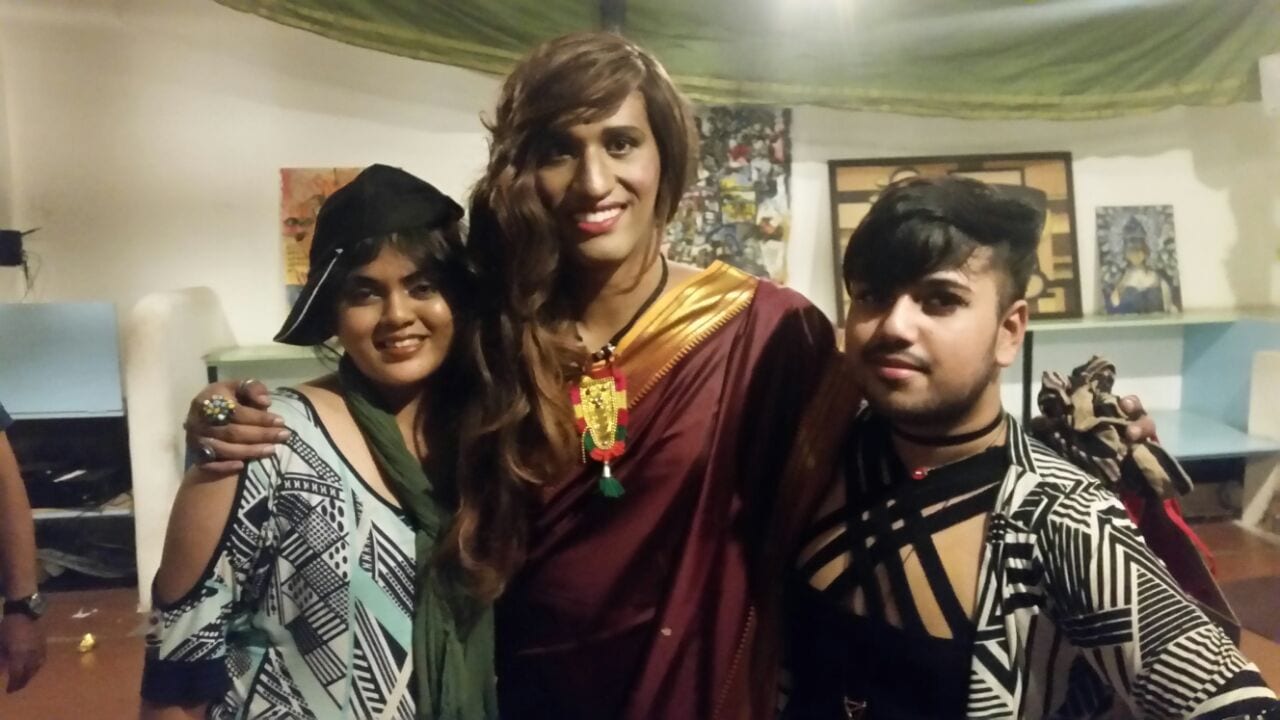 In a conversation with a friend, I once said, “I wish there was a drag night in Bangalore. It would be really amazing no?” My friend snapped back, “Alex, be realistic, you live in India. A land where SEC 377 rules, being gay itself will land you in trouble and you are thinking about a drag night.”

With that, my hopes were smashed. But, I didn’t give up. I knew that the drag night would happen. I just didn’t know when. There were moments while performing drag when I felt hurt by the teasing and unnecessary negativity from the gay community. I stood strong and felt that nothing will shake me. Obviously, what doesn’t kill you makes you stronger. I needed to show the drag community that I am strong and it’s ok to be yourself. There were times I felt lonely and I had nobody else who appreciated drag.

To me, it was important to organize a drag night because the voices of the drag community had to be heard. We live in a time where cross-dressers and sissies are not allowed to be themselves. Putting on makeup and walking in high heels is considered a moment of weakness rather than being fierce. I felt the need for holding one night where people can be who they are and above all, learn to love themselves. Your whole life will fall into place the moment you are content with yourself.

To a society which was happy with patriarchy around, I wanted to make a change, a ripple and resonance that there are people like me out there. By conducting drag night, I was sending out a message that we could be whoever we want to be and still make a mark in the society. I didn’t give up and tried my level best.

It took me a year but I got on opportunity to conduct my own event. The “Namma Pride” organizing committee had asked whether I would do a drag night and I was excited. I didn’t know what I had signed up for. But, I knew it would help me realize the dream of organizing a drag night in Bangalore.

The biggest hurdle for me was with booking a venue. I wanted to conduct the drag night on Saturday. Most restaurants that I approached either rejected the idea or didn’t answer my calls/messages. That’s when I approached Olivier of Lahe Lahe in Indiranagar. He was all for it and we booked the place right away. I had to figure out how to beautify this place and didn’t realize that lights and sound weren’t working.

Chandrashekar who is an amazing DJ was ready to help me with sound and the lights. I was so grateful to Chandru for helping me out. The lineup of performers was fabulous. The other performers – Romal, Shilok, Brindaa and Rimi Heart brought the house down. I did three performances to make the audience have a taste of what Maya did for past two years. 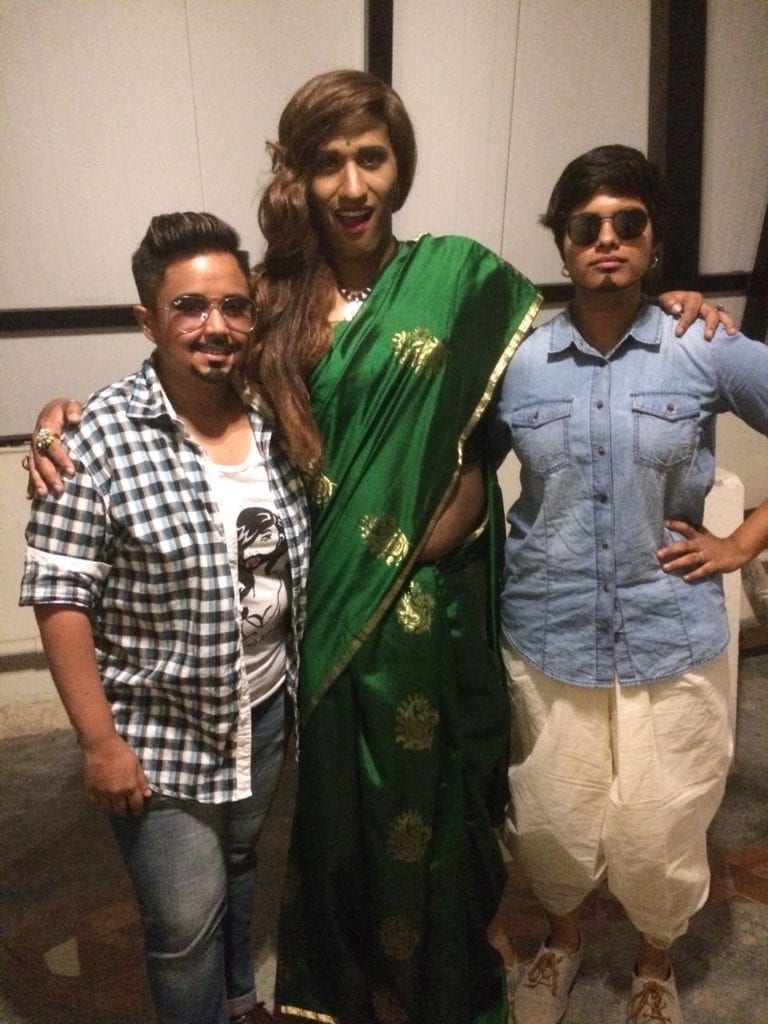 There were lip-sync performances organized by Romal. He had dedicated it to strong women portrayed in Mani Ratnam movies. Each performer had to lip-synced to songs from Mani Ratnam’s films. Next performance was done by Shilok. This was a powerful dance piece capturing her soul and its different emotions and feelings. She used the piece to connect the body and soul and how to communicated that to the universe. Brindaa beautifully executed a theatre piece that communicated about emotions which goes beyond gender distinctions. Then Rimi heart performed two pop songs and was brilliant at standup comedy. Each performance was about celebrating individuality. It had a story to tell and a message to convey. That was the reason why I decided to conduct a drag night in the first place.

The performances that showed lip-sync, dance, theatre and standup comedy are what I loved with all my heart. I did drag night to give a platform to other artists like me. The quirky and queer artists showed what they stood for and that’s what I wanted to show the world. It doesn’t matter who performed better. The comparison is pointless. It meant something more to me. I achieved something that I dreamt of when I started performing as Mayamma. 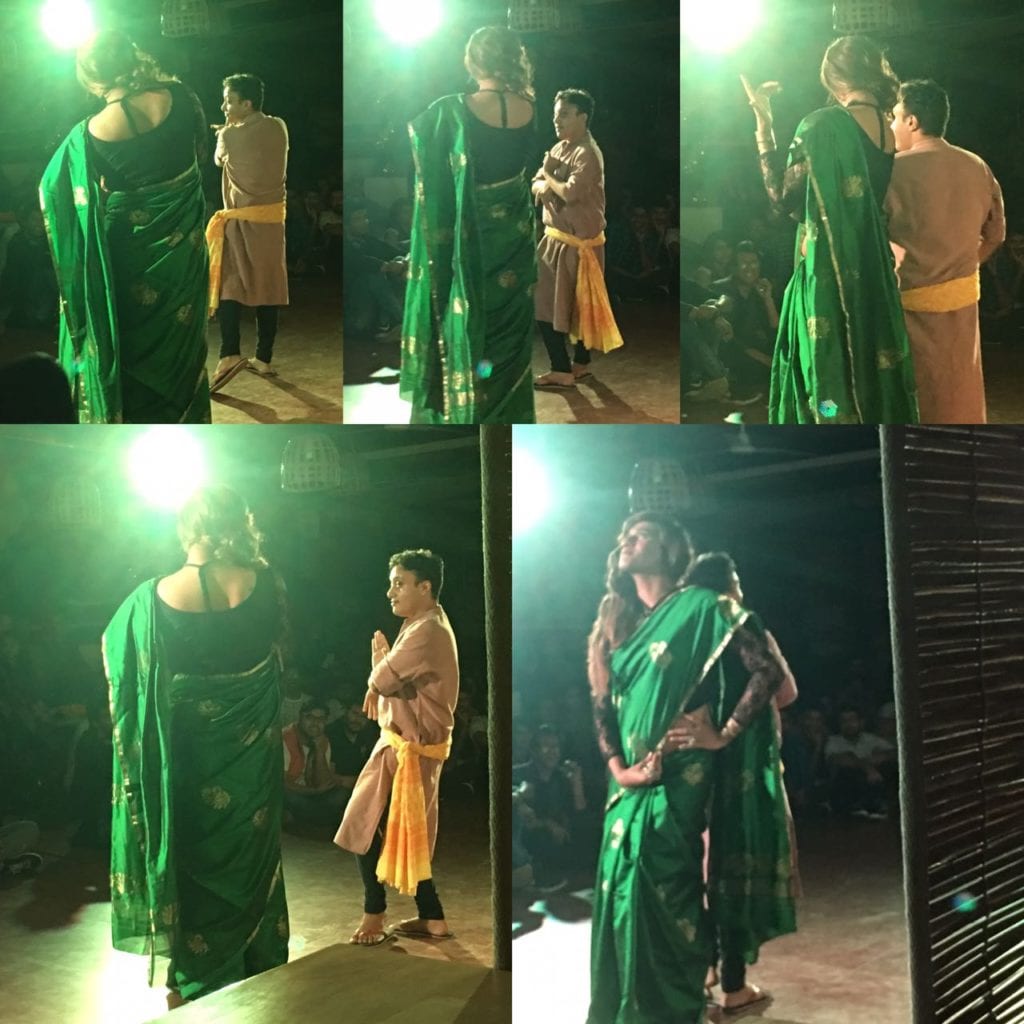