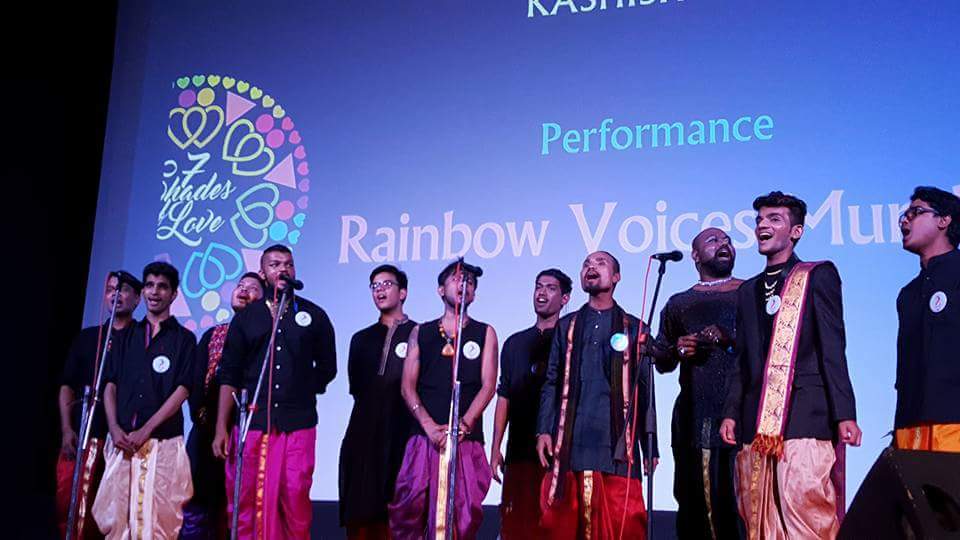 “With the transformative power of music, we wish to imagine a future free of discrimination, oppression, ignorance and prejudice, to speak for the voiceless, the silenced, and those awakening to who they are, and to encourage compassion and activism.” – Aditya Khare, Rainbow Voices Mumbai

Rainbow Voices Mumbai choir are joining forces with London’s Pink Singers, to bring home the message of love on January 27, 2017 at the National Center for the Performing Arts (NCPA), Mumbai. Unlike other concerts, this concert has not been commercialised with sale of tickets for the show, in the hope of creating awareness about the issues that the LGBT community faces and its struggles to find an identity in present day India. Instead, the Rainbow Voices Mumbai has decided to give passes to the donors of their crowdfunding campaign which ended yesterday on Ketto.org. Though the goal was to reach Rs. 6,00,000, the campaign has managed to raise only Rs. 2,83,925.

However, the choir will continue to accept donations for the show. People interested in contributing can still donate offline at their stall during the Gulabi Mela, Pride’s Pre-March Fair to be held on the 22nd of January 2017 between 4PM to 9PM in Juhu, Mumbai. Apart from that, people can also contact them through their Facebook page and donate. All donors will get a donor pass for the show. This money will be used to cover the cost of the venue, performance licenses, programs, publicity, sound, lighting, recording, costumes and make up, and accompanists.

London’s Pink Singers calls itself “a fun, friendly LGBT (lesbian, gay, bisexual and transgender) choir based in London.” The choir has been singing since 1983, and claims to be the longest-running LGBT choir in Europe.

Rainbow Voices Mumbai: What about lesbian and transgender members?

Started in 2014 by Vinodh Philip and Sibi Mathen, Rainbow Voices Mumbai claims to be India’s first LGBT choir. With their music ranging from Classical English to Bollywood, the intent seems to be to keep their music open to different kinds of audiences though the twenty-four member choir consists predominantly of gay and bisexual men and only one heterosexual woman. Presently, the choir does not have any lesbian or transgender members. On why the LGBT choir does not have lesbian women or transgender members, Khare only said that the choir plans to expand its work.