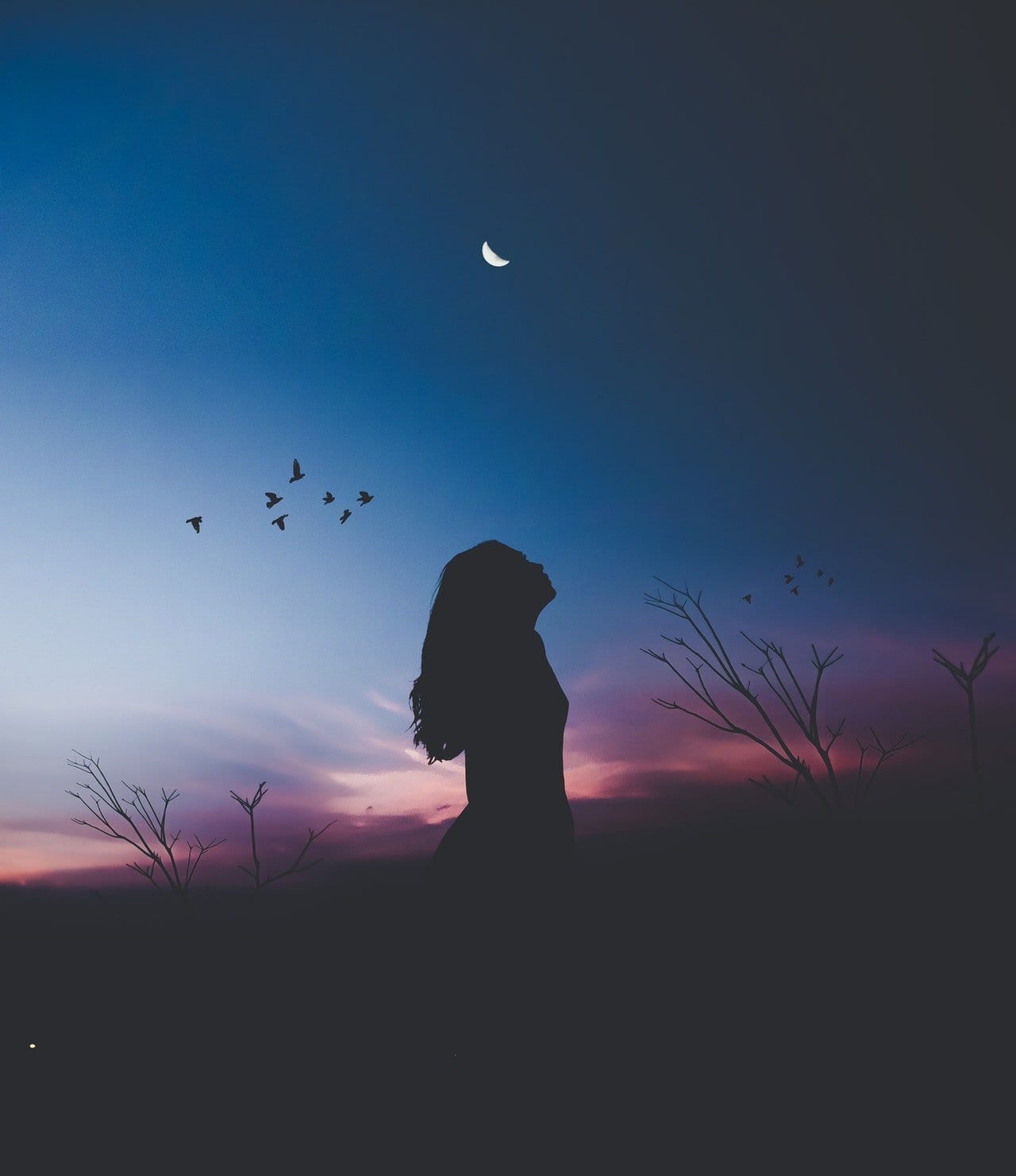 “I feel that people in this room are converted to their own ideologies. I have converted to what I believe in and necessarily not converted to what others believe in. When we talk to the converted, do we have common viewpoints on anything that we have talked about? When we say conversations, there are two sets of people talking and listening. We come in here and often say things like- I will tell you what I feel, why aren’t you feeling what I feel, but I cannot feel what you feel because what you are feeling is what you feel but you should feel and this goes on. And then it becomes activism versus mental health professionals’ vs somebody else.” – Pramada Menon, Co-Founder Crea; Session: Do Din Ki Chandni

These words capture the depth and seriousness of the two-day conference: Pleasure, Politics and Pagalpan which began on May 13, 2017. The opening words of Menon’s talk during the concluding session, on May 14, 2017 also highlighted the difficulty of having meaningful conversations in the public sphere as evidenced in the issue around linking PAN card to Aadhaar. During the Supreme Court hearing of this case, the Attorney General had remarked that Indians have no right over their bodies: a remark carrying serious ramifications but which did not spark any serious debate, holding up high the remark by Menon that meaningful conversations in the public sphere have become difficult .It is in this light, Pleasure, Politics & Pagalpan took place in Kolkatta as a two-day conference enabling meaningful conversations to happen around two of the most-silenced issues in the country: sexuality and psychosocial disabilities.

Most of the sessions in the conference involved social activists, psychiatrists, writers and other media practitioners to bring in different perspectives on the issues of sexuality, rights and psychosocial disabilities.

On May 13th, Chayanika Shah, a social activist and Dr.ShyamBhat, a psychiatrist curtain-raised the conference by acknowledging the silence around sexuality and psychosocial disabilities: there is suspicion and fear of sexuality; there is a tendency for human beings to repress their sexuality; breaking of any set norm allows law, medicine and society to define any act of sexuality as illegal, ill and illicit, respectively and this could lead to criminalization, medication or stigmatization with confinement being the cure for any sexual problem.

This problem is further heightened when it is a woman: expression of sexual desire- which is an expression of power- by women are feared by society in general; confining women to the household and restricting their movements by ‘forced marriage or even rape’ stiffling this power. Can consent, autonomy and capacity be viewed in a way that no one gets excluded in the politics of pleasure and pagalpan?

Capacity for pleasure and its politics

“Sexuality is a grey area but in mental health, the grey area seems even more intense.” – Pramada Menon, Session: Do Din Ki Chandni

Blurring the strict boundaries of black and white, the conference opened the floor for some important issues to surface over the course of the two days delving deeper into areas that were grey. One of the first primary issues that surfaced was the acknowledgement of the need and the ability of any person ‘diagnosed’ with a psychosocial disability for pleasure. Panelists on different panels acknowledged the prevailing notion that assumes that people with psychosocial disabilities need no intimacy. ‘Just roti, kapada aur makhan’ is enough and this ignores the presence of a deep sexual need and the need for union which remains unaddressed.

“It starts with wanting to look good, go out with a gate pass (to go outside Banyan) and then flirting saying that boy looks good. Whatever the age, the women (at Banyan) desire men. They are tutored only to desire a man.” – Dr. Lakshmi Ravikanth, Psychologist & Visiting Faculty at Banyan Academy of Leadership in Mental Health (BALM); Session: Ajeeb Dastan hein Yeh, Kahan shuru Kahan Khatam

The need for intimacy of people living in institutions was acknowledged and so were the social stigmas associated with them finding a partner. The decision-making ability of people with psychosocial disability also raised questions around their capacity to be married.

Often, a person with any form of disability can only marry a person with disability. There are exceptions but are far and few. People with psychosocial disabilities are abandoned on disclosing their disability. This gets further intensified for women with any form of disability. Families aren’t too open or willing to let the daughters find a partner or be married. While marriage is looked at as a panacea for any issue faced by a man, it does not seem to be the case with women.

Non-acknowledgement of the need for intimacy and relationship results in viewing any effects of medication on people with psychosocial disabilities as ‘normal’. The loss of libido or any other side effects due to medication is often normalized or never discussed by persons under medication.

Privacy is also an issue with persons with any disability, physical, intellectual or psychosocial, be it at home or inside institutions. Their need for space or privacy is not is never heeded, because they are not looked at as beings capable of understanding or making informed decisions. There is no privacy even to masturbate. This again stems from the medical model that looks at them as beings who need care. While the medical model only takes into consideration the right to care, the model built around psychosocial disabilities, moves away from the notion of care and towards the environment being accommodative for all. This also led to questions around homosexuality with respect to persons with psychosocial disabilities.

“Pursing a man is a sin and a woman pursuing a woman is not even in their imagination. If they are isolated for a long time then they crave touch. But we pathologise it and prohibit it for both, men or women in mental institutions. This may cause other issues or give rise to other mental issues.” – Ratnaboli Ray, Founder – Anjali; Session: Ajeeb Dastan hein Yeh, Kahan shuru Kahan Khatam

“I think we live in better times now. When I was an undergraduate student, homosexuality was seen as being pathological. By the time I was finishing college, homosexuality was to be treated only if the person who identified as homosexual wanted to no longer have it.” – Ajith Bhide, psychiatrist, psychotherapist and Vice President – Indian Psychiatric Association; Session: Ajeeb Dastan hein Yeh, Kahan shuru Kahan Khatam

Independence of persons with psychosocial disabilities

Understanding the ability of person with psychosocial disabilities requires the understanding of their independence and the power structures that control them, be it institutions, psychiatrists or even their families.

While institutions exercise their power in terms of administering medication, defining privacy of the patients and the capacity of the patients; among others, family as an institution also seems to wield its power in decisions around several issues. Psychiatrists acknowledged the requests often made by parents for their adolescent child going through puberty: the parents do not want their children to have sexual desires; they may also decide on the ability of their children to love or be married, especially if it is girl,and may even choose to institutionalize them without their consent.

Several psychiatrists, both speakers and audience, acknowledged the power that therapists hold in decision making for persons with psychosocial disabilities. Some also said that it appears to be so but the reality is quite different. There was also honest admission to the lack of answers to all questions or problems of all their clients. The psychiatrists have dilemmas too. Owing to the cultural factors at play, they are often unsure about the best possible route to take to handle a certain situation for their clients. There is also a certain power and gender dynamics that exists within the world of mental health practioners:

“Psychiatrist is usually a man and counselors are mostly women. It is still happening. In the advocacy (mental health rights advocacy) world, it still exists. There are very few ‘user’ (persons with psychosocial disabilities) advocates. There are very few of us (persons with psychosocial disabilities) even in the international space as well. In fact, very few psychiatrists want to sit in the same space as us. We are looked at as threats,” – Reshma Valliappan, Schizophrenist and Artist (As audience in the Session: Do Din Ki Chandni)

With institutions, psychiatrists and families deciding the ability of persons with psychosocial disabilities to seek sexual pleasure or companionship, what power do they hold? This steps into the terrain of consent.

Consent of persons with psychosocial disabilities

Consent is a conscious and unforced decision made by any individual to an offer to enter into a relationship or for sex with another human being. It includes her decision to say yes or no to invitations.

The conference then questioned the understanding of consent. What is consent to a person with psychosocial disabilities? Do they have a right to consent? Is their consent acknowledged? The speakers and audience delved deeper into these questions in an attempt to find some answers. Be it the ICD – 10 (Classification of Mental and Behavioural Disorders), the Mental Health Bill 2017 or UNCRPD (United Nations Convention on Rights of Persons with Disabilities), none acknowledge persons with psychosocial disabilities as sexual beings capable of desire and pleasure.

With this background, defining consent for persons with psychosocial disabilities becomes a complex issue especially with adolescents with psychosocial disabilities. What is the right age to educate them about contraceptives, safe sex and other concepts around consent and abuse? Consent also becomes tough for people with certain other physical disabilities like visual and hearing disability. There is also the need for clarity about valid consent and concerned protectionism. There have been boundary violations, both as abuse and denial of rights.

Questioning these issues of ability, independence and consent, led to more questions over the course of the two days. Some of them were:

What do we want out of safe spaces?

What is an institution? What happens when you question it?

Whose story are we telling? How much of it is eligible to be talked about?

How do we start looking at sexuality in a way that it includes everything, all the intersectionality – caste, class, gender, religion etc.?

Is there any mechanism to prevention of abuse and right to pleasure simultaneously?

Were all these and other questions answered? Abhijit Nadkarni, in his concluding remark during Pleasure, Politics & Pagalpan, summed the answers to all those questions:

“I don’t know if I have got any answers but I have got a lot of questions for which we have few answers. We have got fewer answers that will satisfy all of us. Some answers will satisfy some of us and there are some that will satisfy others. If we keep the dialogue going between the different stakeholders then we will find answers to many more of these questions. As we know, a lot of these things happen in small incremental steps. This conference is one such step and mostly the first step is hugely the most important step.” – Abhijit Nadkarni, an addiction psychiatrist Session: Do Din Ki Chandni