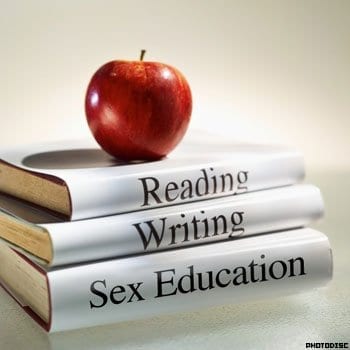 Let that wash over you for a moment: Sexual Ed and Moral Science.

In these classes we learnt some weird things. For example, young women should not have stuffed toys because they take sexual gratification from them. After the age of thirteen, all girls should have to surrender their stuffed animals. She didn’t exactly say that but in essence she meant no more stuffed toys after puberty.

Let that wash over you for a little while too.

That particular lesson has stayed with me longer than others because when I went home and told my mother she was livid. She went to school and demanded that we get a new teacher who wouldn’t teach us nonsense. She tried to rally support for that cause and, of course, without her realizing it, it turned into a movement to have sex ed classes shut down altogether because sex is bad and how dare the school try to teach us about it!

They failed but we didn’t get a new teacher, either. Much ado about nothing. So we continued with our strange sexual education and we learnt that chocolates satisfy sexual urges in you (she’s not completely wrong, eating Nutella is as good as multiple orgasms) and that is why girls are drawn to them, I thought it was the depression but apparently I am in an intimate relationship with chocolate.

We also learnt how babies are made. Sex-Ed?

We learnt some other important stuff too.

I learnt I had a vagina (because I’d never noticed before.)
I learnt my friend Digvijay had a penis, but I don’t think he noticed either.
And we learnt that if we put them together we would make genital warts.
Unless we got married.
And then we’d make a baby.

(Wrt Digvijay, I actually did try to marry him. I had a long term plan. It crashed and burned, but at least my hoohaa didn’t).
Useful stuff.
Except none of it has been useful.

So here are some things I wish I had actually learnt in sexual education (and moral science) class that may have genuinely been useful:

– The only way to completely wash hot sauce (or any chilli based product) off your fingers is dish washing soap. You think you’ll need condoms and lube, but actually what you will need is clean chilli-free hands. STDs are not the only thing that will make your stuff burn. Dish washing soap, people.

– That sex involved thrusting of the penis repeatedly inside the vagina.

For a long time I thought sex was just a one-time insert and pull out deal and I couldn’t figure out why the fuck anyone would want to do that. Please don’t let your children grow up in this confusion!

– How a man fits between a woman’s legs.

Okay, look, I know this sounds ridiculous. But my 14-year old best friend asked how a guy fits between legs and I had to demonstrate it to her. And her mom walked in while I was proving that it’s quite easy to fit. She broke six glasses. Six glasses could have been saved if our sexual education was better.

– Semen in the vagina may get you pregnant, but semen in the eye can blind you. Why is no one protecting the eyes of the next generation?

– How to prepare healthy and ready to eat post sex snacks. That shit makes you hungry and I was not prepared for that.

– A sub-module called clitoral studies would have been great for everyone.

– A little information about queefing.

Starting with…that it happens? I literally thought there was a balloon inside me. I crouched down and tried to look for it. A 20-year old boy had to explain vaginal flatulence to me and boy was I mortified.

– We talked about the emotional cost of sex but how about a conversation about the actual cost of sex? Like razors, waxes, Brazilian waxes, scratchy underwear that is obviously made of diamonds given the cost. Who was gonna warn us about that, huh? HUH?

Post Corona, it is a good time to start thinking about pitching Sex-Ed to online classes.

Look at what the lack of it has done to my life!

Aarushi Ahluwalia is freelance journalist associated with various organisations like BBC, CNN, Guardian, Cobrapost who works primarily on issues of gendered violence and discrimination in India. She has two cats and a headache from all the mansplaining.