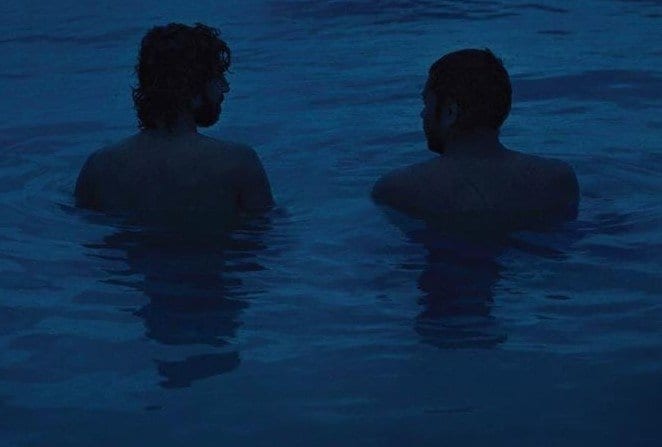 Moothon (The elder one) is a story that begins in the picturesque Lakshadweep, shifts to the dark streets of Mumbai. Though it is difficult to put the emotions showcased in the movie into words, it is a brilliant story that has many layers and shades.

The movie is about people who live with different identities out of fear of being excluded or corrupted by society.

The narrative style is brilliant. The puzzling involvement of each character evolves throughout the film, leaving the viewer in charge of connecting the dots. Geethu Mohandas, Director & Writer, made some powerful statements about emotions, sexuality, love, greed, and guilt.

Showcasing the infamous Kamathipura street and the only source of kindness; a sex worker leaves a permanent mark on the viewer’s heart.

The unkempt and disturbing looks of ‘Bhai’ (Nivin Pauly) and the cruelty aimed towards the boy, Mulla, are new to Malayalee viewers. But it all changed in the second half. Each character not only ran away from their true selves but also tried to hide them from others. The cruel ‘Bhai’ is a social construction. People around him created ‘Bhai’. The best portion of the film unravels in the second half, which shows the romantic relationship between Akbar (Nivin Pauly) and Ameer (Roshan Mathew).

In a role that not many heroes would attempt, Nivin Pauly unleashes a sterling show on the screen. But it’s not just Nivin who gets to break stereotypes. We also get to see Sujith Shankar, known for playing despicable villains, in the role of a vulnerable transgender person whose relationship with Nivin’s character is quite obvious despite the ambiguity.

For a film filled with characters for whom fate has dealt a bad hand, it’s a relief to see not a trace of melodrama in Moothon.

It’s wonderful to see that Malayalam movies are breaking the stereotypes and coming up with more socially responsible stories.