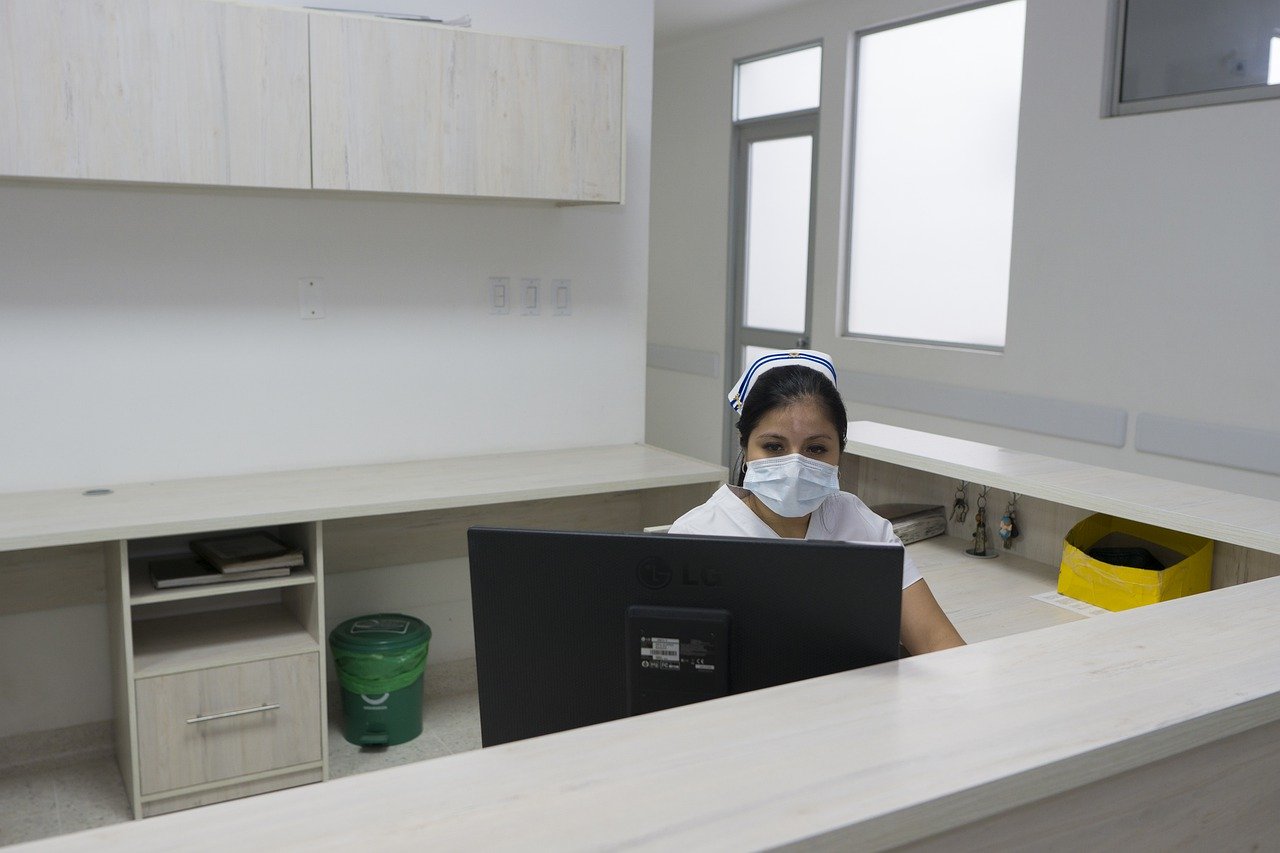 Have you heard the Beatles song “Help?” or  Do you remember that song? Ever thought it along the lines of people in need for abortion and nurses?

“Help, I need somebody.

Help, not just anybody,

Help, you know  I need someone, help.

When I was younger, so much younger than today

But now these days are gone, I am not so self assured

Now I find I have changed my mind and opened up the doors.

Help me if you can, I am feeling down.

And I do appreciate you being around.

Help me, get my feet back on the ground

Won’t you please, please help me.”

What would otherwise be a loved up song from the Beatles, takes on a whole new persona with innumerable interpretations during this lockdown due to COVID-19 pandemic.  For us, at Hidden Pockets, this song ran deep as the Careline services continued to grapple with the increasing distressed calls from young people who feared that they might be pregnant and were helpless about getting an abortion.

The lockdown posed a huge set of challenges to make sure abortion – an essential service declared by the Government of India in phase 2 of lockdown – is accessible and legally available for those in need. Discussions were unfolding to broaden the scope of telemedicine to include medical abortion. It is in these crisis times that all doors need to be knocked upon to make sure women have access to safe and legal abortion. One such door is the policy change to have nurses who are highly qualified and trained to be eligible to administer medical abortion pills for the pregnant persons, a possibility that was nipped in the bud in the latest MTP Amendment Bill 2020.

Experts say professional nurses undergo rigorous training during their years as students. While the initial years are rooted in basics such as anatomy and physiology, the latter years have diverse subjects such as gynaecology, paediatrics and more. For GNM and BSc nursing students an entire year is dedicated to maternal and child health according to the curriculum drafted by the Indian Nursing Council. In addition to this, the Indian curriculum incorporates other disciplines such as sociology which makes the nurses of India have multidisciplinary training.

“After BSc nursing, many people choose to specialize in MSc OBG. Some even go on to do their M Phils, doctoral and even post-doctoral degrees. We have a highly trained group of professional nurses in our country, who in turn can train and mentor the younger generation, ” said Antonia.

However, many doctors in India are not comfortable with the possibility of nurses permitted to administer the pills. One of the main reasons given by them is that in the event of ectopic pregnancy and a pregnant person takes the pill, it can lead to severe complications and that nurses are not skilled enough to detect an ectopic pregnancy. They also cite reasons such as that nurses can be careless with the pills and give the wrong drugs or wrong dosage or even give it in the wrong week of gestation.

Anubha Rastogi, Mumbai based independent lawyer said, “ According to the existing laws under MTP Act, 1971 it is illegal for a nurse to conduct medical abortion. However, it is highly desirable to include nurses.” She elaborated that when the work around the MTP Amendment Bill 2020 was taking place, one of the key recommendations/ demands which advocacy groups had circulated to the Parliamentarians (both the Lokh Sabha and the Rajya Sabha) was to expand the service provider base for safe and legal abortions and include nurses as well. However, there was a strong backlash from medical bodies and OB-GYN bodies against such an inclusion. These bodies maintain the stand that medical abortion pills can be given only by doctors and nurses do not have the expertise to handle the complications that can arise.

There is a widespread belief among many advocacy groups that doctors are indulging in a power game when it comes to abortion. They allege that doctors know a lot of money is involved in the termination of pregnancy and hence they would not want to let go of the commercial benefits that they can reap out of abortion services. This is one of the many reasons that doctors are reluctant to share their “power” of being the authorized abortion providers and thus monopolize the need by charging a hefty fee.

A confirmed source said that a few doctors go to such an extent that, what would otherwise have been a simple and easily affordable medical abortion, is intentionally delayed by citing different reasons so that the pregnancy enters a gestation period wherein medical termination will be risky and thus a surgical termination of pregnancy will only be the option for the person who needs an abortion. This, in turn, brings in more money, especially for the corporate hospitals as well as the doctors working in the private sector. It is said that a profit cut is made for every surgical abortion in these sectors.

Another confirmed source said that the money-minting is not restricted to private doctors alone and that government doctors too are in the game. According to the source, many states allow government doctors to have a private practice. Some of these doctors get the training from government training sources/ organizations for abortions and then later they divert the cases that come to the government hospitals to their private clinics which makes it possible for them to charge a higher fee.

Nurses said that the power games of doctors do not just end there but it translates to the working spaces as well. In spite of being highly qualified and trained, many nurses constantly face the humiliation of distrust from the doctors. Very often, their skills are questioned and rebuked by the doctors. It is a public secret amongst the medical fraternity that most doctors do not trust nurses. This, in turn, translates to distrust from the management. The nurses asked that if doctors do not trust them, then how will the management trust them, who will the management listen to: doctors or nurses? The hierarchies are very well defined and often professional camaraderies and support are missing.

Experts, however, highlighted the severe shortcomings that are plaguing are plaguing the nursing training since the last few decades. The fact that there has been a mushrooming of nursing colleges throughout the country which lacks connected practice areas/hospitals with enough patient inflow needed for the nurses to hone their clinical skills point to the larger problem at the higher levels of authority. They also said that many nursing homes employ people who have education, not beyond the tenth standard, and are given rudimentary training, the coveted uniform of nurses, and are made to work as “nurses” on a pittance as salary. All of these can contribute to questioning the expertise and proficiency of nurses in the public’s eye who are unaware of the larger story and what goes into the training of a professional nurse.

Educationists said any education and training need to be done along with the KAP model (Knowledge, Attitude and Practice), be it for the nurses or be it for the doctors. This is very important especially for abortion as nurses and doctors can be thorough with the textbook knowledge on abortion but severely fall short in good attitude and practice. With respect to abortion, which still continue to hold stigma, guilt, shame amongst the larger public, it is needed that both the nurses and doctors ought to leave behind their personal prejudices, beliefs, judgements once they dorn their professional attire and tend to the patients. And for the same, the curriculum needs to have modules on training the students.

Antonia said, “empowerment of nurses is not fighting with doctors.” Pointing to the cacophony that exists between nurses and doctors, she noted that capacity building can only be achieved through trust. “If a nurse lacks confidence in spite of her high education, doctors can be a team player and help the nurse build her/his confidence and make her/him an expert. The doctor can supervise in the beginning and gradually step back once the nurse has gained the expertise.”

Pharma Folks at Your Service

Dr Alka elaborated on the findings of a study conducted by the Guttmacher Institute, which stated close to three in four abortions in India are achieved using MMA drugs from chemists and informal vendors rather than from health facilities. She said, “the study has said it loud and clear that a huge proportion of women in India procure medical abortion pills from sources who are not trained nor authorized according to the MTP Act. This study itself should ring a warning bell to the government that the abortions services are not being met through private or public health facilities for whatever reasons and that in such a circumstance make amendments in the MTP Act to include more service providers like nurses who are trained well.”

Experts said that if nurses are given thorough training on dosage, the required patient counselling, how to look out for complications, the necessary follow-ups and reference, any day the person who needs abortion will be far safer in the nurses’ hands than in chemists’. They say the most common objection cited by doctors on ectopic pregnancy does not hold water as it is not very frequent and doctors themselves don’t often detect it.

Doctors are almost always put on a pedestal by our society. It is time we stop having blinders and see the desperation in pregnant people to get an abortion. Perhaps it is time we also put nurses on a pedestal such that they too can help the person in need. Or better bring the doctor down from the pedestal and have both doctors and nurses do justice to their noble profession. After all, to call a profession noble, it surely has many added human values in it. It is time the pregnant person is treated with humanity- legally and safely- to get an abortion.