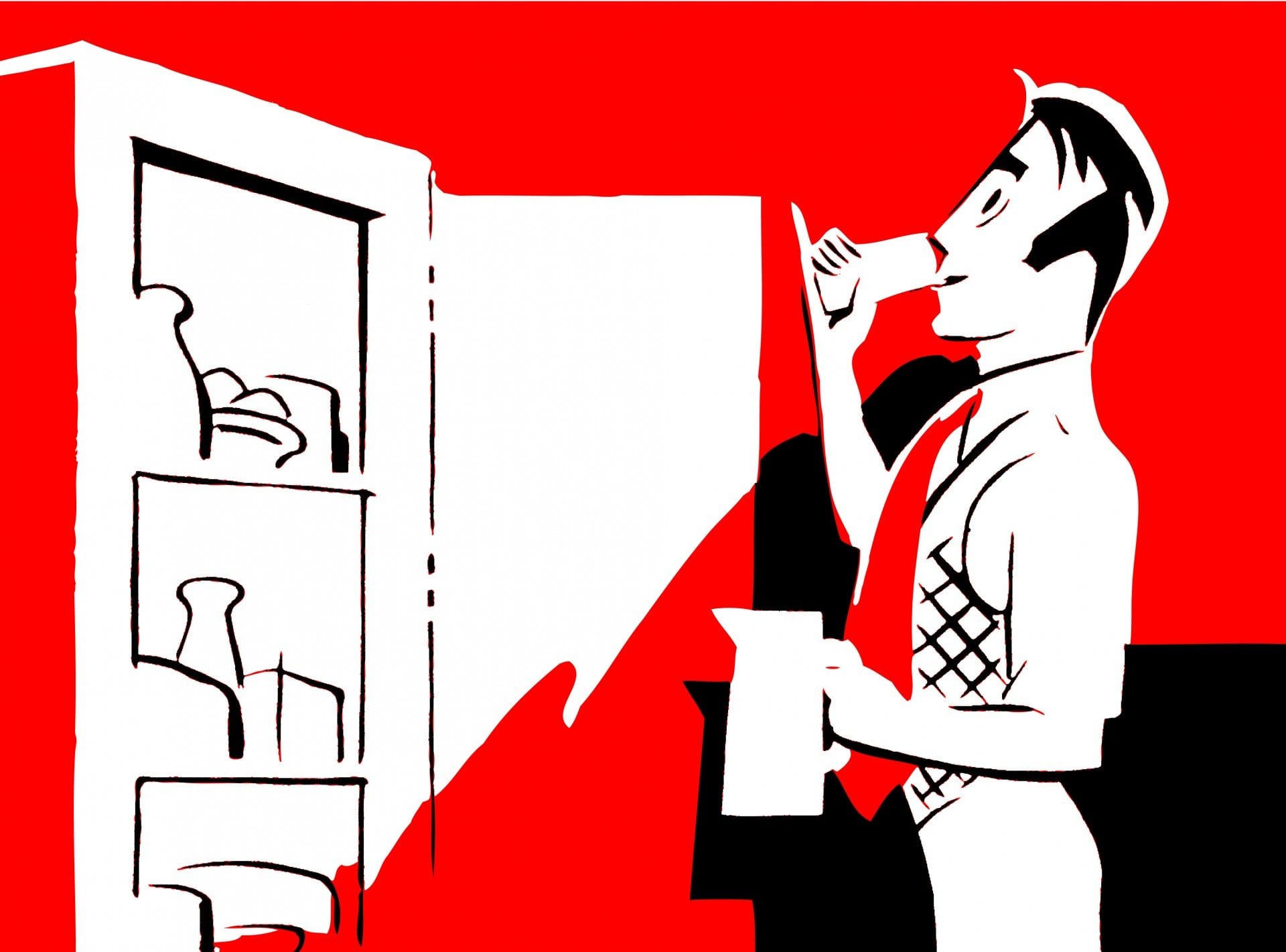 “Do not, my friends, become addicted to water. It will take hold of you, and you will resent its absence!”- Immortal Joe in Mad Max: Fury Road (2015)

It is a dialogue from a telling scene of the plight that people face due to lack of access to water. In this 2015 movie Immortal Joe is the character who rules over the population. He controls the population by controlling the access to the water supply.

Similar was the situation of the slum dwellers and the residents of the irregular colonies in Delhi before the introduction of Jal Adhikar scheme. Delhi Jal Board tankers or private water suppliers were the Immortal Joe to the slum dwellers up untill now. Brawls and fight to get access to water from those tankers was a regular feature.

“Children climb up the trucks to put the pipes into the tanker and sometimes fall down leading to serious injuries and adults also tend to hurt each other physically when struggling for water,” says Ved Prakash, a residence, who runs a general store in the near by market. as per a report in YKA

The irregular colonies and slums till now were kept away from getting water connections. According to the Delhi Jal Board website there were a number of conditions based on which an area, society or individual gets a legal connection. “Water supply shall not be provided unless arrangement for proper disposal of waste water exists.” being one of those.

The Delhi slums and the irregular colonies which house a big population of the city, has access to none till now. This picture changes with the announcement of the Jal Adhikaar scheme on 29 Aug 2016 by Kapil Mishra the Water Minister and the Chairperson of Delhi Jal Board. As per the scheme now the Jhuggi Jhopri (JJ) colonies are entitled to individual connections apart from the common pipeline. A plan for sewage treatment plants evades the clause of the presence of proper waste water disposal system to gain a legal connection. 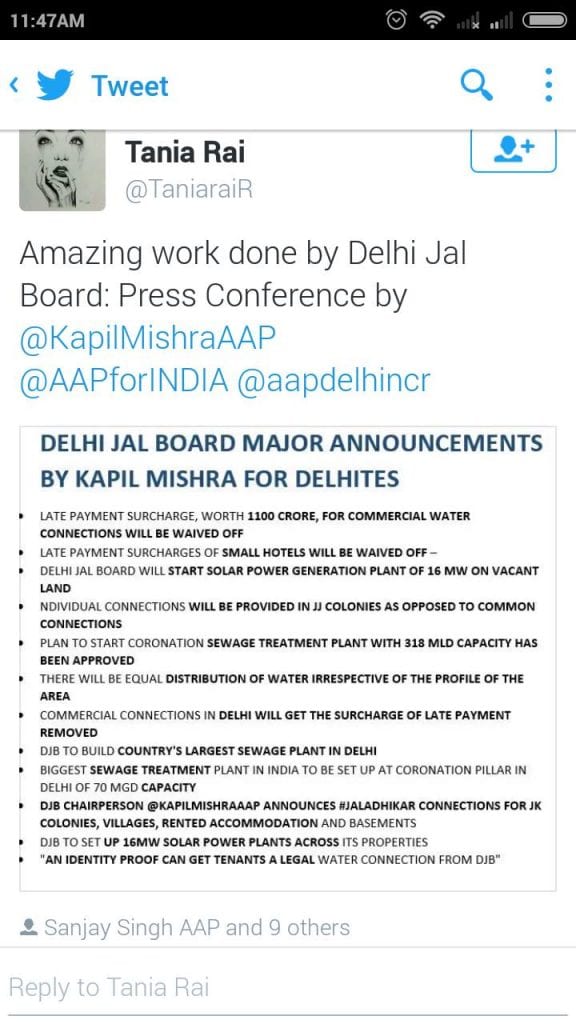 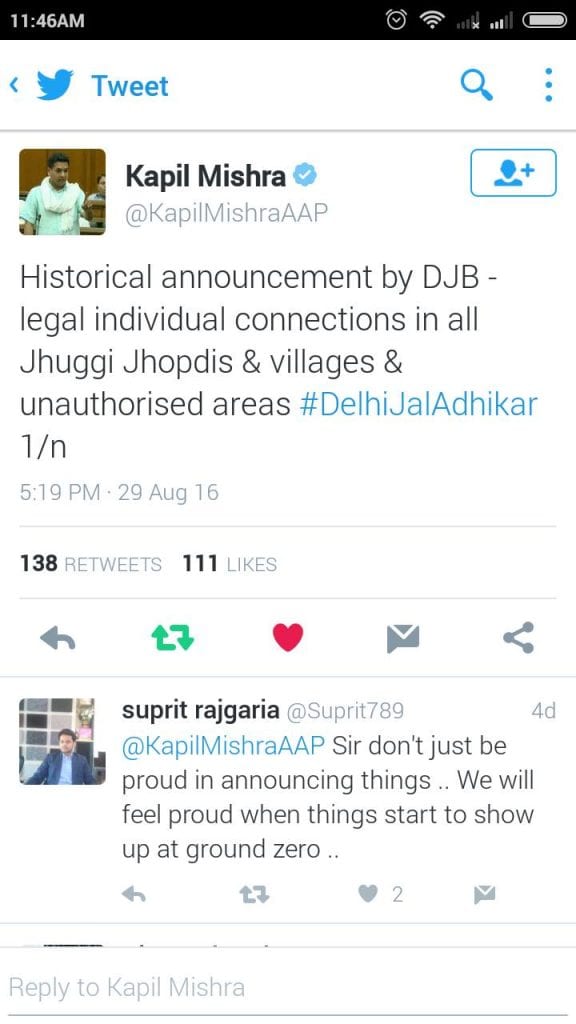 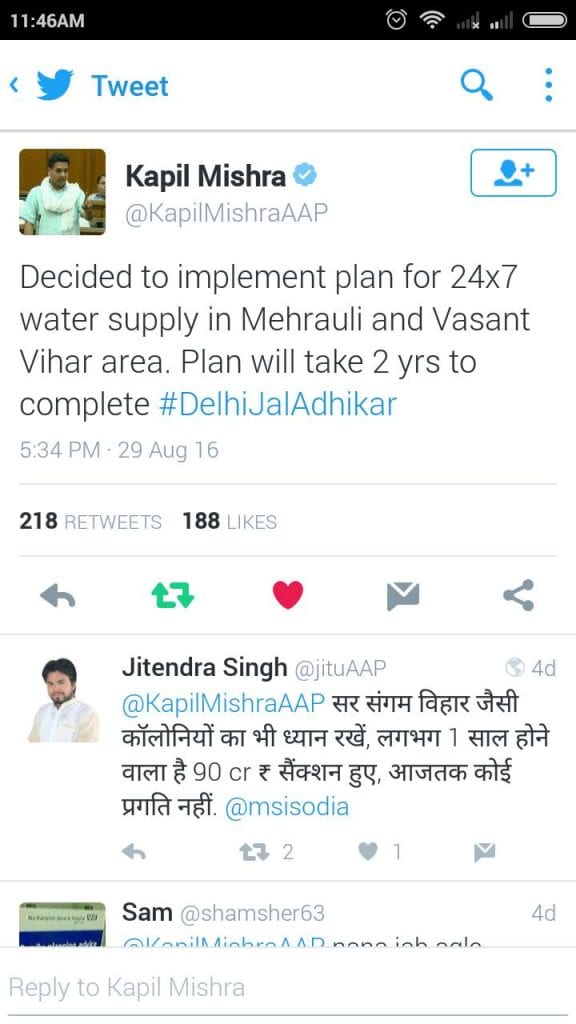 On one hand where the scheme guarantees access to water to the JJ and irregular colonies, and villages, it also acknowledges the presence of the unauthorised colonies giving them an authorised status of sorts. It also brings in the concept of equal distribution of water irrespective of the profile of the area.

Water is an elixir of life. Life without water is unimaginable. And this scheme, at least in conception provides a human status to all its citizens irrespective of the economical background and the area one belongs to.

Although it is a step forward to think of cities in an inclusive manner by providing one access to the basic necessities of life, only time will tell if the policy will really be effective. After all a good policy with bad implementation serves no good.