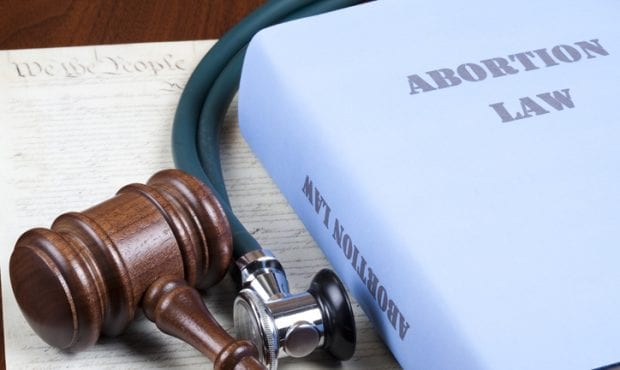 A spate of state abortion laws around length of pregnancy in the USA threaten the right to abortion held sacred since the landmark ruing in Roe v. Wade in 1973. Unsurprisingly, these moves come from some of the most conservative states of the country.

In 2019, Georgia, Kentucky, Mississippi, and Ohio sign separate ‘Heartbeat Bills’ that prohibit abortions after the heartbeat of a fetus detects. That is at around 6-7 weeks of pregnancy. This is also around the time when most women are able to positively ascertain a pregnancy. Leaving them with little or no time to seek a termination

Meanwhile, Alabama signed into law a near absolute abortion prohibition law. Which outlaws abortions at all stages without exceptions even in cases of rape or incest. The only exception is in cases of a lethal fetal anomaly. A case of medical emergency, or where the mother suffers from a serious mental illness. Most disturbingly, these laws are often accompanied by long periods of imprisonment for both the women opting to undergo a termination, as well as the doctors performing the abortion.

At the other end of the spectrum, New York passed a law permitting for abortions after the 24th week of pregnancy. So long as the fetus is not yet viable or the termination is necessary to protect the life of the mother.

The vast differences in the level of protection and restrictions in the issue of abortion. Owes to the fact that abortion rights have always been a point of contention for The US and is often a key debate point during elections. Until 1973, abortion was a purely state regulated area. With different states having different laws on this matter, and with several states criminalizing abortion unless done to save the life of the mother.

The landmark moment came in 1973 in the ruling in Roe v. Wade where the Supreme Court for the first time held that women all over the country have a right to abortion. By reading this right into the right to privacy, thereby preventing states from imposing a restriction in this regard.

The Court however, did not rule in favour of absolute liberty to women to terminate her pregnancy at any time. The Court ruled that pre-natal life still constituted a valid state interest.

A later US Supreme Court decision in Planned Parenthood v. Casey established that this state interest in the fetus begins at the time of fetal viability. That is, at a time when the fetus can survive outside the mother’s body. The ruling while upholding the right to abortion as an integral part of exercising personal liberty. Nevertheless, permitted states to impose abortion regulations as long as they did not unduly burden women.

Since the decisions of the Supreme Court in Roe and Planned Parenthood, states have found other ways of restricting abortion and through imposition of regulations that indirectly champion the conservative cause.

If you have any queries about sexual and reproductive health, do WhatsApp us at 8861713567.

Restrictions include mandatory ultrasounds prior to termination, compulsory waiting periods, and TRAP laws. Targeted Regulation of Abortion Providers or TRAP laws seek to impose high restrictions on centers and physicians providing abortion services that make it impossible or very challenging to establish and run an abortion centre. These laws include requirement of admitting privileges in a nearby hospital, requirement of complex and expensive facilities, etc. These laws have lead to the shutdown of several abortion centres. And resulted in some residents being more than 300 miles from the nearest abortion provider. Most of the regulatory laws are made under the garb of protecting women. But in fact, endanger the health of women as many are forced to seek discreet ways to end their pregnancy. Or forced to terminate without medical supervision.

The recent restrictions imposed in Alabama, Georgia, Mississippi, and Ohio. Those states however go beyond the regulatory restrictions and wage a war directly on the rights established in Roe and go against the tenets of the landmark ruling. It’s purported that this is in fact the intention of these laws. Which will ultimately force a revisiting of Roe v Wade before the Supreme Court. This move is no doubt motivated by the favorable conservative climate of the Supreme Court particularly after the two recent appointments madeby President Trump to the court.

While none of the recent abortion laws have come into effect yet, the lashout against these laws have already begun from women’s rights and civil rights groups challenging the outrageous attempt to control women’s bodies, the deprivation of privacy in their most intimate spheres of life, and assault on their bodily autonomies.

The abortion bills in Iowa, Mississippi and Kentucky have blocked by judges for now while rights groups have geared for a judicial challenge of these restrictive laws. Keeping in mind the Republican strength within the White House accompanied by the conservative majority in the Supreme Court, it is clear the health and lives of women are at grave and imminent risk.

Shruthi Ramakrishnan is an independent legal consultant working in the field of human rights. She is available at [email protected]