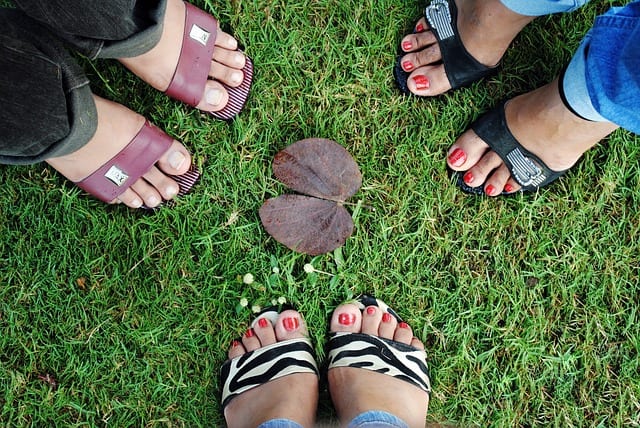 ‘Women’s Day: a day to celebrate women, a day to remember the great strides women have made towards empowerment’ and thus goes the notes about Women’s Day. There will be those who can chime in and say “why a special day for women?” Even if you are to reply in the most emphatic tone, without delving into the history of women’s rights movements and the need for equality but at least to give them the quick consolation/ satisfaction that there is a special day for men too a.k.a the Men’s Day, you will still be hounded with umpteen questions and comments on the futility of Women’s Day.

Mind you, these questions and comments may not always stem from an interest to know and understand women’s rights movements. These questions come from a place of “knowing” 100% that women can never be equal to men and some can even validate their knowledge through  wise words extracted from their cliché repository that “men and women are equal but not identical” or perhaps “of course men and women can never be equal because women are superior to men!” And when you have such people all around you, it is then, you all the more, ought to see the International Women’s Day as the anchorage and how this day will continue to matter to many women as well as men.

This year the theme for International Women’s Day is ‘I am Generation Equality: Realizing Women’s Rights’. It is a theme fit for a year that ushers in many milestone anniversaries and memories. The year 2020 will mark the 25th anniversary of Beijing Declaration and Platform for Action adopted at the Fourth World Conference on Women in Beijing, China. And it gets better when the 20th anniversary of UN Security Council resolution 1325 on women, peace and security; 10th anniversary of UN Women’s establishment; 5th year of achieving the SDG 2030 goals all come together in the year 2020 to make us reflect more about gender equality.

The theme ‘I am Generation Equality: Realizing Women’s Rights’ is aligned with UN Women’s multigenerational campaign: Generation Equality. The campaign demands equal pay, equal sharing of unpaid care and domestic work, an end to sexual harassment and all forms of violence against women and girls, health-care services that respond to their needs, and their  equal participation in political life and decision-making in all areas of life

The Generation Equality Forum, a global gathering for gender equality, convened by UN Women and co-hosted by the governments of Mexico and France will upload the theme. In a lead up to the Forum, there will be multi-stakeholder regional meetings and consultations in Africa, Europe & Central Asia, Asia & the Pacific, Arab states, Latin America & the Caribbean. More importantly, the Forum will be heavily shaped by the inputs from the 64th session of the Commission on the Status of Women (CSW64), to be held at United Nations Headquarters in New York (as on 3 March 2020, the CSW64 cancelled the general debates and side events due to COVID-19 outbreak).

The Generation Equality Forum will be one of a kind because it brings together the activists-advocates-campaigners across many generations who have been working relentlessly for women’s rights and gender equality. This Forum will see the generation who was behind the Beijing Declaration and Platform for Action, come together with the generation who has been carrying with panache the targeted titles of ‘snowflake generation’ and ‘social justice warriors’.

Hidden Pockets Collective has attended several of these processes and was super excited to be part of CSW64 which was supposed to be held in New York this year. As young feminists, we believe that it is important for us to be part of these negotiations which decide historic moments, allocate budgets and hold our governments accountable. As young feminists, we too want to be part of the voices, which shape the future. This year, we are focussing on looking at commitments made by the Indian Government as part of the International Conference on Population and Development (ICPD) and Beijing + 25.

As much revolutionary it has been when the governments of 189 countries adopted Beijing Platform for Action in 1995, to address concerns in 12 critical areas viz poverty, education and training, health, violence, armed conflict, economy, power and decision-making, institutional mechanisms, human rights, media, environment, and the girl child; and as many achievements there are to celebrate this milestone 25th anniversary, it is the need of the hour that we acknowledge gender equality continues to be a feature of the utopia. Perhaps the sensitivity and insights of the ‘snowflake generation’ and ‘social justice warriors’ can bring more to the table at the Forum that will make the generation behind the Beijing Platform for Action fill with pride for having a generation who are thoughtful, articulate and savvy problem solvers. Together, the Forum can move forward to make an impact at the high-level segment of the 75th session of the UN General Assembly in September 2020.

With or without the UN Women championing the theme ‘I am Generation Equality’, there is nevertheless a resonance in all of us. You may want to embrace this theme for yourself, for you to mirror the life journey you have been making. As you proudly cast your vote in an election, perform an extremely complicated surgery on your patient, lock your seatbelt in your pilot’s seat in the aeroplane, fight out a case in your company boardroom, drive a car at the top speed and park it like a pro, see your husband cook and clean the house with you, buy frocks which comes with pockets for your little girl, you might want to ask yourself how far you have come in your life journey; especially when you reflect upon the life journeys your mother, grandmother and great grandmother have made. Perhaps it is only then that we grasp the gravity of the word equality in our lives and perhaps it is only then we will see the urgency and the need to muster energies to move forward to bring the-not-yet-attained equality for our daughters and granddaughters.

Children end up in jails for writing love letters?