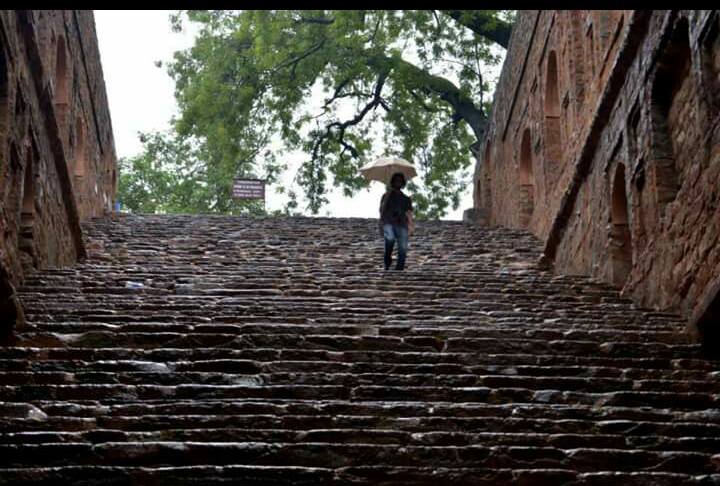 A visit to the Yamuna Biodiversity Park as a college student left me in awe of the variety of trees that the Aravali region has. The in-house scientist who was taking us around did inform about the endangered kadamb and phirni trees once abundant at the Yamuna Banks and the Aravali region. The instant connection that I could draw between the Yamuna and the Kadamb tree was that of a famous hindi poem Yeh kadamb ka ped by Subhadra Kumari Chauhan. It starts with the line ‘Yeh Kadamb ka ped agar ma, hota Yamuna teere, Main bhi us par baith Kanhaiya banta dheere dheere’ (Mother if at all this Kadamb tree would have been at the banks of Yamuna, I too would have gradually been able to become Kanhaiya then). The very mention of Kanhaiya (Lord Krishna) here does tell us how rich a heritage does the Kadamb tree has.

According to the Delhi government’s website, the green cover of Delhi has increased to about 296.20 sq km in 2009 from 26 Sq. Km in 1997 (latest Forest Survey of India report 2011). The website also claims that a total of 14.5 lakh saplings have been planted by various departments / agencies / organisations during under City Plants a Million Tree Campaign conducted in 2011. 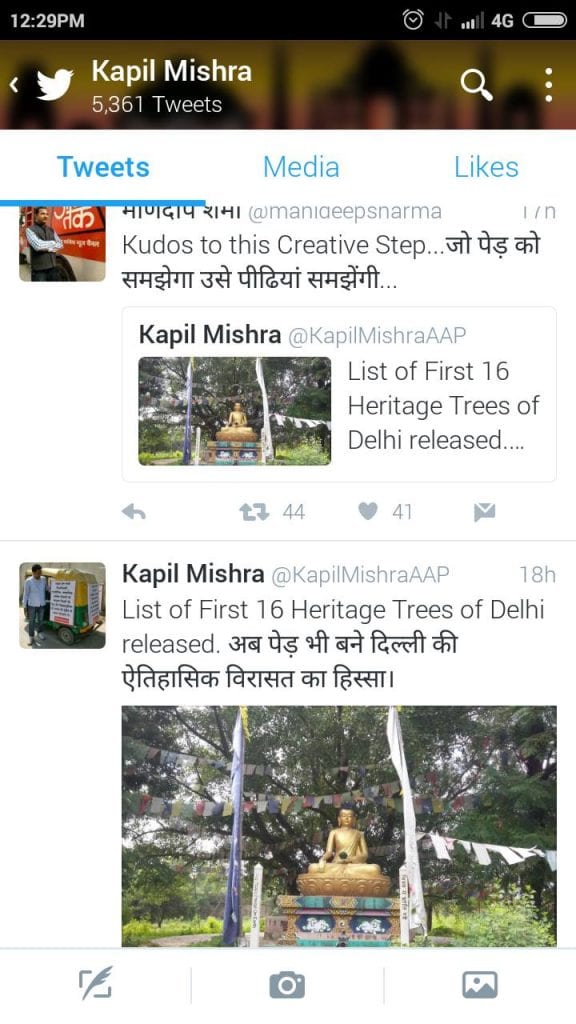 AAP’s cabinet minister Kapil Mishra who took interim charge of the Environment Department said “This city has seen continuous habitation since the 6th Century BC. It has been ruled by Lodhis, Khiljis, Tughlaqs, British etc., who built several temples and mosques. These are home to ancient trees and we must give due respect to them. Also, the native trees of Delhi like jamun, pilkhan, shahtoot, kadamb are getting lost. The ones which survived, and have served an increasingly urbanising Delhi for 100-200 years, deserve protection.” – India Today

The Minister further added, “The WHO has ranked Delhi as one of the most polluted cities in the world. As such, it is imperative to protect the green cover of the city,” he said in a statement. “The trees will be adorned with descriptive and informative signboards – which will tell people of the ecological and botanical value of these tree. It will also tell about historical stories surrounding the tree and also warn people against damaging them,” he said. – Indian Express

This step has not only reminded us how integral are the trees to the environment but also form the ‘natural heritage’ of a city. The informative signboards add a sense of knowing and belonging for the people. Monuments are easy to sight but trees which have its own historicity are rarely known. This step thus also brings one closer to the ecology as well. It is an inclusive step that has the potential to make the city dwellers environmentally sensitised, to think about trees and how they bind the past to the present.

And with a list of heritage trees we hope that the green cover increases by leaps and bounds! Meanwhile eagerly waiting for the informative signboards to go up so that I can quench my thirst of knowledge!