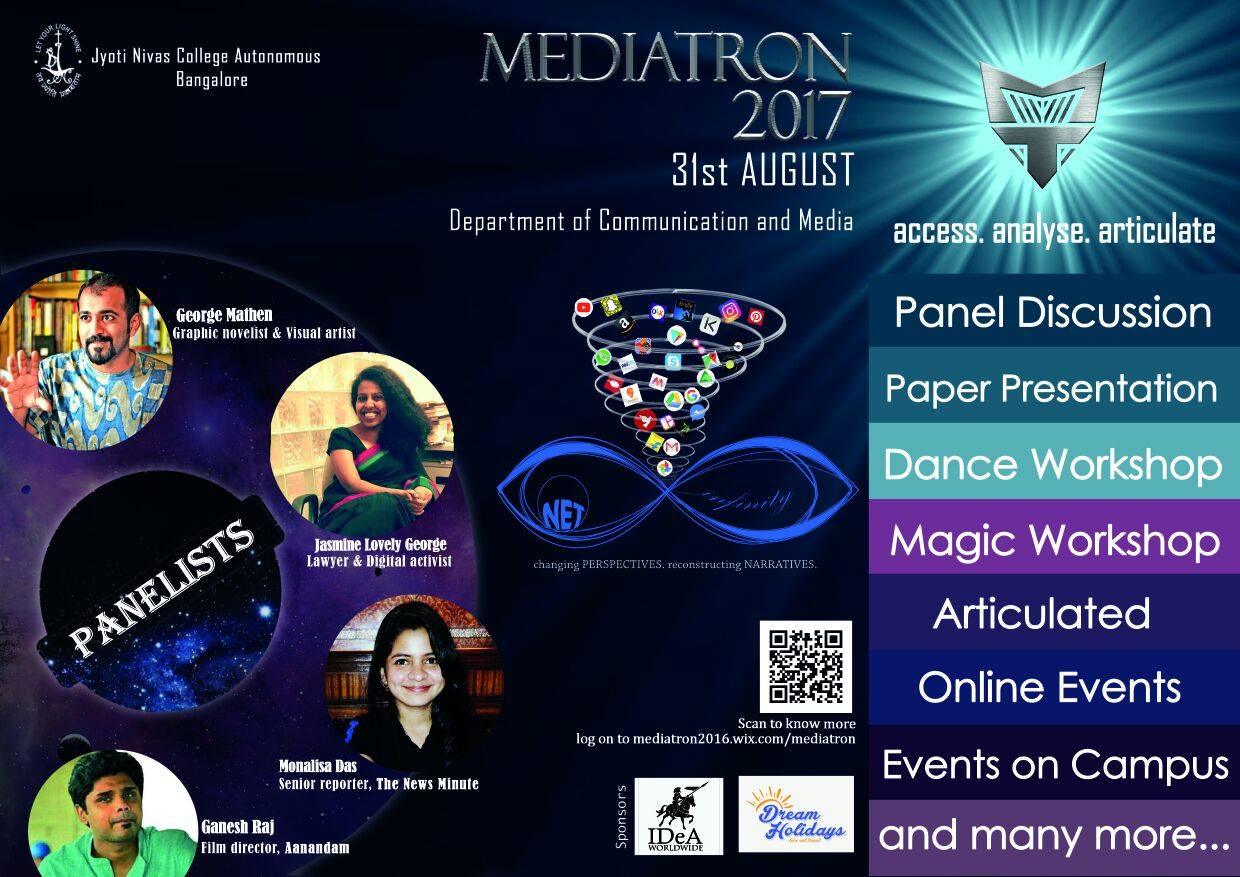 Hidden Pockets Collective invited to be on panel speaking about Gender and Internet Spaces at Jyoti Niwas College Mediatron Festival in 2017. 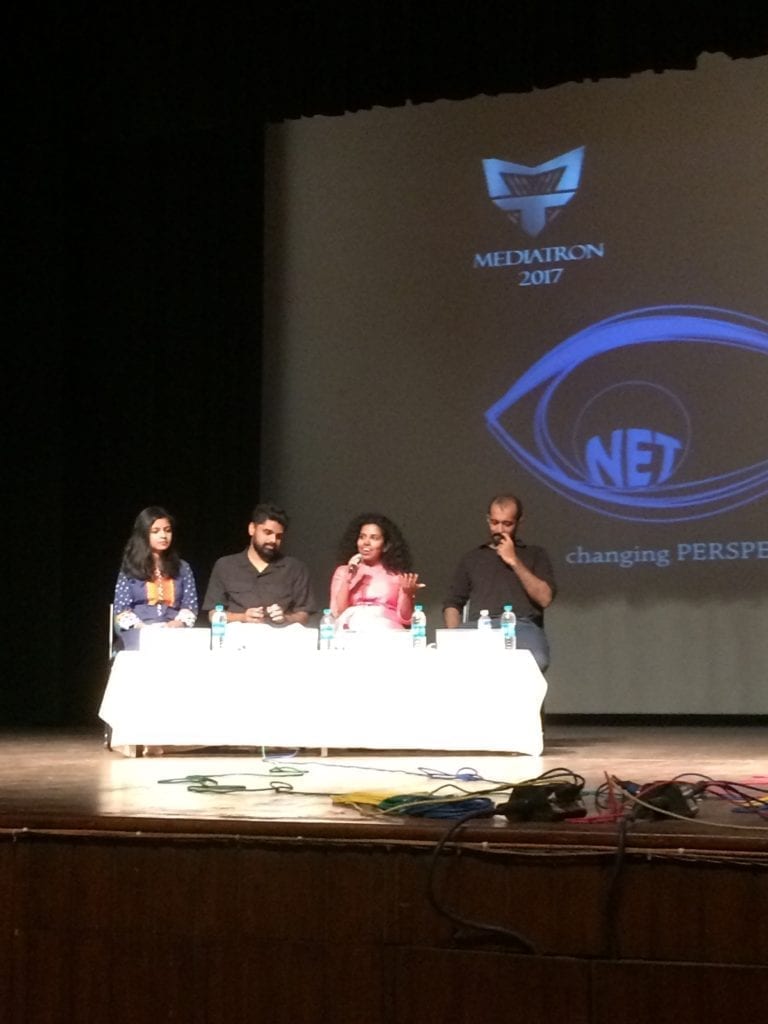 Some of the noted names from different mediums were present at the panel. We had Ganesh Raj, a famous Malayalam director who has been making award-winning movies. We had George Mathen whose graffiti has been creating some groundbreaking work in art spaces. We had Monica Das, senior journalist who had been working with The News Minute.

All the panelists confessed how internet had helped them reach a wider audience and how their work had been extremely influenced by the audience online.