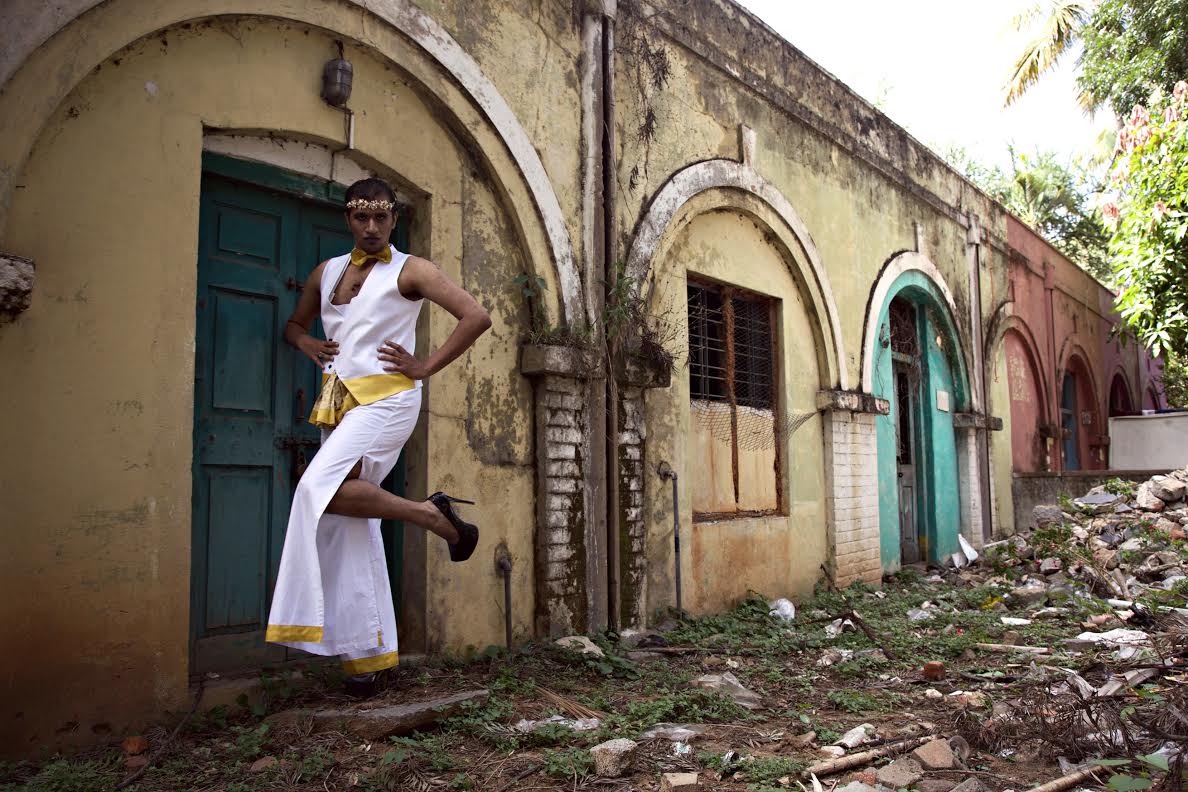 “I think that a lot of feel people feel that clothes restrict a person by their gender and the idea is to reject gender conformism,” – Aishwarya Ravi

The Bangalore-based fashion photographer recently released a thought-provoking photo series in collaboration with drag performer, Alex Mathew (and his drag persona, Mayamma). The pictures throw light on the substantiality of the part played by fashion and clothing in the perpetual formation of gender roles in the society. It explores how in most societies, what most people would consider ‘normal’ or ‘abnormal’ is largely affected by the kind of clothes the human body is sheathed in. However, once in a while, these gender roles are challenged. This project was one such attempt. Although Aishwarya’s degree is in International Business and International Integrated Studies, she has followed her passion of designing, styling and photography since she was a teenager.

Aishwarya’s first experience with drag occurred when she was in Paris at the age of fifteen. Though it initially seemed funny to her, she realized that some of the drag performers were men and some were transgender women. She was tempted to go backstage and take a look at their hair and makeup.

“What you see on the face of it is extremely boisterous, flamboyant performers with heavy costumes, wigs and make up, but when you go backstage, you can see the differences. Some of them might have gone under the knife, they try really hard to be feminine because they are really trying to find themselves and some of them are just men who do it for fun.

There is a stigma around drag in general in India. It is not a concept that one can explore and people are not really open to it. When I met Alex, I was surprised in a really positive way. Keeping in mind the unacceptability of drag in India, I felt it was really brave of him to just put his work out there” – Aishwarya Ravi

Alex Mathew has been performing drag since September 2014. Despite all the hitches that he has faced being a drag queen, Alex never really stopped. It was this perseverance that sparked the creative connection between Aishwarya and Alex. When the two met, they realized that their interests were congruent and their convictions matched. As a queer man proud of his identity, Alex was open to the idea of the project. Aishwarya dismisses the idea that a person belonging to any gender should submit to given set of roles and rules defined by the society.

“A lot of people think that blue is a guy’s colour and pink is a girl’s colour. You see that in even hospitals. If it’s a baby girl, everything in the room is pink and everything will be blue and bold if it is a boy. I find this concept so stupid because before the cold war, men actually wore pink and it was associated with masculinity. It was only after the cold war that men started wearing blue and gender roles came to be associated with colours,” she adds.

She points out that in the photos, there is coordination in colours and the background was specifically chosen to go from blue to pink.

Many labels have been laid down by the society as conformed prescriptions to dress, talk or even just be. In this photoshoot, they (Aishwarya and Alex) have attempted to challenge this notion of confinement of genders by colours, claims Aishwarya.

Though drag is identified more with exaggeration and elaborate costumes, to Aishwarya drag is more about the performance. Reason enough, the duo decided to try something different. Inspired by the costume of Mohiniyattam, a classical dance form from Kerala, Aishwarya designed a gender-agnostic jumpsuit that Alex could wear as not just Maya, but as Alex as well. To her, Alex and ‘Maya, the drag queen’ are actually two sides of the same coin and Maya is just one of Alex’s alter egos. Aishwarya wanted the outfit to be provocative and unconventional, unlike normal jumpsuits. A little head crown was also added to the costume as a finishing touch to bring out the persona of a queen. The message of the project was one of gender neutrality.

“The piece itself is a performance piece but drag to both of us, isn’t just about a person, it’s also about their attitude and personality”, she says.

Shakespeare once said, “Clothes maketh the man”. How true this is in its complete literal sense! This photo series triggers people to ask this very question. Now that LGBTQIA issues are being thrown under the spotlight, it is becoming easier to step outside the threshold of binary gender and explore gender expression in a much more diverse manner. With the emergence of gender labels like ‘gender fluid’, ‘gender non-conforming’, ‘gender non-binary’, ‘gender variant’, it becomes much more complex than a simple question of ‘man’ or ‘woman’. When human beings themselves cannot be put into simple boxes labeled ‘male’ and ‘female’, how can their clothes conform to particular gender roles? 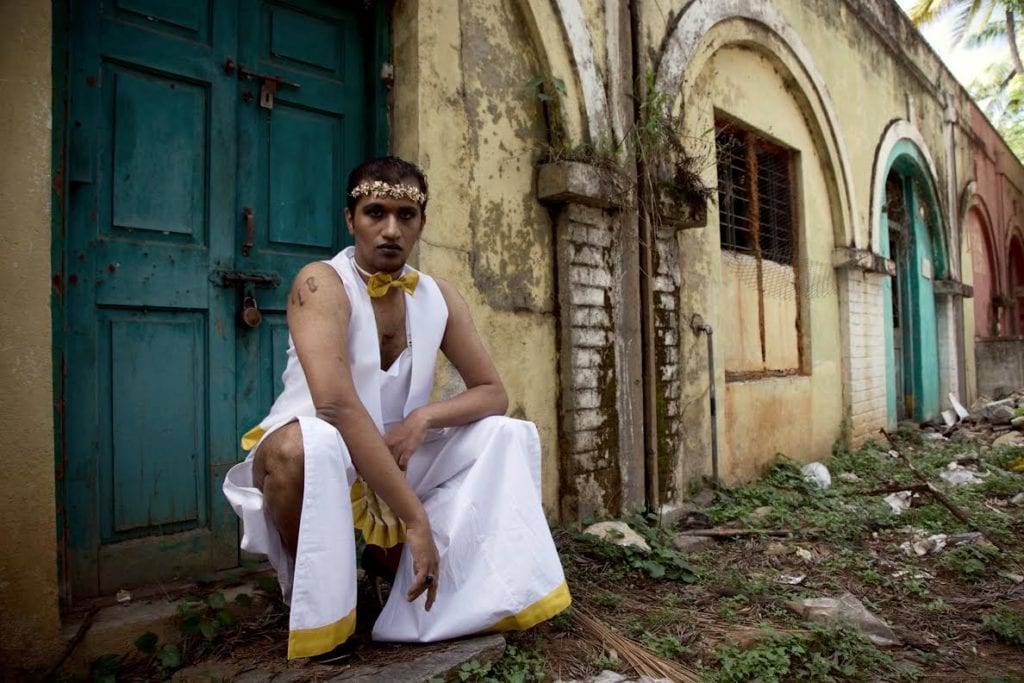 Purnima P.V is pursuing History(Hons) from Miranda House, University of Delhi. Although a huge history buff, sociology is her one true love. She is also a photographer by passion. She describes herself as an ambivert, an amateur traveler, an avid reader with a special interest in the genre of fictional non-fantasy, a politically opinionated feminist, and an ally as well as a member of the LGTBQIA community.