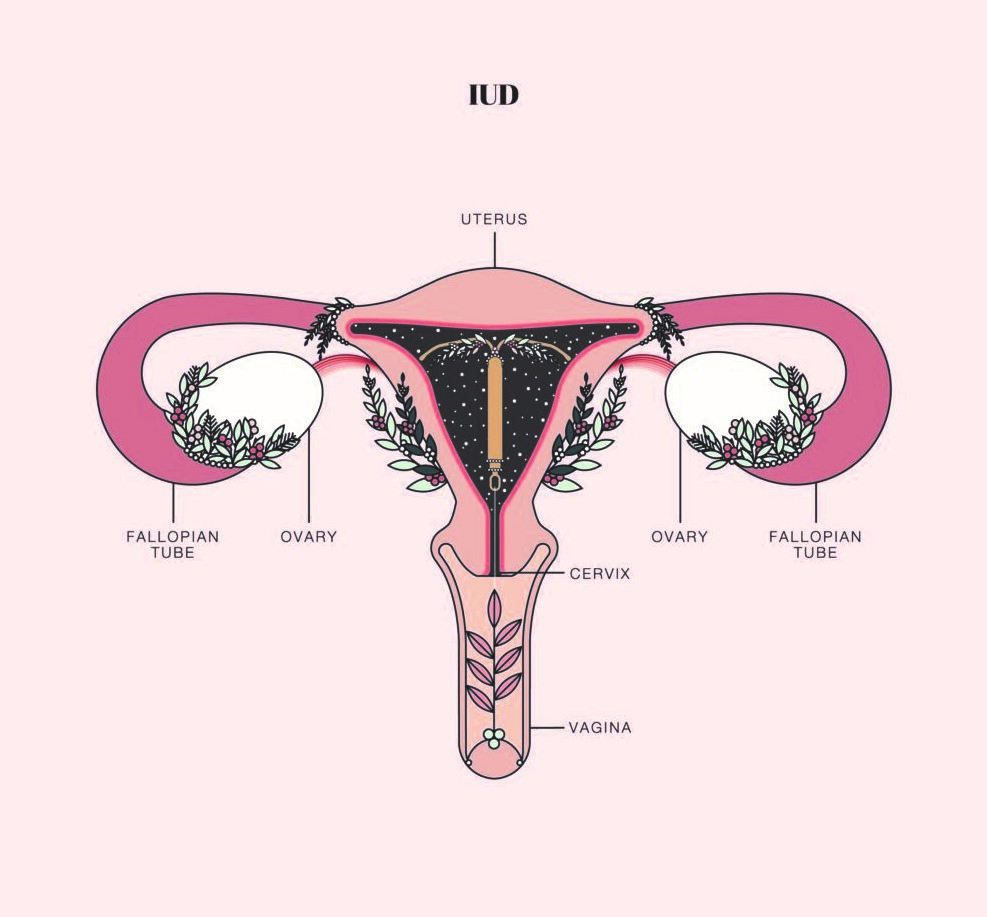 It is only natural for the thought of having an object inserted into your uterus, to be at the very least, unappealing and, for some, even overwhelmingly daunting. Notwithstanding this, intrauterine devices(IUDs) are being used by a large number of women all over the world for contraception. Perhaps, the idea of having long-term contraception which comes without the need to timely pop a pill after having unprotected sex (otherwise you might be doomed) is empowering.

What is the copper IUD?

The copper IUD adds to the limited number of options available to women who want to have sex, preferably without a condom for greater pleasure, without having to track their menstrual cycles, and do not want a child. It is a non-hormonal contraceptive device that is inserted into the uterus. It is in the form of a T-shaped plastic frame with copper wire coiled around it.

How does the copper IUD work?

The copper produces an inflammatory reaction in the uterus, creating an environment that is hostile for the fertilisation of the sperm. It “changes the way sperm cells move so they can’t swim to an egg.”(1)

What are the benefits of using the copper IUD?

The IUD can be used for a long period of time, which could be 5 years or 10 years, depending upon the brand of the IUD, which in turn depends upon the country where this contraception is availed of. It does not release hormones in the uterus and therefore any side-effects which are associated with the release of such hormones, as is the case with hormonal IUDs and birth control pills, are not experienced.

The copper in the IUD makes the environment inside the uterus unsustainable for not just the sperm but also for a fertilised egg, thereby making the IUD an emergency contraception as well. The fertilised egg cannot implant itself in the uterus if the copper IUD is inserted within 5 days of having unprotected sex.

What are the side-effects and risks associated with the use of the copper IUD?

Pain and cramping, the intensity of which might be different for different persons, is commonly experienced at the time of insertion of the IUD and this might be accompanied by bleeding. The female might experience heavier and more painful periods, cramps as well as bleeding between periods, after the insertion of the IUD and these side-effects may or may not subside within some months.

It is essential for persons who are considering getting a copper IUD inserted or who already have one inserted, to bear in mind that these side-effects are common. For many women, these side effects can eventually subside or reduce in intensity.  However, such side-effects should not be allowed to persist for too long and medical opinion/consultation should be sought out.

A key drawback of IUD is that it does not offer protection against sexually transmitted infections(STIs).

What is the procedure for getting the copper IUD inserted?

Before the insertion procedure is scheduled, a gynaecologist will check the woman’s overall health and conduct a pelvic examination. There might be a pregnancy test as well as a test for the presence of any sexually transmitted infections(STIs) before the doctor can begin the procedure.

Once this is done, the ‘horizontal arms’ of the copper IUD are folded to place it inside an ‘applicator tube’. The doctor then inserts the applicator tube into the vagina and moves it up through the cervical canal till it enters the uterus. Here, the copper IUD is released from the tube so that it is placed inside the uterus, following which the tube is taken out. It is imperative that the copper IUD be inserted correctly by the doctors and that there is a regular follow up with them.

Can all women get the copper IUD inserted?

Despite its high effectiveness in preventing pregnancies, not all women can get the copper IUD inserted into their uterus. This includes women with fibroids in their uterus, pelvic infections, STIs, cervical or uterine cancer and unexplained vaginal bleeding. Pregnant women, as well as those who are allergic to copper or have Wilson’s disease (a condition in which copper is not properly eliminated from the body and thus dangerously accumulates in the body), cannot get the IUD inserted into their uterus.

What is the cost of copper IUD?

The copper IUD is provided free of cost by the Indian government at its family planning centres. In private clinics and hospitals, it’s provided for a cost between Rs 300 and Rs 500 (2)

Birth control methods such as the morning-after pill come with a lot of stress since they must be taken at the right time after having unprotected sex in order to avoid unwanted pregnancies. For individuals who regularly have sex and do not want to use barrier methods of contraception such as condoms, the anxiety of taking the pill at the right time after each instance of sex can make their sexual experience more worrisome and less pleasant.

The copper IUD, once inserted, removes this anxiety of having to make sure that one does not become pregnant after unprotected sex. Without this anxiety, females would have more fulfilling sexual experiences and this, in turn, would make them feel empowered and more in charge of the way in which their sexual activities influence other aspects of their lives.

About the Author: Navya Dawar
She is a second-year student pursuing BBA LLB Honours at Jindal Global Law School, Sonipat, Haryana. She aspires to, one day, be a part of something that helps people believe in themselves and cherish themselves for who they are while simultaneously becoming aware of their own potential for personal growth and exploiting this potential to become better versions of themselves. She loves drinking tea, playing tennis and is fond of working out. She likes to sing and read and aspires to go on long-distance solo hikes at some point in the future.

Vasectomy : Male Birth Control? Will you do it for love?