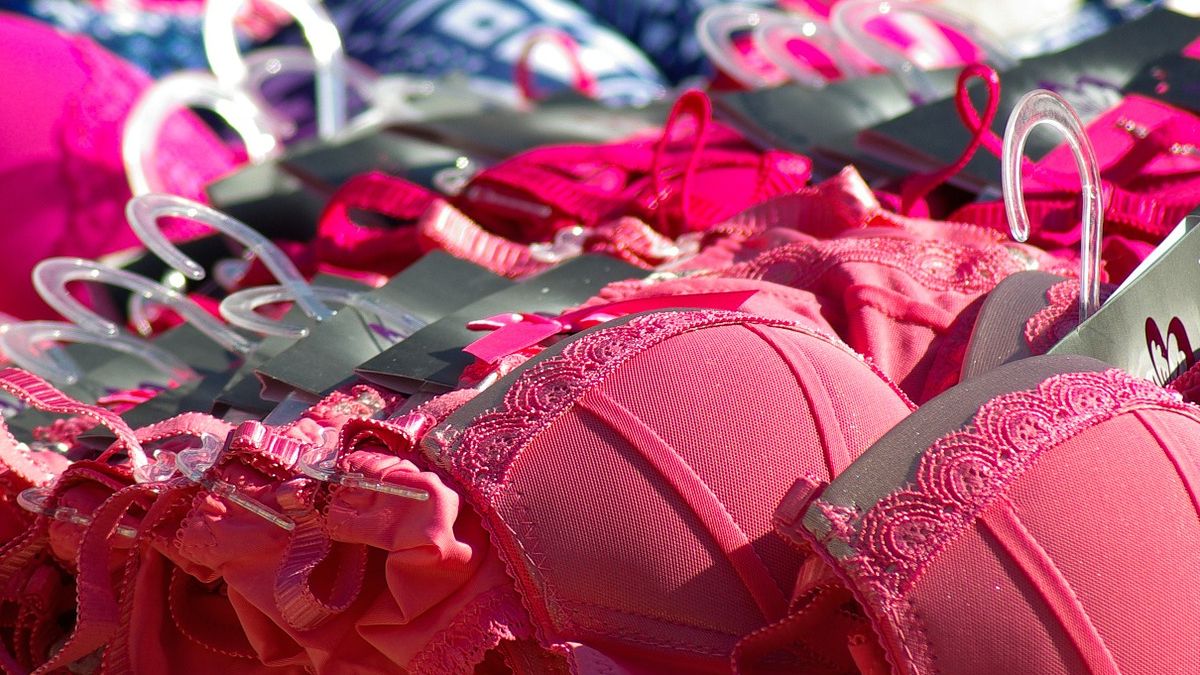 The chances of getting breast cancer at a younger age are very low, getting diagnosed with it can be very isolating. In an Essay to Young Survivor Coalition (YSC) Jennifer, who was diagnosed at 30 wrote, “I hated telling people and seeing that look of pity. I didn’t feel sick, I certainly didn’t look sick. And I knew deep down I wasn’t going to die from this. I wanted to be telling friends and family the normal news of a 30-year-old woman. I am pregnant, we bought a house, I got a raise! Not I have breast cancer… it’s very heartbreaking.”

The diagnosis of any kind of cancer can be hard to stomach. If you’re young and diagnosed with breast cancer, it can be harder. The reason it’s more of a death sentence for younger people is that it’s detected late, at the later stages with the cancer being too aggressive to treat it effectively.

[Breasts are not to be ashamed of. You would have been told and taught many things on why you need to be “careful”, “cover them up”, “don’t jump like a little girl”, but little would you have been made aware of what is normal and not normal when it comes to breasts. We are here to help. You can talk to us. Growing up is not easy. Even if you are an independent adult, questions are many about your breasts. Ask them away. Get help. Click on this Whatsapp chat button now:

We are at a different stage of our lives, so naturally, cancer would present some unique challenges for younger people. Breast Cancer treatment can bring about early menopause or even sexual dysfunction in young. Fertility issues are another sad side effect. A woman’s plans to have a family or children can seriously be affected by breast cancer treatment. With the physical traumas that accompany having breast cancer, younger people may also find that they have developed anxiety and depression, and body image issues. One of the treatments for breast cancer often happens to be mastectomy to remove the cancerous tissue of the breasts. The surgical scarring and the change of the body after the surgery can have an adverse effect on the way they feel about their bodies.

Numbers to scare us or to make us be aware?

Breast Cancer is one of the most common cancers among Indian women and it accounts for about 27% of all cancers in women. About 1 in 28 women have the likelihood of developing it in their lifetime. Statistically, the incidence is 1 in 22 as compared to the rural areas where one in 60 women develop breast cancer. The incidence rises in the early 30s and peaks at 50 to 64 years. This may sound very serious and quite terrifying, but it is not as dire as it seems. Sure, it’s terrifying to find out you have a lump one day, and it could be cancerous… But it could be a benign cyst (a benign cyst is a noncancerous growth).

Breast Cancer is treatable. Especially if detected in the early stages but the reason so many women in India are dying from this cancer is that they don’t get the timely help that they need. Mostly lack of awareness of breast cancer is at the root of it all. The key to conquering anything is to be first aware that it’s even a problem. Most people don’t have the right kind of information on what to look for when it comes to breast cancer self-examination. We at Hidden Pockets, however, strive to bring you the best information there is to know about something as important as breast cancer.

It’s likely you haven’t heard of a mammogram. A mammogram is a lot like an x-ray, but for your breasts. This is one of those screening methods in India, people aren’t aware of, just like self-examination. This because talking about female anatomy is taboo in India. How can you know about examining breasts when people don’t talk even about breasts? Luckily, this article is going to talk about it, extensively that too! Oh and, here’s the kicker, if you were thinking it’s a female thing and you could probably just skip this article, think again. Men get breast cancer too. In fact, a Hollywood celebrity, Richard Roundtree, famous for the movie Shaft (1971) was diagnosed with it in 1993. He writes in an essay for the Essence in 2009, recalling how he felt about it. “I thought it was questioning my manhood, women die from this, not men. How could I possibly have that?” He still survived after a double mastectomy and chemotherapy. Now down to the facts.

[Breasts are not just women’s matter. As a man, you also need to be aware of the signs and symptoms of breast cancer. Why? Because you will never know how your awareness can come in handy, when someone in your family or friends’ circle or even your partner, makes a passing comment about their signs and symptoms. Chat with us to know what are the signs & symptoms of breast cancer. Click on this Whatsapp chat button now:

According to an article published in the South Asian Journal of Cancer, “Breast cancer is now the most common cancer in Indian women, having recently overtaken cervical cancer in this respect. It is well known that India has a much lower incidence of breast cancer than Western countries, even after adjusting for the age structure of the population – about one-third in urban areas and one-ninth in rural regions. The lack of population screening in India (and corresponding overdiagnosis in Western populations) undoubtedly contributes to this statistic but more importantly, so do lifestyle, reproductive and dietary factors.”

What is Breast Cancer?

The uncontrolled growth of cells in the mammary glands results in the formation of lumps in the breast. Older women are at the highest risk of getting breast cancer. Now younger people looking at these statistics can assume that maybe, it happens only to other people, but this is not true. Young people, (under the age of 40) get it too, with breast cancer being detected in the later stages. It also tends to be more aggressive. Breast cancer in young adults is different. Not only does it tend to be more aggressive, but the survival rates for young people with breast cancer are also really low.

AGE: as it was mentioned earlier, the incidence only increases with age starting from the early 30s, and peaking around the age of 50. Women above the age of 50 have the highest risk of developing breast cancer.

GENE MUTATIONS: certain people inherit certain genes known as BRCA 1 and BRCA 2 (BReast CAncer genes 1 & 2), which puts them at a higher risk of getting breast cancer. This may explain why women as young as 21 can get diagnosed with breast cancer too.

EARLY PUBERTY: Women who’s menstruation began early, say before the age of 12, and end with menopause around the age of 55 are exposed to hormones like oestrogen longer, hence, they have a high risk of getting breast cancer.

BREAST DENSITY: Women with dense breasts have less fat tissue than connective tissue. Studies have found that the denser your breasts are, the higher are the risks for you to develop breast cancer. However, reserachers are yet to find the reason for this risk factor.

It has also been found that people with dense breasts often miss the timely detection of breast cancer, especially in a mammogram as dense tissues can hide cancer from being detected easily.

PERSONAL HISTORY OF BREAST CANCER: Women who have already had breast cancer, can get it a second time. There are non-cancerous diseases like atypical hyperplasia that increase the risk of getting it too.

LIFE CHOICES, LIFESTYLE & ENVIRONMENT: Factors that increase the risk of breast cancer are weight gain, lack of exercise, alcohol, hormone replacement therapy, the combined oral contraceptive pill, ionizing radiation, radiotherapy, stress. Pregnancy and breastfeeding reduce the risk. The earlier the pregnancies and the more the number of pregnancies, the lesser is the risk of cancer. Hormone replacement therapy, especially when oestrogen and progesterone are involved and when taken during menopause, increases the risk.

Breast Self Examination is a very important method to detect Breast Cancer. Most survivors recount how they ‘felt a lump’ while examining their breasts, which lead to a diagnosis and then treatment. Information about self-examination in India may be hard to come by unless you go looking for it on the Internet. Most people may be uncomfortable showing posters of “females presenting nipples” which explains a lack of posters about breast cancer and self-examination. Some sites may also censor breasts, citing that they cannot show these images to anyone who is under 18 ( like Tumblr).

The illustration below gives some tips to perform a breast self exam. (Image courtesy: Nursingcrib www.nursingcrib.com )

What to look for

If you appear to be exhibiting any of the symptoms, you would be well advised to see a doctor right away. That being said, not all breast lumps are cancerous. Some of them may be cysts or fibrous tissue due to other non-cancerous reasons.

Early detection of breast cancer is important as it could be life-saving. Treatment options increase with earlier detection of cancer. Also, when it’s small in size and has not spread, it is easier to treat successfully. Breast Self Examination is one of the tools that help early detection, but should not be used as a diagnosis in itself.

[If you also have any other questions or doubts about periods, pregnancy, abortion, or your sexuality, please talk to us. We will immediately help you. Talk to us by clicking on this Whatsapp chat button:

About the Author: Nishita A.S

She is a second year Bachelor of Science student from Jyoti Nivas College, pursuing Journalism, Psychology and Computer Science. She’s a student with ADHD, with a passion for food and poetry accompanied by a passionate hatred of all things sexist, racist, and bigoted. She loves all the puppies and kitties and escape rooms.

Tits Clueless: Why We Know So Little About Breasts and Breast Cancer