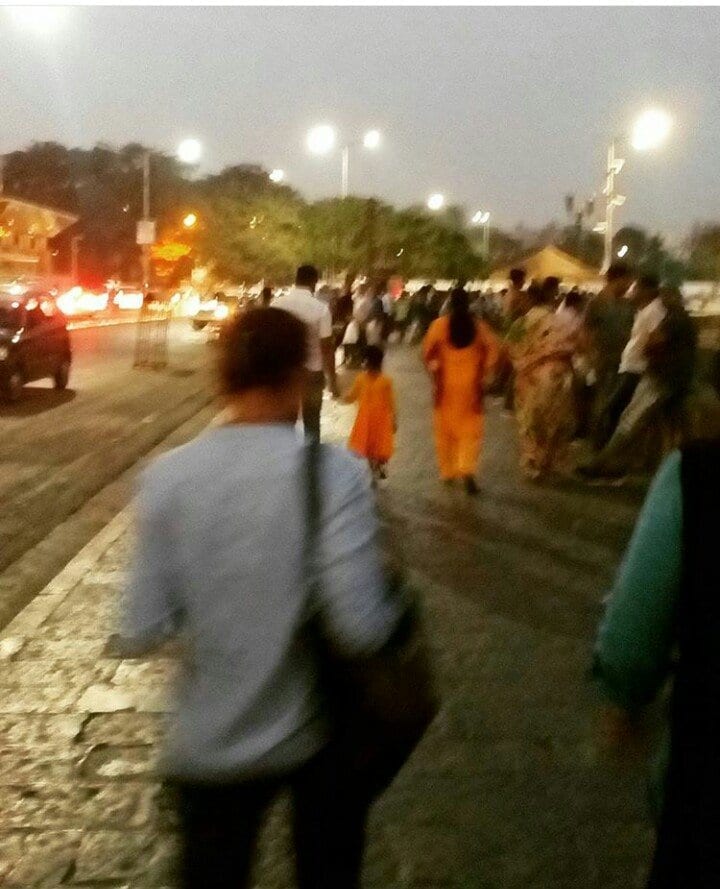 By The Bachchao Project and Hidden Pockets Collective

Our Intention behind this

The way to build an inclusive city is to understand the diverse needs of the people interacting with the city. Every city has an governing body to draft plans, these plans essentially used to shape the work and infrastructure in the city over a period of time. Every few years when new plans are formulated, these plans are released for consultation to the citizens of the city.  These are opportunities for citizens to engage and shape their city to their needs.

When BDA released the master plan for 2031 we saw this as an opportunity to look at the gendered needs in the city and highlight the same. This is the first of our efforts to be more involved in the City Plans.

In our analysis of the BDA Master Plan, we realized that most of the draft of the planning is based on a concrete understanding of a city, which is focussed more on developing spaces for industrial purposes without reflecting the lived experiences of people living in these spaces.  The plan is more focussed more making the cities more functional without looking at some of the problems presently being faced by the people living in these spaces.

We have based our observations on the maps provided in the BDA 2031.  With regard to land use, there is a need for more public audits and data collection. Data is insufficient and does not accurately locate some of the spaces.

The proposed city planning does not attend to needs of all persons living in these spaces. While the BDA has considered traffic, emergencies and disasters; safety as a parameter has not received any mention in the document. Based on experience, we can identify some of the spaces in the city, which are densely populated and some of these spaces have reported several harassment incidents and are considered unsafe for eg: the petta area right in the center of the city and the city bus stand. However safety has not been considered and this has not reflected in the urban planning of some of the spaces. These are just few spaces we could easily point out but there are several such pockets in the city. While the master plan has looked at all the available data sources when it comes to emergencies, disasters and even of archaeological importance. They have failed to look at any available safety indexes and nor have initiated conversations in that direction

Similarly while considering the infrastructure of the city. In area zoning regulation there is mention of width of the road, but indicators like street lighting and footpaths for pedestrians which can be some of the markers for safety concerns in an area is missed out.

In a city like Bangalore, which has a growing concerns around migration, there is no mention of shelter homes for different communities. They have not received any place in area zoning regulation. Not just shelter homes for different communities, shelter homes for women and children were also not considered under public spaces. These spaces are important is supporting a healthy community. A city as large as bangalore should have safe spaces for survivors of abuse and people with no support systems. We thought it was odd that the plans did not consider this as a need of the city.

Bangalore is a melting point of people coming from different parts of India, who are adding to the booming economy of the city. Migration of human resources also puts onus on the city to make the city more accomodating for people who are migrating. This is often done by encroaching spaces which are allocated as public spaces.

The draft mentions Public sector enterprises as lung spaces of a city, indicating that these spaces can be used by general public for purpose other than functions of public sector. This is a very limited understanding of a public space and also reduces the space which could have been accessible to general public.

There is a potential of public spaces to be point of interaction where people from different communities can interact, it can be a great space for flourishing informal sectors. There is a need to define public space with usage perspective and not just see it as empty spaces.

UNESCO defines a public space as an area or place that is open and accessible to all persons, regardless of gender, race, ethnicity, age or socio-economic level. Some of the structures can be  plazas, squares and parks.

More SDZs seemed to have been proposed which are not connected within the existing layout of the city.

The industrial and residential areas do not have a clear path of connection between the two sections. These spaces can become inaccessible and unsafe for people from different communities.

Public spaces also provide an opportunity to design sanitation as part of the urban planning and introduce several public toilets especially for women working in the informal sector who might not have access to close toilets in their work spaces.  Public toilet is another aspect, which failed to get notice of the planning process. This also gets linked to safety aspects in these public spaces. If public spaces are designed keeping in mind the needs of people from different communities, it becomes more diverse, attracts more people and provides the space with a community feeling, which also makes safety then as a community issue instead of an individual issue.

Through our work we also realised the need of city specific gender data. We released there were no public records of safety audits, nor there were enough material talking about experiences. The mapping of what makes women’s lives in the Bangalore meaningful was also missing.

Through our work we recognised that the need for more rigorous and in detailed submission. Our comments were unfortunately limited by lack of time and readily available information to make it possible.

Our submission to the consultation are based on our broad learnings from :

The Bachchao Project is a community effort to develop / support Open Source Technologies and technical frameworks with the following goals :

1. Prevention of Gender Based Violence.
2. Equal Rights for Women and LGBTQIA communities