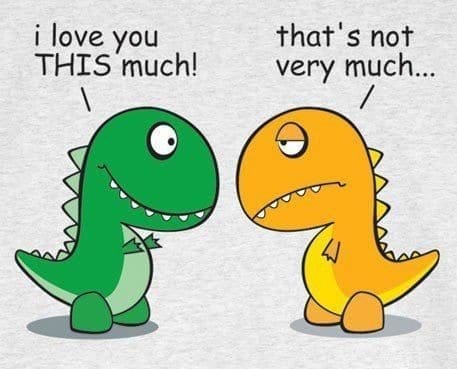 We humans need to start looking at animals to understand more about consent and sexual behaviour.

Historically, it was believed that only humans and a small number of other species performed sexual acts other than for reproduction, and that animals’ sexuality was instinctive and a simple stimulus-response behaviour.

This is probably the most romantic story you’ll ever read. Most penguin couples are survivors of long-distance relationships and spend most of the year apart–only meeting once in late-March. Penguins search for their mates by listening for their bugle call. They then mate in an extremely awkward position. Lying flat on top of each other passing sperm through the same orifice that they use for defecating–until the egg is laid. Then the female passes it very carefully to the male who keeps it warm under a fold of its skin, till it hatches. The females then leave for about 2 months leaving the males to huddle together. When they finally return, the females find their mate again by listening for their bugle call over all the others! All in all, it seems like the male emperor penguin is quite possibly the most monogamous male species on the planet.

Porcupines have a very bizarre mating ritual. First of all, the female is only interested in sex for about 8 to 12 hours in the year. But, this is not surprising considering how the male woos her. The male stands on its hind legs, waddles up to the female, and then sprays her with a huge stream of urine! If she is impressed by its smell, she will rear up to expose the good stuff and allow him to mount her! However, if she doesn’t, she will scream and shake the urine off. How humiliating for the male indeed to have his urine turned down!

These are basically a slightly strange species of Octopus. Firstly, they have a highly divergent sexual dimorphism, which is otherwise known as extremely different body sizes of males and females. But that’s not really why the argonaut makes it on this list. When its time for copulation, males and females don’t even have to make direct contact. Rather, the male produces a ball of sperm in a special tentacle called the hectocotylus. When it meets a female it fixates on, he then detaches its penis and allows it to swim to the female and impregnate it. Incidentally, the detachable penis was first noted by an Italian naturalist back in the 1800s who mistook it for a worm!

Here is the odd trick of nature–there are no male whiptail lizards so sex is entirely out of the question. Instead, they reproduce by attempting a pseudocopulation with other females (they take turns mounting each other), which helps in stimulating the egg production in both lizards. When the eggs finally hatch, they will simply be all-female clones of the mother! Well, it certainly looks like these reptiles cut out the need for male altogether!

I bet some women wish sex worked this way for humans as well. For the longest time, scientists were confused because they simply couldn’t seem to catch a male anglerfish, until they figured out the reason. Born tiny, weak and dependent, the male anglerfish just never seem to catch a break in life. Since they are born without a digestive system, they are forced to find a female quickly and bite on her flesh. This then releases an enzyme, which digests the male’s skin and he ends up becoming nothing but a lump in the side of the female. Then, when she is ready to spawn, her male appendage is already available ready to release sperms into her egg when required!

You know how they say you should never assume the size of a man’s “junk” based on their overall size. Because you could be in for a surprise? Well, that’s exactly the case when it comes to Argentinean lake ducks. The small fowl might appear tiny if you only consider its body; but its genitals are another thing altogether! While the bird itself only measures about 17 inches, its penis is equally long. It is shaped like a corkscrew and should a female try to escape its awesome power, this crazy duck simply lassos it with its penis and pulls the female towards him! Scientists state that these ducks were promiscuous by nature so this was simply an evolutionary adaptation for the males to become more attractive for the female.

I know it’s hard to believe. A while ago, zookeepers realized it was close to impossible to breed Pandas in captivity. In fact, it seemed as though they had absolutely no interest in having sex whatsoever. Then one day, though don’t ask me why, a worker at a research base in Sichuan Province, China had a very bright idea indeed. He showed them Panda porn. In all honesty, it has been discovered that steamy videos of Pandas getting it on seriously excites these adorable black and white bears, making this one of the weirdest sexual discoveries about any animal ever.

PS: Most of this content is picked up from internet for starting conversation.