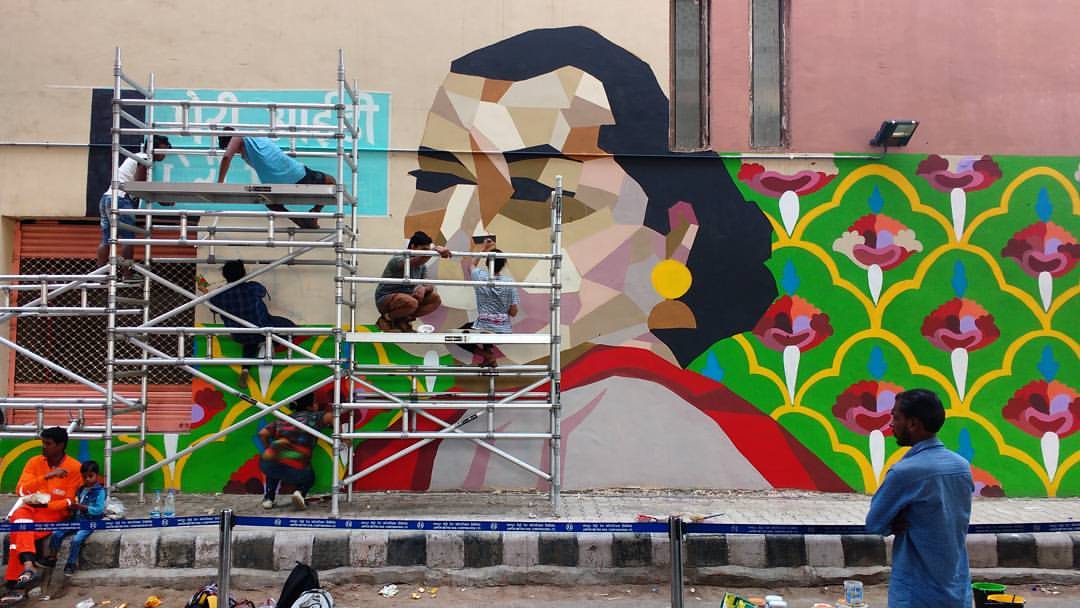 “Initially, they (transgenders) are very unsure of why they are doing it or what they are doing which is completely understandable because it is a very new thing to be painting a wall. After the first day, they just want to come and paint. They like the process, they like the fact that they are doing some work and the results are in front of them. And it is also more fun when all of us are together. It is some sort of a meditational thing, coming here every morning and painting and eating lunch together,” – Poornima Sukumar, Founder of the Aravani Art Project.

“I found them to be so bold and so much more like a woman. We (cis-women) are also like that but we have been pushed down by patriarchy for whatever reason. But it was nice to see these women coming out and fighting against all odds, believing who they were and following their heart.”

Growing close to the transgender community during her work with a documentary film involving the community, Sukumar decided to start the Aravani Art Project in early 2016 as way to continue her engagement with the community and to also get them involved with an art project that is for them and by them. It was her first project, an experiment involving her friends and the transgender community, that gave her the confidence to take the project to other cities.

The objective of the project is to get to know the transgender community more personally by getting them involved them like anybody else in a project. The idea is to also give the public an opportunity to have conversations with the community. Sukumar notes that though many want to engage and interact with the community, they don’t know the right way to go about it.

“We do not force people to talk to each other. Neither do we encourage people to know about each other’s back story because that’s not what we always want. We want to know them as just people and hang out with them just as we would with any other friend.”

With every edition of the project focusing on a specific aspect that the community in the city wishes to focus on, the Chennai edition’s focus has been the policing of the transgender community in Chennai. This has been a serious concern in Chennai following the death of Tara, a transgender woman under suspicious circumstances outside a police station in the city.

“This time, their concern is only about why the policing has not stopped. They are worried about themselves because they don’t know how safe they are. There is no guarantee for their safety. So that’s the safety issue that they want to raise. We also want to push the fact that they are in need of humanity,” explains Sukumar.

Though the project is not partnering with any one organisation in the city, members from Sinegadhi in Chennai are participating in the Chennai edition. Katiyakaari, a theatre group from Chennai has also been supportive of the project in the city. The project also comes with its own set of challenges. Sukumar notes that though “people are ok with peeing on a wall, sitting on it, letting it crack away“, they aren’t too comfortable when someone wants to paint it, giving it some attention. She says people seem to be averse to the idea. Hence permission always seems to be a concern for the project. There is also the need to build trust with the transgender community in any city before they decide to be a part of the project in their city. It also took her four trips to Chennai before she was taken seriously.

“I can’t just go one day and say I’m going to paint a wall for you, so come and paint with me. They are not going to immediately say ok, we’ll leave everything we everyday and come there to paint. It requires a lot of time and patience for them to know that I’m serious about what I’m saying and I’m not doing this for any media gimmick of sorts and that it is purely for them and by them.”

This, Sukumar notes after taking the project to Mumbai, Bangalore, Jaipur and even SriLanka. Thanks to the economic environment in Mumbai, the transgender community in the city, according to her is relatively more street smart. Bangalore, on the contrary, is still a little closed and sadly, has no time for the transgender community per say. In Chennai, it has been more about relationship building for the Aravani Art Project. Being the smallest of the Indian cities that the Project has been to, the Jaipur edition was about addressing and being their voice for their issues.

“In Jaipur, people were really shocked to see transgenders coming out and painting. It is just that they have never even imagined them doing anything else. It was a really nice experience for the community themselves that they could do it. And we’ve painted it in the metro station so they are very proud of it. They feel really good.” 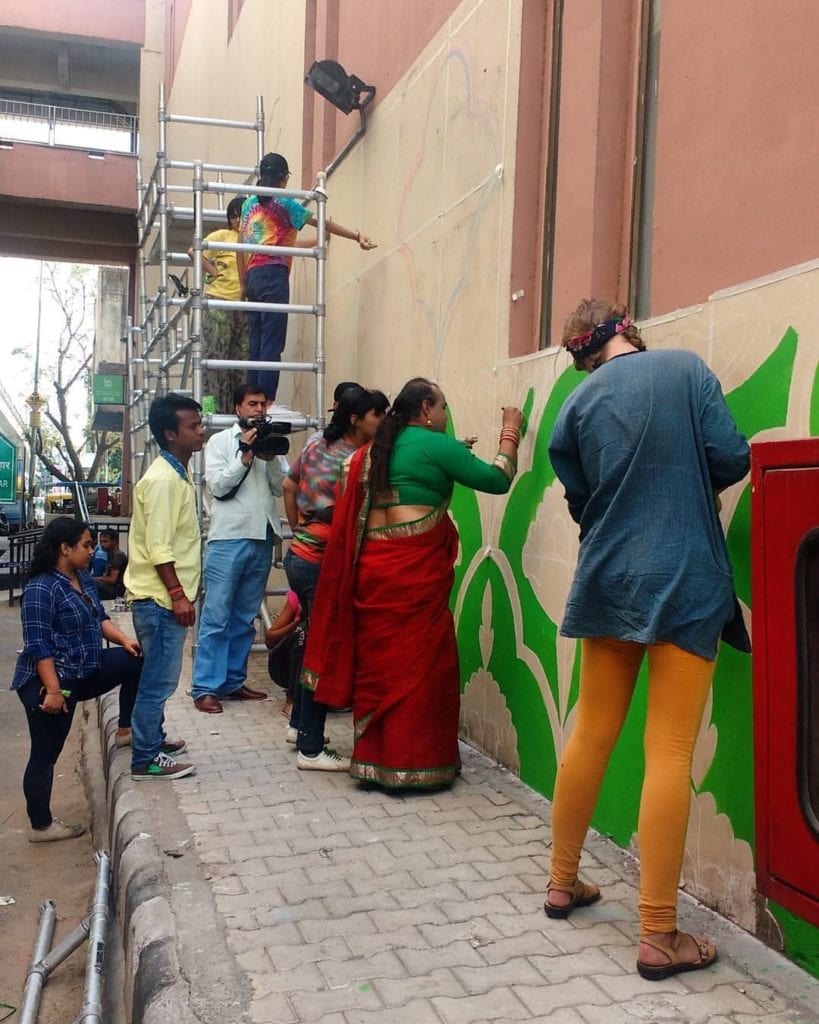 Apart from some support from an organisation called Arogya Seva that supports them for the food and paints, the project is completely voluntary. The Aravani Art Project’s members are all artists and individuals who volunteer for this project. The project is also open to Corporate Social Responsibility (CSR) support from different organisations. If sufficient funds can be raised, Sukumar hopes to also teach art to the transgender community.

What happens after the Aravani Art Project’s edition in Chennai is complete? How will they take it forward? On that note, Sukumar explains that being a part of this project is not going to get the transgender community any direct attention. They feel satisfied when they do something like this and that’s the reason they are doing it.

“It is an overview and a homage to what has happened. It is a homepage and ode to Tara and all the other transgenders who went before her.”

Here is a podcast  about celebrating the Koovagam festival :