The only time I have ever felt comfortable with being told that women ask for it was in an adult toy store in Kolkata. I was almost inspired and quite thrilled to learn that women in Kolkata had asked for adult toys even about two decades ago.

“They (women) would buy fantasy products like exotic night wear. Along with lingerie, we also sold products like fetish garments, soft handcuffs. From then on, women felt comfortable asking even for toys since they were used to buying these products from us. Why not buy it all from the same place instead of another store was the reasoning that they gave,” Nathvani explained.

Having visited the store personally, I would agree with him. It took me a while before I was certain that I was in fact, in a store that sold adult toys. Third floor of a lavish Forum Courtyard Mall in Kolkata! Doesn’t sound like an inconspicuous location for an adult store now, does it? It sounded easy enough to find or so I thought. Knowing the name of the store, I went looking for it on the third floor. It was easy enough to spot. The board read, ‘La Lingerie.’ I walked in only to find shelves and racks filled with lingerie and night ware, both ordinary and extraordinary ones. I walked around the place and found no adult toys. I was certain about walking into the wrong store. I should be honest here. Even for someone who writes about ‘sexual and reproductive health,’ I wasn’t quite uncomfortable with asking for adult toys in a regular lingerie store. (Later I understood that this feeling is also why women feel comfortable buying adult toys there).

If you need personalised assistance on sexual and reproductive health, WhatsApp us at +918861713567

My friend, who had suggested that I visit this store, had also asked me to have a chat with the storeowner. Taking the suggestion, I asked to talk to the storeowner. Another confession! Talking to the storeowner about adult toys wasn’t as uncomfortable as it was to talk to the staff about it because I was there to interview him. It turned professional. (I wasn’t there to buy! Basically, I won’t be judged.) He then took me to the adult toys section in the store called the Couple Corner on the first floor and we sat there for a chat.

“18 years is a long time to be in business. What has changed over these many years?” I asked.

“Back then the men would stand outside and the women would ask for the products. Then we found out that it was their male ego,” said Nathvani with a laugh.

I didn’t quite understand it.

“We had to educate them saying that these toys are not a replacement for you but just some add-ons to spice it up on a special night. I wouldn’t say much has changed except that they aren’t shy anymore. More awareness has happened with men to please their partners. We also see men coming and picking up products. A lot of men have size problem. Some have pre-mature ejaculation. There are travellers who stay away for family for long. Even doctors recommend that women masturbate to release stress if you are not with multiple partners. So the toys work as medical aid too.”

What caused the change?

His words confirmed similar experiences recalled to me by other women before. I was glad that someone was finally talking about consent. However, my question was, would this attitude help the business of selling adult toys? He says it does and his reasoning made absolute business sense. 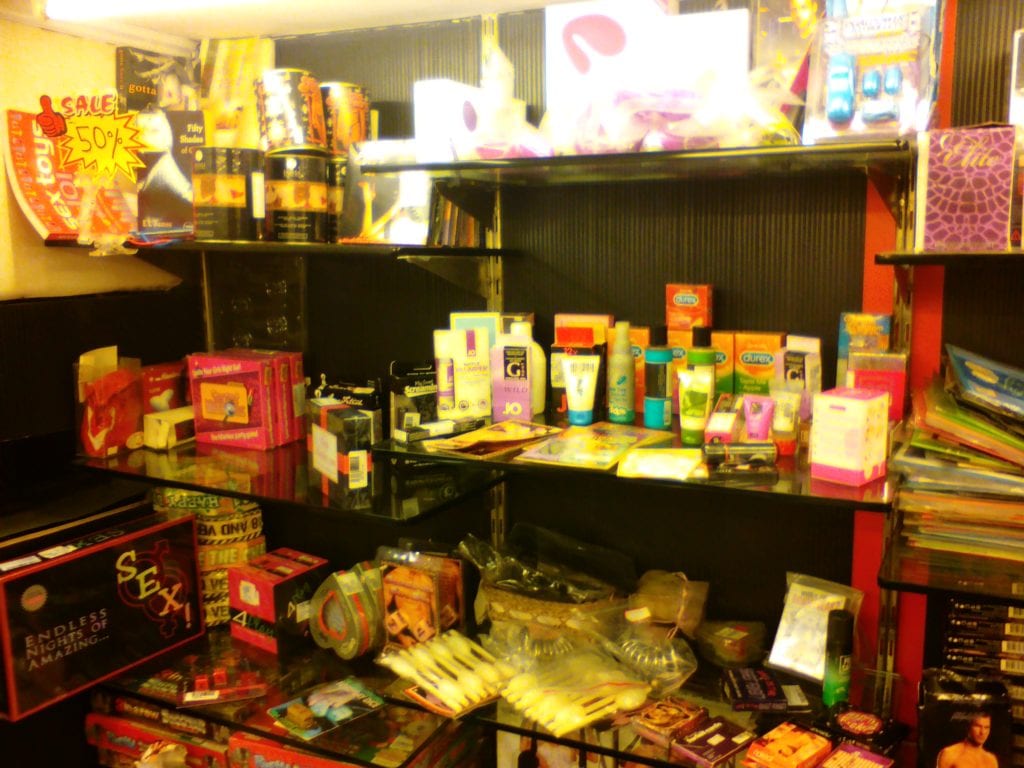 If the focus was to sell ‘educationally’, then what were the common sexual problems/concerns and what was their solution?

(Strap on! This is a big one! Might hurt some men but ladies, aren’t we glad someone said it?)

“Five years ago we started selling flavoured condom because women said that men don’t understand that they need to use something for oral sex. They need to be clean or understand that may be she likes a different flavour. That’s how we introduced flavoured condoms. It was not possible for women to go to medical stores to pick it up themselves. It was easier for them to pick it up from our store.”

What came next was even better (and beautiful)!

“Life doesn’t end after becoming a mumma and this needs to also be taught in India. The need for sexual health even after having a child is coming up in a big way.” 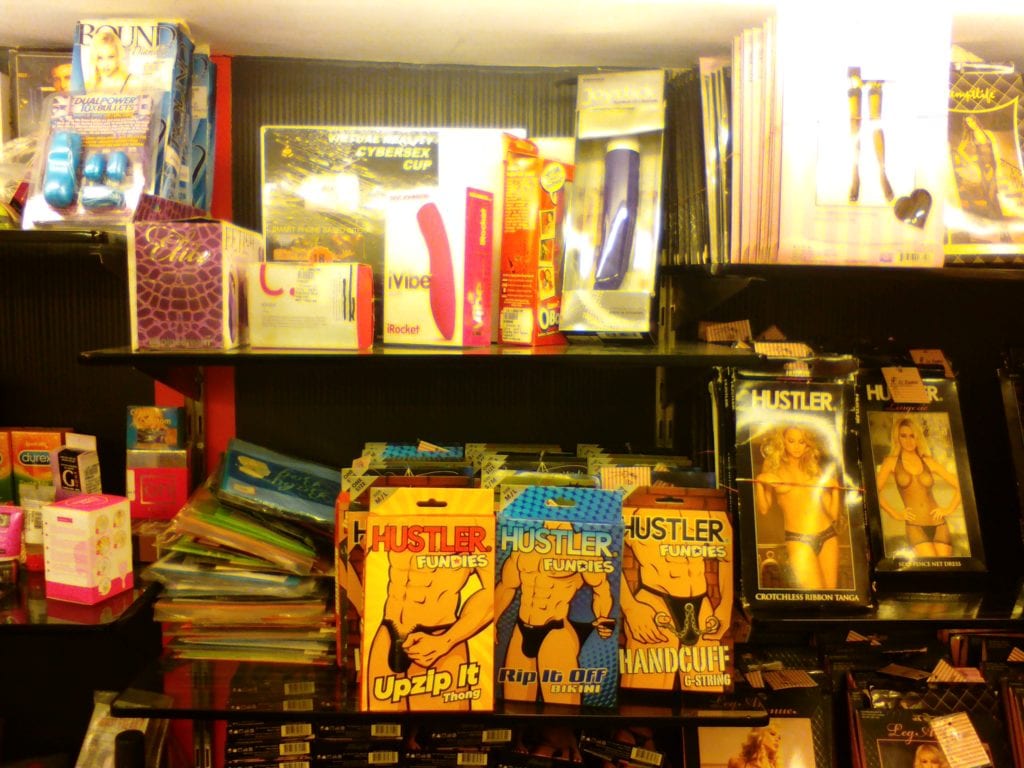 “Once you are matured enough to handle toys, then you can use gels and creams, clitoris stimulators, vibrators for more matured users. New couples usually don’t need it. New launches are couple toys that can be remotely controlled with mobile apps. That can work for couples who talk over video calls. The husband operates the app and the video can be live,” he added.

I had had enough!

That was too much information for a single woman not intending to shop there that day. Enough with the excitement and details for one day, I thought. With that, the interview about happy endings ended and I was happy to leave. But then came the icing on the cake.

Nathvani then narrated an incident with a college student living in a hostel who had come to buy a portable vagina.

After working the price out, the student asked him a pertinent question.

Student: What if my father finds out.

Nathvani: Ask him if he’d rather have you have illicit relationships than use this toy. I’m sure he’d understand.

Convinced the boy left for the day but came back the next day.

Student: Sir can I have another portable vagina?

Nathvani was now shocked and worried.

Nathvani: Sure but I won’t give you this one on a discount. You get only one discount as a student.

Nathvani: (Out of curiosity) Why do you want another one?

Student: I stay in a college hostel. There is great demand for a portable vagina in my hostel. So I started giving it out on rent along with a free condom.

On that note, I walked out of the store still with no toy in my hand or a happy ending.

Disclaimer: Writer does not vouch for the products or services offered by the store. It is left to the user/buyer’s discretion.