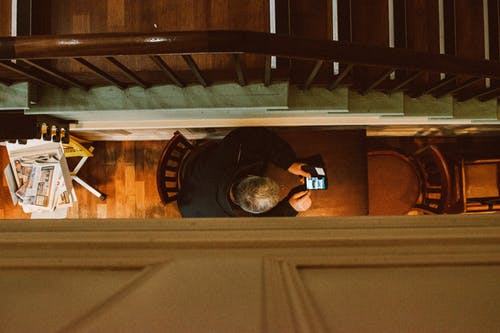 “But won’t it ruin the sex?”
“What if I have an allergic reaction towards latex?”
“Why do I need a condom? I only have sex with safe people.”
“Why should I use condoms when there are cost-free alternatives like the ‘pull-out method’ or the ‘calculation of safe days’?”

These are the types of dubious assumptions both men and women have about condoms. The history of condoms is still vague since nobody really knows for sure when the usage of condoms began. But what we do know now for sure is that the invention of condoms has been the greatest blessing to the sex lives of so many. It has contributed to betterment of the sexual health of innumerable people. Condoms not only provide protection against unwanted pregnancies, but are also extremely potent when it comes to reducing the risk of Sexually Transmitted Infections (STIs) such as gonorrhea, syphilis, chlamydia, and HIV/AIIDS by blocking exchange of sexual fluids. No form of protection is effective in totality, but condoms come close. Despite the fact that condoms are actually the most accessible and commonly used form of birth control, they are still more mysterious to many! So here is a list of 5 facts about condoms that will help you bust the myths that revolve around them:

1) Condoms do not really affect the quality of sex

A number of surveys and studies prove that men are capable of getting an erection and having intercourse without any discomfort or complication even when a condom is being used. In fact, couples are reportedly just as satisfied with a condom in use as they would be without one. Condoms are designed in a number of sizes for better fit and can handle great amount of physical pressure, thus making them really effective. With serious risks such as unwanted pregnancies and STIs, using (or not using) condoms will bring significant consequences for a person’s sexual health. According to a survey published in Journal of Sex Research, 50.3% of the men use ‘It doesn’t feel good with a condom on’ as an excuse to escape from wearing one. However, the fact about condoms affecting the quality of sex is actually not a fact; rather, it’s an old wives’ (or husbands’, in this case) tale.

The female condom is the underdog of the decade, with inadequate spotlight being thrown on it. It first came around in 1992 in the U.S. and became available in Europe a few years later. The female condom is a lubricated sheath with flexible rings at each end and it acts as a shield from sperm and STIs by completely lining the vagina. There are two types based on the material: 1) FC1 made of polyurethane and 2) FC2, made of nitrile, which is a non-latex material. The female condom can be inserted as early as eight hours before the intercourse. It is said to increase sexual pleasure, and that’s been getting female condom some attention with men. Female condoms are thus an effective way of protection against pregnancy and diseases. So the next time you feel like trying something out of the box or breaking the monotony, female condoms are your go-to option. More power to women!

Choosing what suits one best from the wide range of condoms available is important for practicing safe sex. Condoms are divided into four categories on the basis of the material which is used to make them. These are-
Latex condoms: This is the most widely used condom type. Latex is a type of rubber that is extracted from plant resources. Latex condoms are very effective in preventing pregnancy and protecting against STIs. However, the effectiveness of the condom is reduced when it comes in contact with oils.
Polyurethane condoms: This is the go-to option for people who have an allergy to latex. Polyurethane is a type of plastic. The condoms made out of this are thinner, yet stronger and looser than the latex ones.
Polyisoprene condoms: For people who have latex and/or polyurethane allergies, this is the best option available. Polyisoprene is synthetically produced. It is equally effective in protecting against unwanted pregnancies and STIs. However, the increased thickness of these condoms can be said to be their only con.
Lambskin condoms: These are not literally made from lambskin, but they are made from animal intestines. Although this is a viable option for people who suffer from latex allergy, it would still be better to go for a polyisoprene female condom than use condoms made out of this material. The reason behind this is that even though lambkin condoms can effectively protect against pregnancy and diseases like chlamydia, gonorrhoea and syphillis, they are not as effective in the case of HIV/AIIDS. Female condoms in this case would work more effectively.

Condom are available in different sizes. They come in different sizes such as small, standard, regular, medium and large. So if a condom feels uncomfortable to you, you are probably not using the right size. So ‘it doesn’t fit’ will not be an excuse enough to chuck the rubber!

4) There is a proper way to store condoms

Condoms should be stored in a cool, dry place away from the sunlight and sharp objects which could directly damage them (like sitting for too long with a condom in your back pocket. Ouch!). They should not be stored anywhere warmer than 100 degrees or cooler than 32 degrees Fahrenheit. It is also very important to keep in mind that expired condoms create a ‘touch-and-go’ situation and produce more risks when it comes to protection.

5) Incorrect usage can decrease the odds of protection

Although male condoms promise 98% effectiveness when it comes to protection against pregnancy, improper usage reduces the effectiveness to 82%. Similarly, the female condom can be effective up to 95% in preventing unwanted pregnancy when used properly. If it is not inserted correctly, it will be about 79% effective. Thus, people are advised to either be extremely careful of the instructions given for wearing a condom or use another birth control method along with the condom itself.

Know your condoms and take your pick!

Purnima P.V is pursuing History(Hons) from Miranda House, University of Delhi. Although a huge history buff, sociology is her one true love. She is also a photographer by passion. She describes herself as an ambivert, an amateur traveler, an avid reader with a special interest in the genre of fictional non-fantasy, a politically opinionated feminist, and an ally as well as a member of the LGTBQIA community.