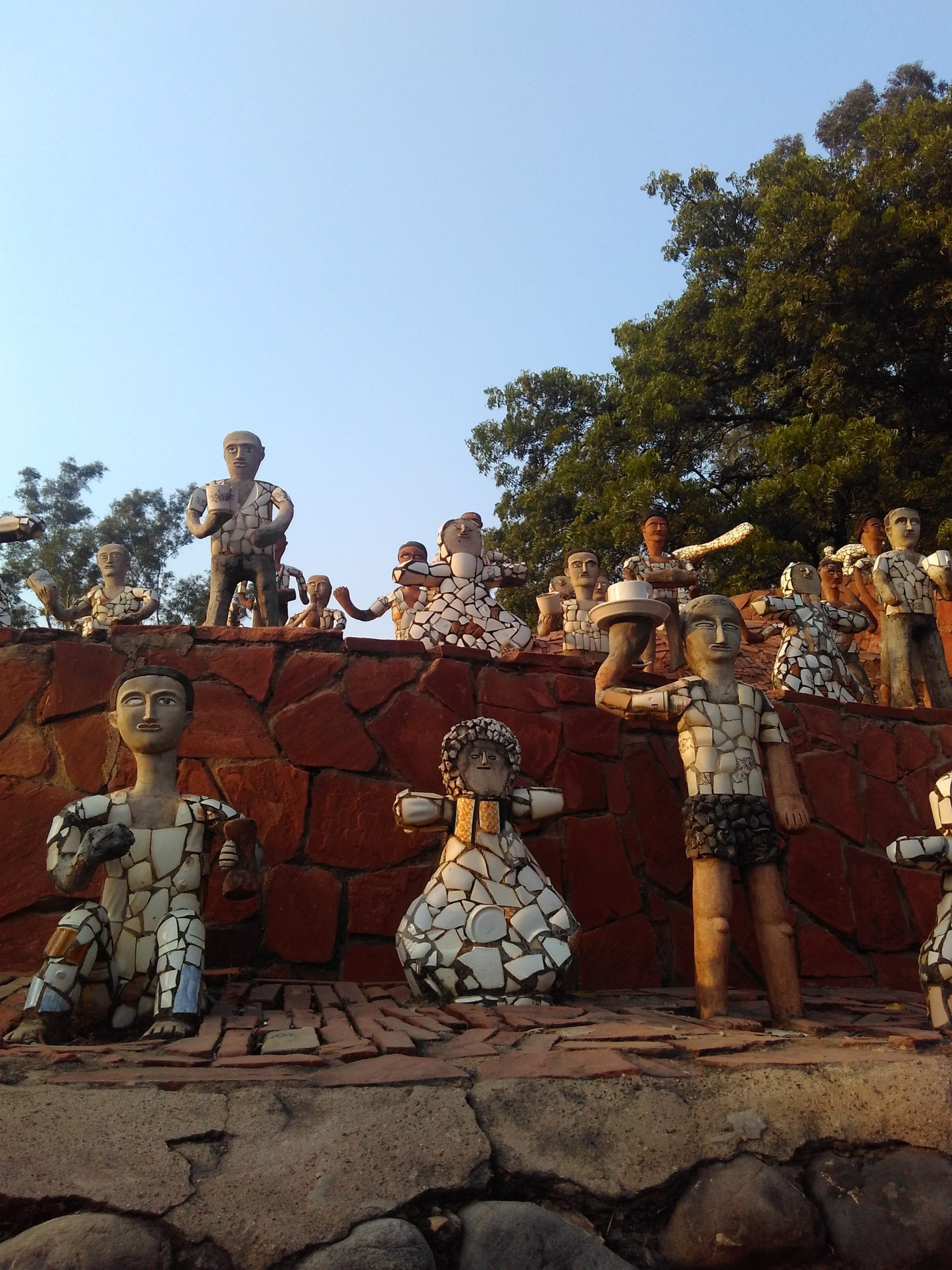 Growing up in Delhi, I have an aversion to anything planned in my life. This also reflects in my taste for cities. I have always loved Delhi for its lack of order and the fact that it was always a mystery and roads could always help you loose yourself in a city. It always felt like a ‘shehar’, a culmination of abstract points which made it difficult for me ever expect anything. So planned was certainly not the word I ever associated with cities.

Chandigarh, on the other hand, was the city I knew to be hailed for its planned narrative as a city. It is a city that grew out of conscious efforts of people. Vertical and high rise buildings were ruled out, keeping in view the socio economic-conditions and living habits of the people. My recent visit to Chandigarh was a direct confrontation with this planned city.

Chandigarh felt like a city of lines and geometries. Every road has a number, a co-ordinate, a landmark to be found, for some it must have felt the haven for treasure hunting. Every shopping street of each sector is linked to other sector, making continuum the factor. For some, this would have been awesome, but for me, it just re-inforced the city, which was built on narrative without any tinge of nostalgia.

I had heard a lot about Rock Garden, and I had seen the pictures of it all over the Internet. It is a garden built from waste, a garden which was built by dreamer, who could make children smile. It is a very romantic narrative for a city, which was bit too structured for me. I still went ahead for Rock Garden, as Ned Chand had a beautiful narrative to nudge me. 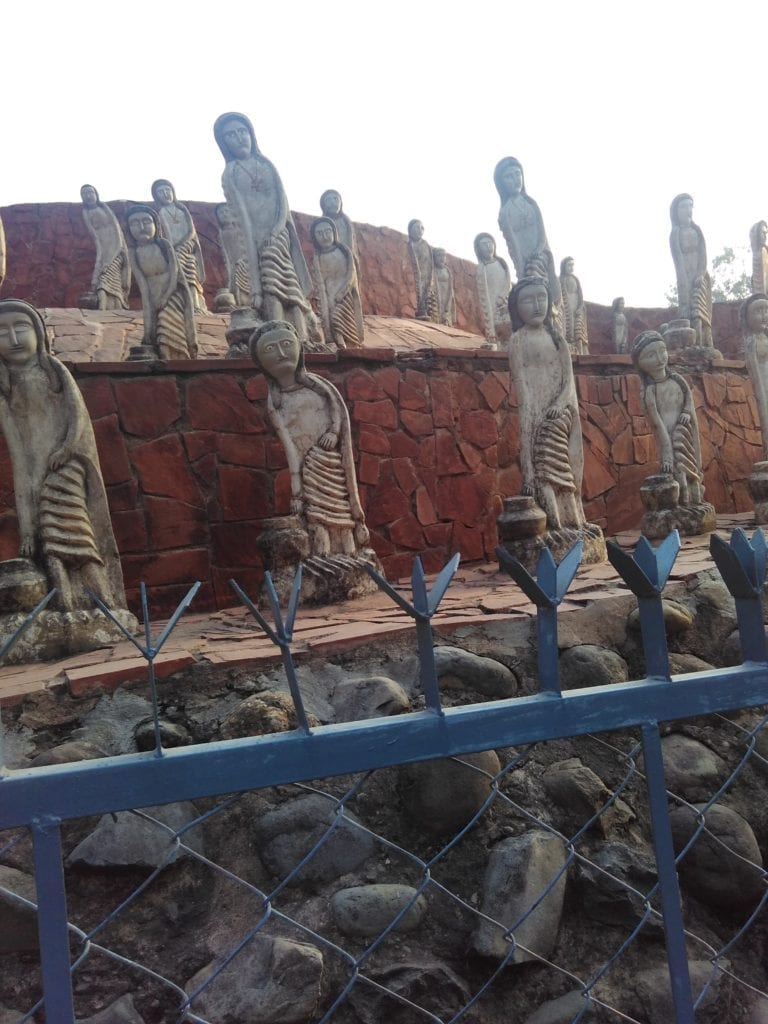 A collector of memory, Neb Chand was a Road Inspector in the Engineering Department of the Chandigarh Capital Project. He picked up stones resembling bird, animal, human and abstract forms. 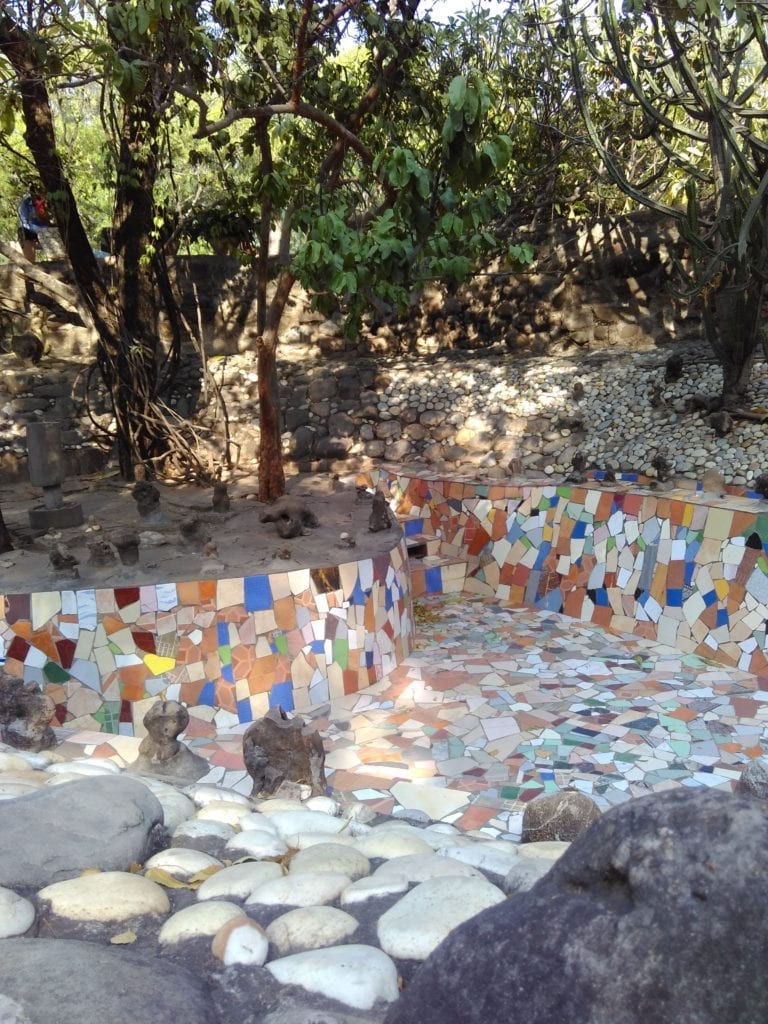 Rock Garden is an exact opposite of Chandigarh, which has become synonymous with ‘planned city’ in India. In simple words, it does not follow structures, it sees purpose in abstract things, it has reused, recycled things from residential and industrial waste. 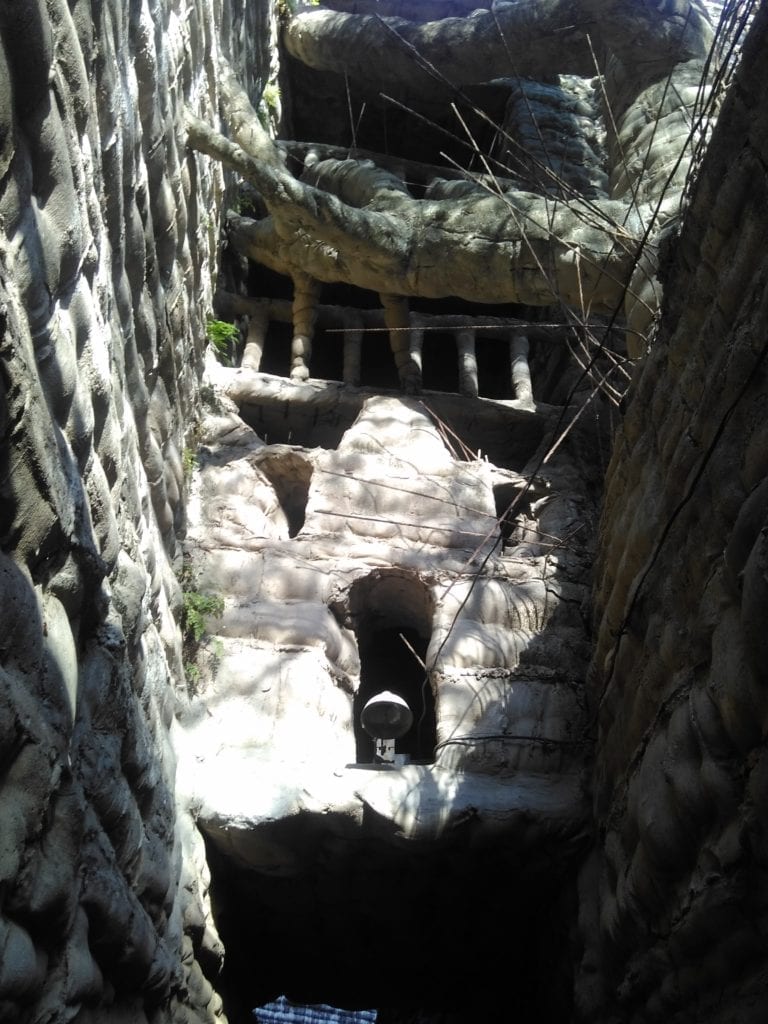 The Rock Garden has resemblance of a life which might not exist in a city anymore. It has the 5 elements of life, and restores the fantasy imagination of a child with nothing but curiosity to lead one.

This garden is a wonderful place to explore 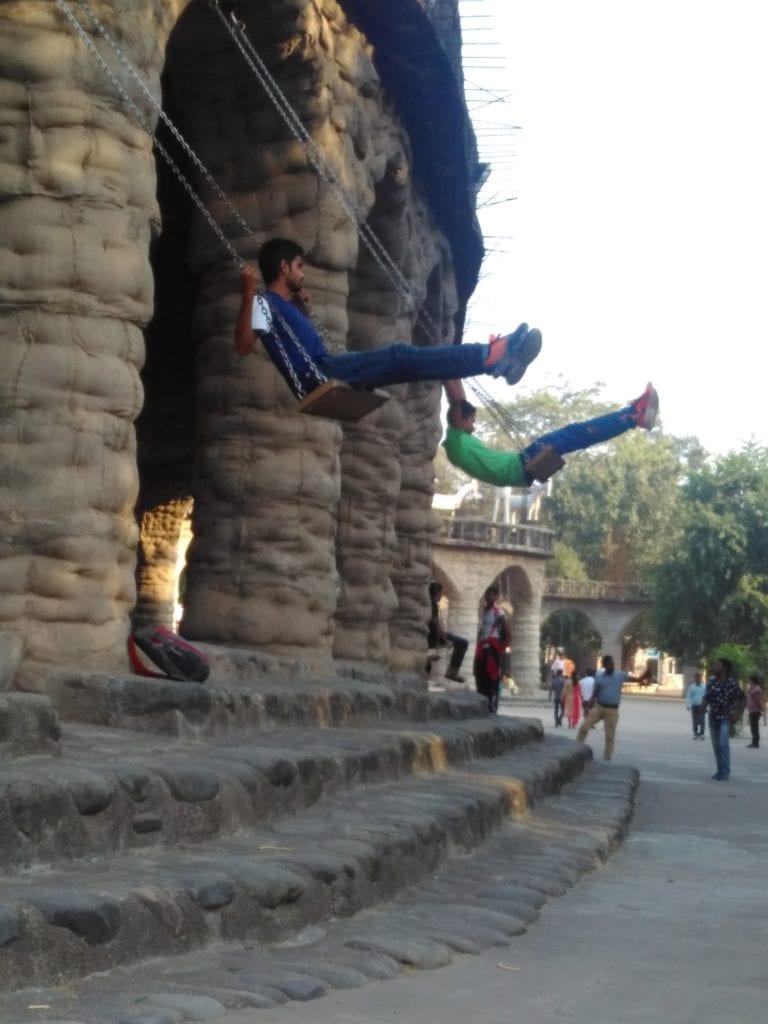 your senses, where you can sit for hours doing nothing. You can walk staring at such amazing sculptures. There are places where there are swings. It was fascinating to see people of different age groups trying these swings. These swings are lined up in a beautiful way, where from a far away space, you can see a ray of swings lined up with nothing but beautiful colours giving them company.

The Rock Garden has a perfect combination of the hills, the waterfalls, the plains and the plateaus. It aims to heighten our senses and makes us walk amongst the different elements of life. In its own quaint way, Ned Chand, the dreamer was able to convert his collection into a dreamhouse for all the souls of the city. It is the restoration of beauty which somehow gets restricted in the city, and is allowed to flourish amidst the has been beautifully spanned over acres of land. 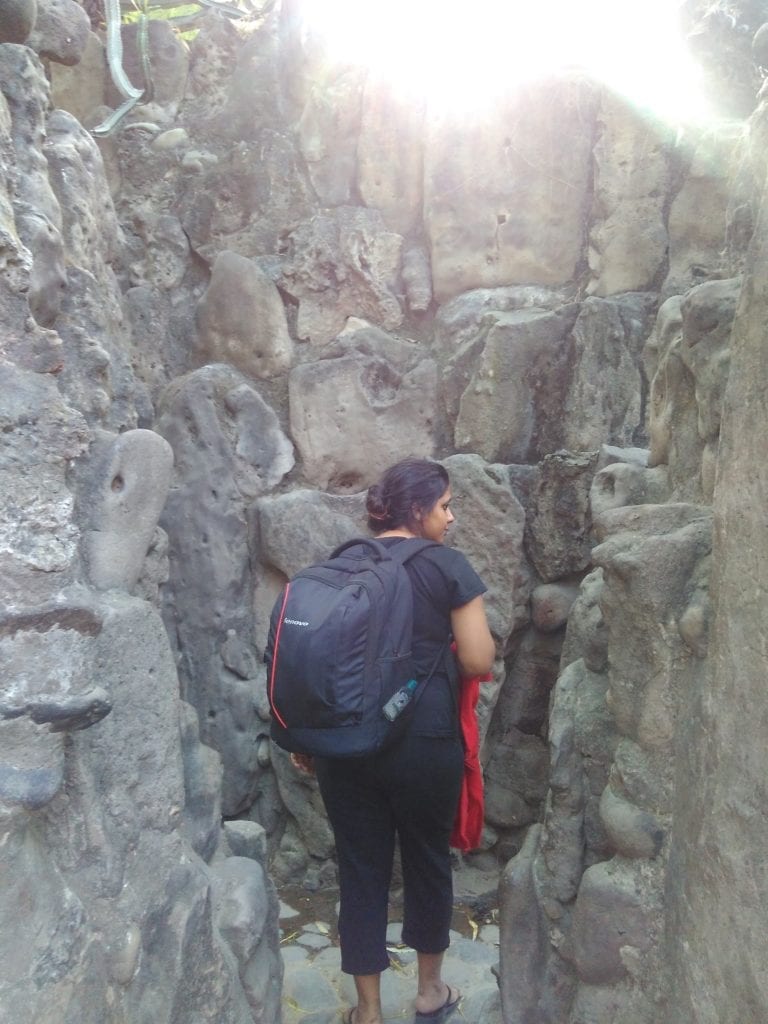 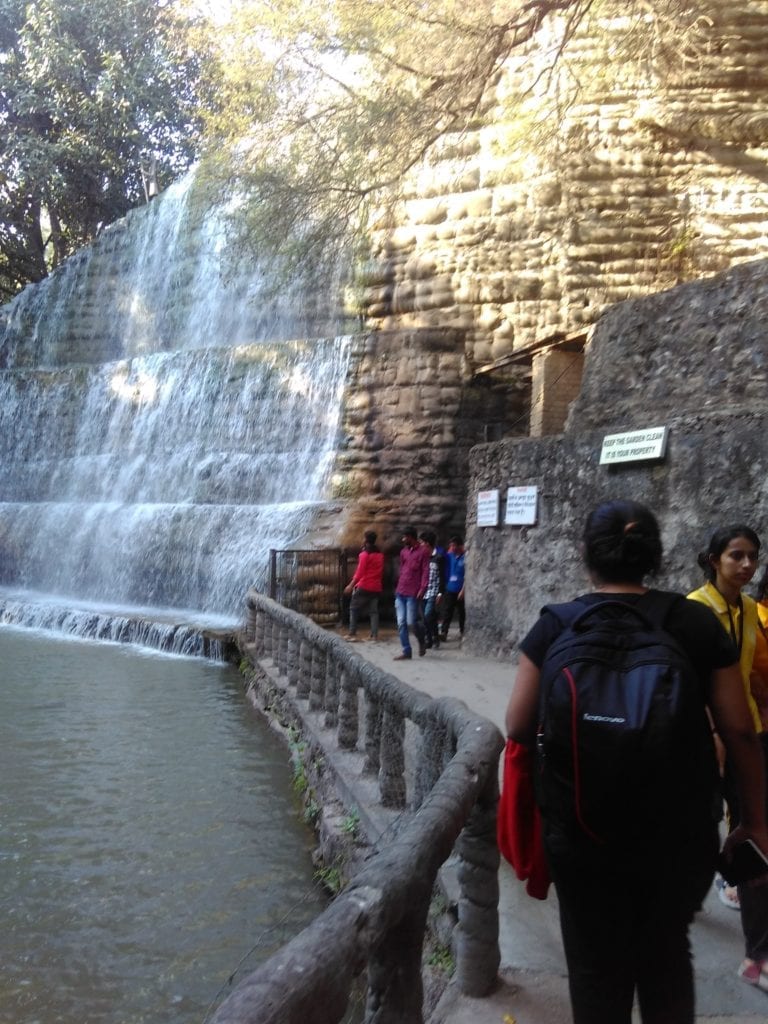