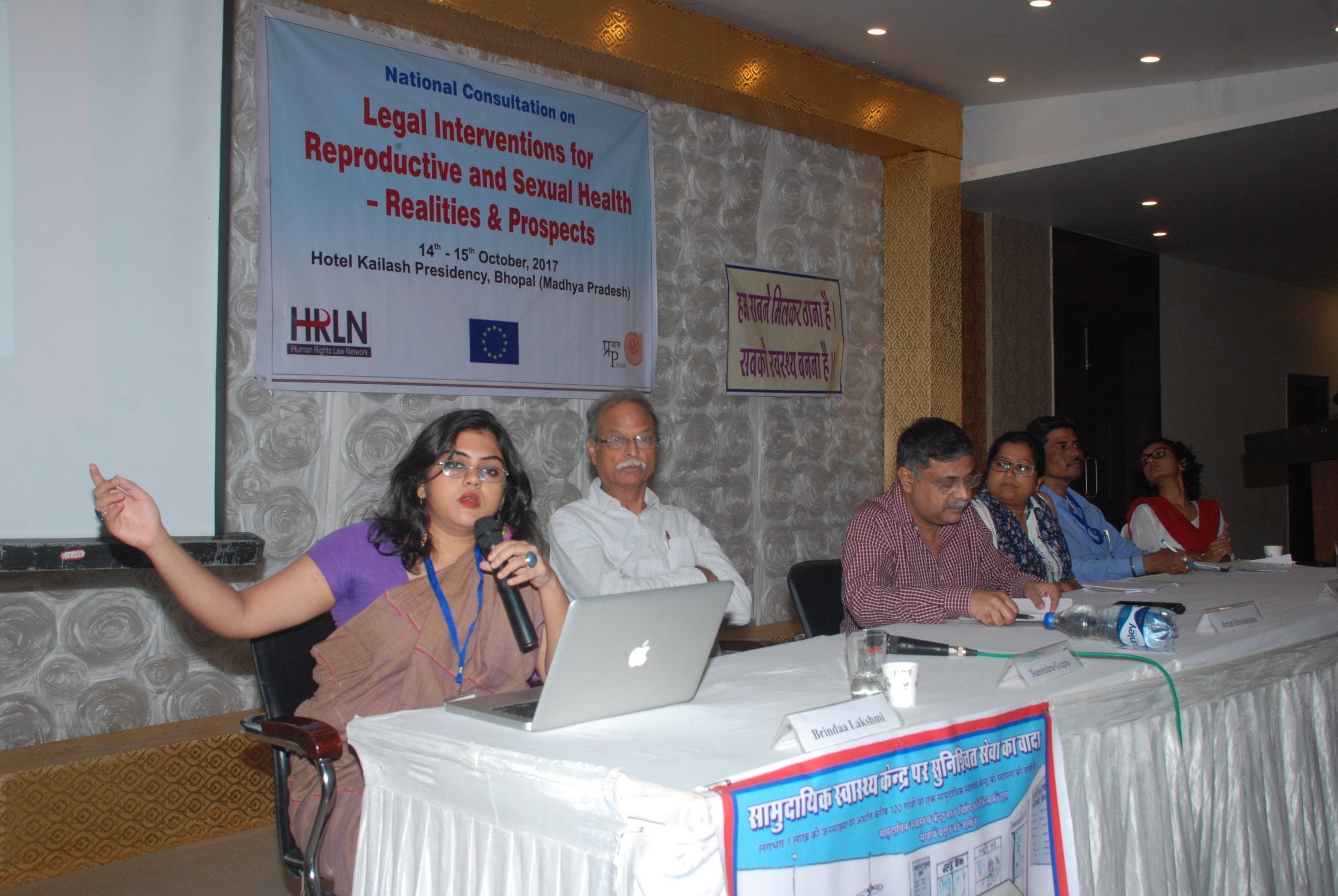 Hidden Pockets Collective took part in Public Consultation held by Prayas and Human Right Law Network in Bhopal in 2017. This year the theme was around Legal interventions in Sexual and Reproductive Health.

Are young people there in the National Health Policy 2017? In order to answer this question, it is important to understand the definition of young people. According to the National Youth Policy 2014, young people in India, which is people in the age group of 15-29 years of age, comprise 27.5% of the population. At present, about 34% of India’s Gross National Income (GNI) is contributed by the youth, aged 15-29 years. Government of India spends about Rs.55,000 crores on non-targeted schemes including health designed for various demographic segments of which youth are also beneficiaries.

Considering the youth contribution to the national population and Gross National Income, it becomes pertinent to understand the National Health Policy from the perspective of young people.

It is essential to understand that though the National Youth Policy acknowledges that 15-29 years of age is the age group of the youth, the National Health Policy nowhere specifically addresses the need of this particular age group although it mentions and includes adolescents with respect to several aspects. However, taking into consideration the different aspects that pertain to the youth, following may be seen as the areas that address the needs of the youth:

If you have any queries around sexual and reproductive health, please WhatsApp us at 8861713567.

“Assuring availability of free, comprehensive primary health care services, for all aspects of reproductive, maternal, child and adolescent health and for the most prevalent communicable, non-communicable and occupational diseases in the population.”

“an expansion of scope of interventions to include early detection and response to early childhood development delays and disability, adolescent and sexual health education, behavior change with respect to tobacco and alcohol use, screening, counseling for primary prevention and secondary prevention from common chronic illness –both communicable and non-communicable diseases.”

The policy gives special emphasis to the health challenges of adolescents and long term potential of investing in their health care.

“The scope of Reproductive and Sexual Health should be expanded to address issues like inadequate calorie intake, nutrition status and psychological problems interalia linked to misuse of technology, etc.”

National Health Policy 2017 and the National Youth Policy 2014, both address maternity health and the need to address the different aspects related to it for the mother and the newborn child.  It is progressive that the government acknowledges the need for expansion of reproductive and sexual health for adolescents and the need to address social determinants for maternal health. However, how it intends to implement these measures has to be seen especially with respect to National Health Policy.

“Enhanced capacity for detection and treatment of communicable diseases must be developed, especially for pregnant mothers and other high-risk groups.” – National Youth Policy 2014

While there are alignments with respect to several policies, there are several gaps between the policies and even otherwise. These gaps may have a far-reaching effect on the sexual and reproductive health of the youth.

Gaps between both policies and otherwise

Along with maternal health, the National Youth Policy also addresses the need to bring down female feticide to improve child sex ratio

“There is a need to pay special attention to health issues concerning women youth. This would entail greater pre-natal and post-natal care for women in vulnerable age group of 14-18 years, need to bring down maternal and infant mortality rates, campaign against female feticide to improve child sex ratio, etc.”

The National Youth Policy 2014 acknowledges the need to support “a few segments of the youth population require special attention. These include economically backward youth, women, youth with disabilities, youth living in conflict affected regions including left wing extremism, and youth at risk due to substance abuse, human trafficking or hazardous working conditions.”

This is not the case with the National Health Policy. Except women as a group, the intersectionality of young people with other groups of people has not been dealt with in detail in the National Health Policy 2017. There seems to be a gap in understanding the impact of an individual being subject to multiple challenges due to the intersectionality.

For example: A person may be disabled, transgender and HIV positive

The 12th Plan seeks to extend the outreach of public health services for moving towards the goal of Universal Health Coverage (UHC) through National Health Mission. – National Youth Policy 2014

National Health Policy 2017 has reiterated the same. It advocates an “incremental assurance based approach”. The policy tries to understand Right to Health from two perspectives.

The policy mentions that the medical tribunal will also be responsible for resolution of disputes related healthcare and also the need for protection of patients including right to information, access to medical records, confidentiality, privacy, among others. Information related to health is of sensitive nature especially sexual and reproductive health. This could include details about HIV and AIDS patients, abortion data (both married and unmarried women), individuals affected by other STDs, among others. What happens if there is a data leak? The government recently admitted to Aadhaar data leak.  Several state governments including Madhya Pradesh have mandated linking Aadhaar to HIV treatment. News reports note a drop in registration at ART centres since the announcement of this integration.

Right to privacy was recently declared as a fundamental right. However, there is no law protecting the privacy of Indians. It is worth noting that the verdict on mandating Aadhaar is expected in November 2017.

Note : Brindaalakshmi had attended and presented on behalf of Hidden Pockets Collective.