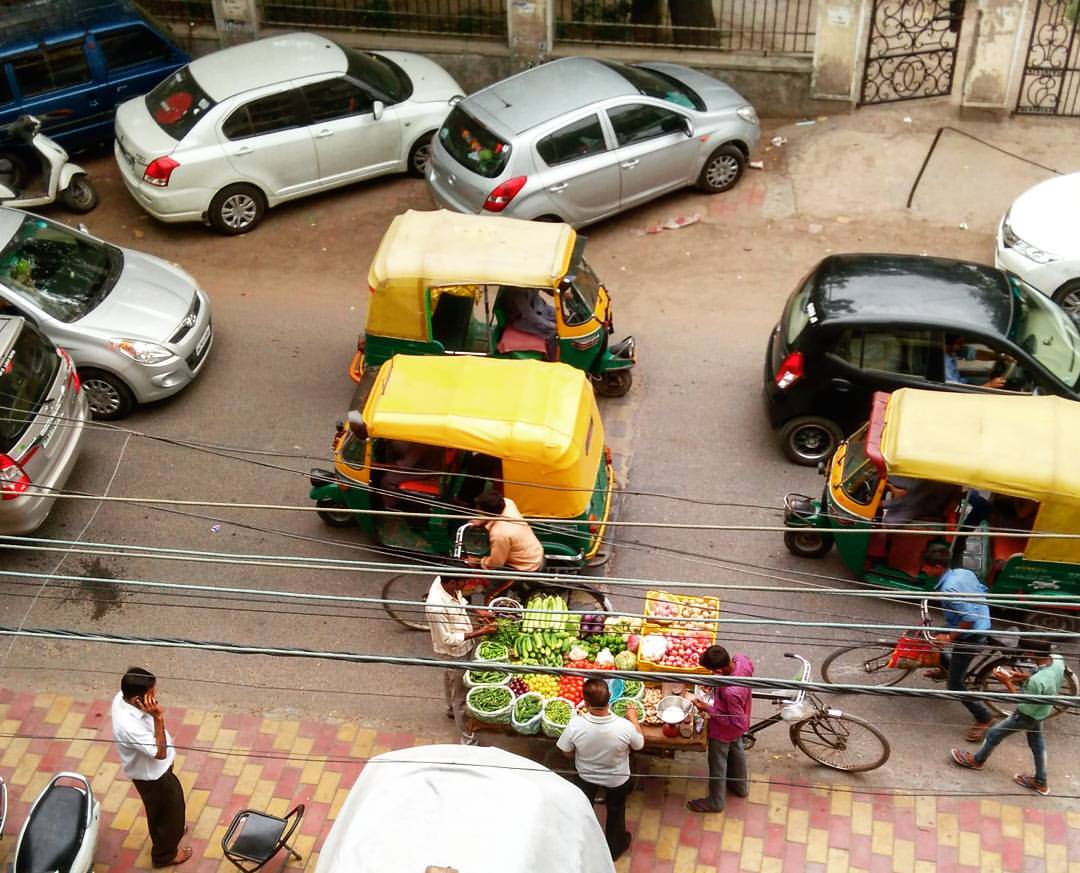 25 seconds to cross the double lane road at the signal near the Qutub Minar metro station? How illogical is it? And there’s definitely no thought given to a disabled or an elderly who might have to cross the road. The thought is scary because it is heavy traffic road with cars zooming past you in jet speed. The city roads are only for vehicles it seems. The pedestrians do not even cross the minds of the urban planner.

The more I walked, the more I got to know of the roads where you can walk and where you can’t. Meaning there are stretches where there are footpaths for us pedestrians. Some are broken with potholes and then there are no footpaths at all.

Here are some of the observations that hinder walking in cities based on the roads that I have walked on.

To walk freely you need space to walk. When footpaths are difficult to reach due to the way the cars have been parked, you end up walking on the road. With parked cars taking over the roads, there’s little space for the moving ones. Walking becomes a daredevil act since your chances of getting hit increases. 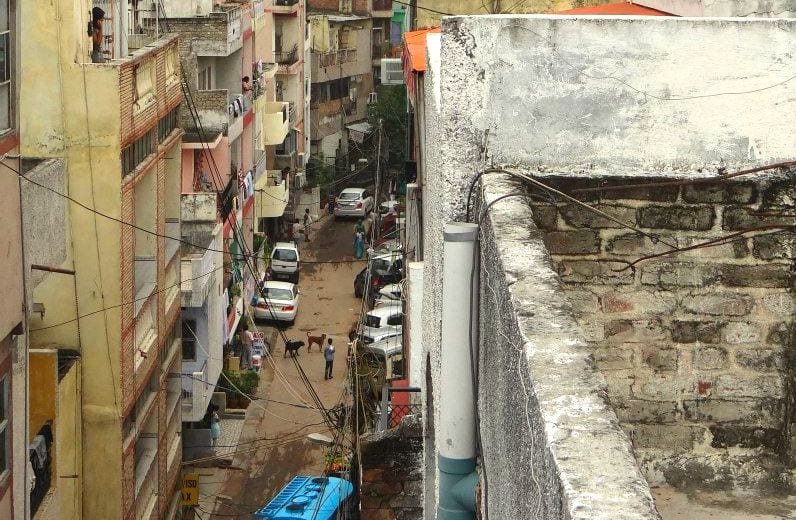 2. Maintain the Footpaths, clean it so that it’s a smooth walk.

The sight of a footpath is a happy feeling but walking on it is no less of a trauma. The rugged footpath will make you walk on the roads anyway, because the pedestrian paths are filled with everything else other than the space to walk. And then there are the hidden stretches behind the cars! I once managed to reach it and the filth over it made me go back to the road. I did manage to find a by-lane which was meant only for pedestrians but two-wheelers and autos had even reached there. 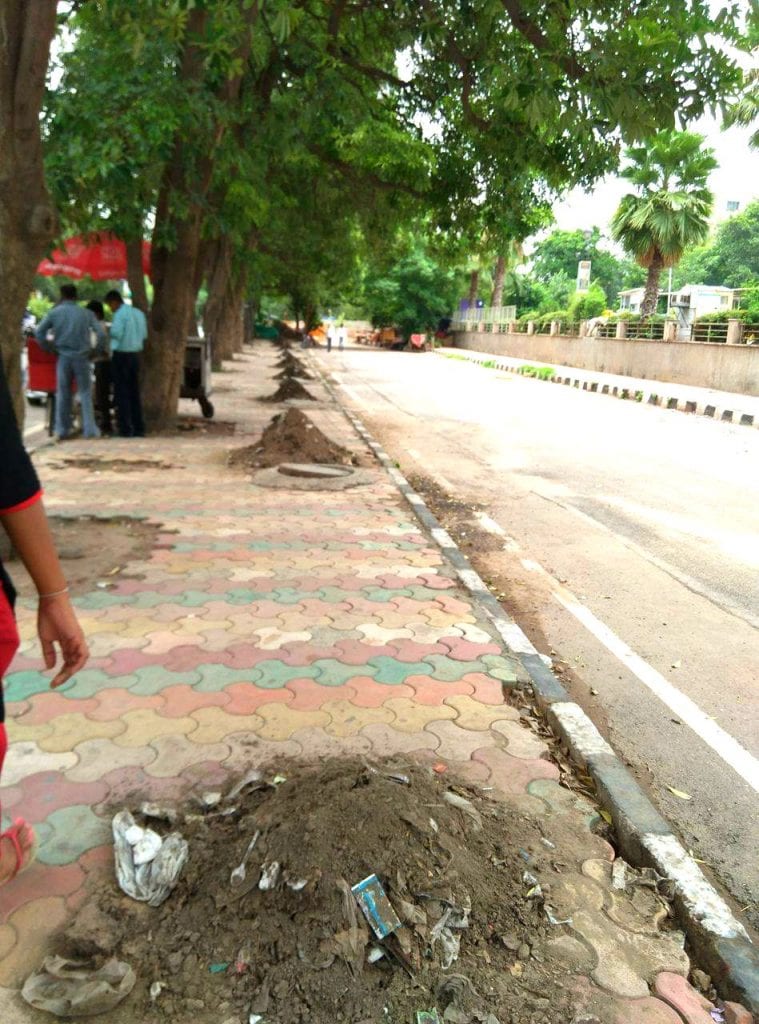 There are no paved or tactile paths to guide a visually impaired person. In Delhi University’s North Campus region the footpaths do have a paved path but get discontinued all of a sudden as an obstacle in the form of a tree emerges. The ramps in most places are broken which make it inaccessible for wheelchairs. “A student of Shri Ram College of Commerce (SRCC), who uses a motorised wheelchair, said: “The footpaths are just not accessible. They are broken at many points and ramps are not constructed properly. Most importantly, there is no space on the footpaths for a wheelchair to move. People park vehicles on the footpath and obstruct it.” “- The Hindu (2014)

4.Crossing the road in limited time: Get set, Go!

At the road near the Qutub Minar metro station, the traffic signal goes red for less than a minute to cross both the lanes. It sounds insane. It was around 9pm at night and the pedestrians had to run past it, with our hearts pounding hard with anxiety. It only left us thinking are we pedestrians even thought about while planning such minute and important issues.

With roads turned into unidentified water-bodies, you cannot avoid stepping into dirty water. The clogging is such that reaching the footpath becomes an impossible task. We do await rains to relieve us of the hot weather but once here, we just wish that it stops. Not only pedestrians but also the traffic comes to a standstill. It was only a few days back that #DelhiRains was trending on Twitter because of the traffic issue. 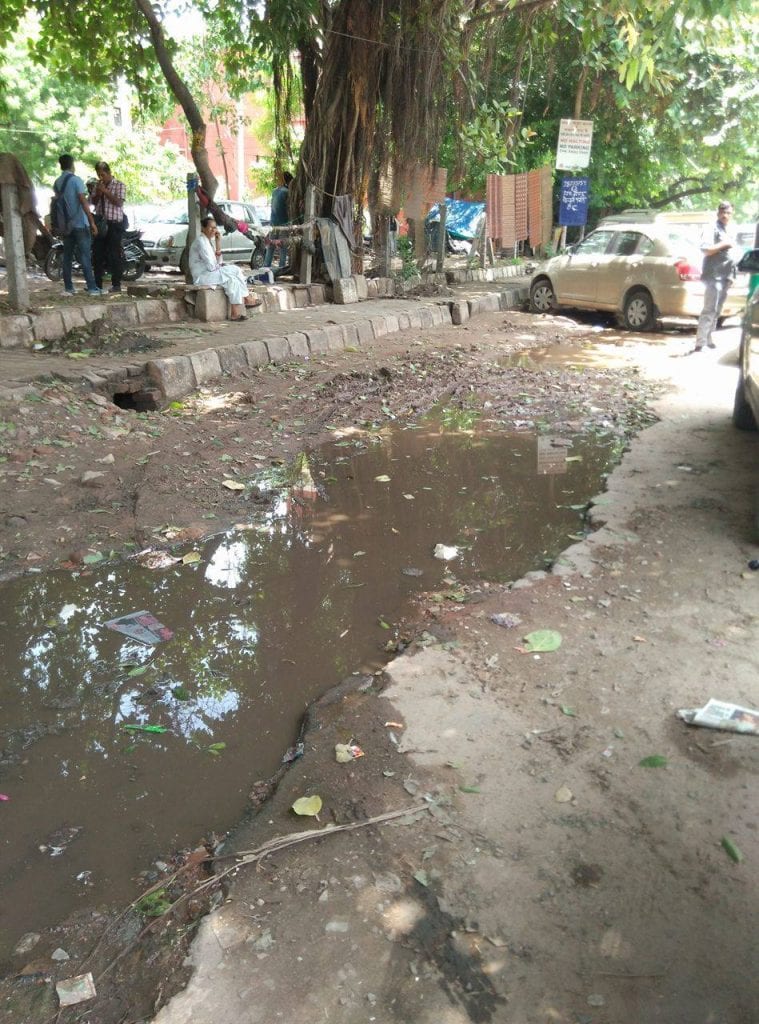 Making the road inclusive for all would require infrastructure like a well-maintained footpath, a zebra crossing and sensible traffic signal clock. 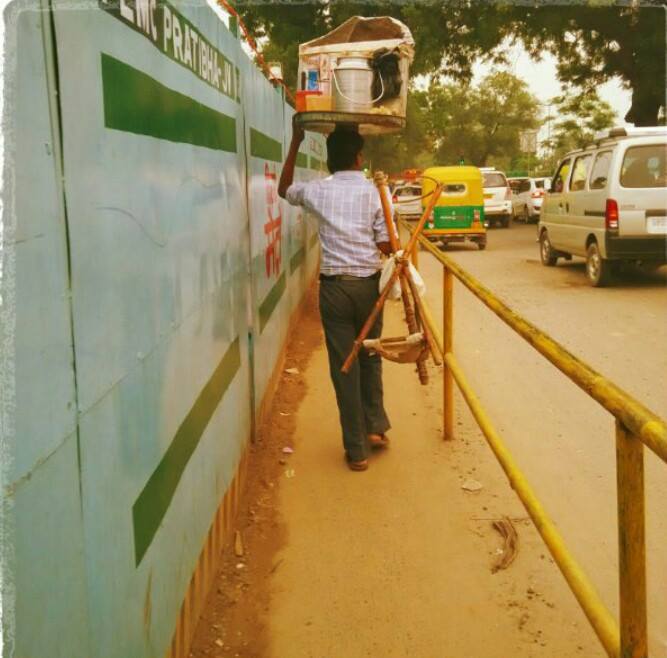 To me, walking is a leisure activity which I choose to do. But the cities need to be made walkable because there is still a major chunk of population who are bound to walk because they have no other alternative. #makeyourcityinclusive not only in thought but also in practice.

Tell us what are the obstacle you face as pedestrians in your cities in the comments section below. Making roads inclusive will be a step further to #makeyourcityinclusive.